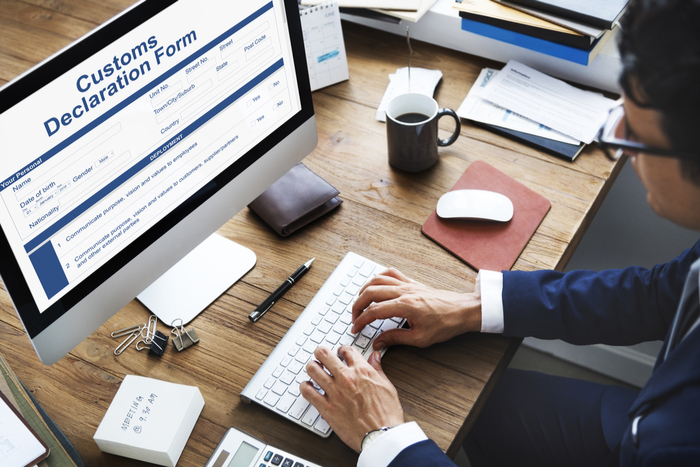 In a second reversal in recent weeks, US Customs and Border Protection (CBP) and the US Treasury Department will again allow importers to apply to defer some of the duties they owe for 90 days as they cope with the financial impacts of the ongoing COVID-19 pandemic.

The Trump administration late Sunday said it will give importers the opportunity to temporarily delay duty payments on goods that entered the United States in March or April. The potential deferral does not apply to goods subject to existing trade enforcement actions under Sections 232 and 301, and other trade remedy cases, including imports subject to antidumping or countervailing duties. The 232 and 301 remedy actions relate to tariffs assessed on imports from China and the national security investigation on steel and aluminum imports, respectively.

The temporary deferral is also only available to “importers of record with a significant financial hardship to deposit certain estimated duties, taxes, and fees that they would ordinarily be obligated to pay as of the date of entry, or withdrawal from warehouse,” according to a temporary final rule released by CBP and the Treasury Department Sunday.

Stacy Ettinger, an international trade attorney with the Washington, DC, law firm K&L Gates, cautioned that duty postponement is not the same as cancelation. “Deferring is not the same thing as never having to pay them,” she noted. “The bill is going to come due at some point.”

Importers and their customs broker representatives have navigated a twisting course over duty deferrals the last few weeks. CBP in mid-March issued a bulletin saying importers could apply to defer duties as the coronavirus disease 2019 (COVID-19) started wreaking havoc on the US economy. Those applications were being considered on a case-by-case basis, with importers instructed to email a single CBP official with their application. However, CBP reversed course a day later, rescinding the opportunity to defer duties.

To qualify for the reinstituted temporary duty postponement, an importer must demonstrate a “significant financial hardship.” CBP said that means an eligible importer’s operations must have been fully or partially suspended during March or April due to government orders limiting commerce, travel, or group meetings because of COVID-19.

The importer must further demonstrate that because of those restrictions, its gross receipts between March 13-31 or in April must be at least 60 percent lower than those for the comparable period in 2019. “An eligible importer need not file additional documentation with CBP to be eligible for this relief, but must maintain documentation as part of its books and records establishing that it meets the requirements for relief,” CBP said.

Susan Kohn Ross, a Los Angeles trade attorney with the law firm MSK, said in an update to clients Monday that importers should “make sure to consult with your customs broker, but do not be surprised if many are unsure about the application of this newly announced program, due to the timing of its rollout.”

Some importers and customs brokers may be confused by the abrupt turn, as well as the fact that the decision was made over the weekend, Ross said, with CBP briefing trade associations Sunday and Monday.

The decision to reinstitute the deferral was welcomed by import trade associations, such as the Footwear Distributors and Retailers of America (FDRA) and the Retail Industry Leaders Association (RILA).

“Allowing companies hit hardest by COVID-19 to defer certain duty payments for up to 90 days will improve liquidity and cash flow for those retailers who have closed stores during this crisis,” RILA president Brian Dodge said in a statement. “As stores are closed and foot traffic has plummeted, retailers are taking extraordinary steps to keep their businesses running.”

Dodge, however, argued that retailers would benefit further from a 180-day deferral of duty payments.

Meanwhile, Ettinger said that for many importers, standard duties are not a huge imposition because most US imports are subject to low or zero duties.

“The important thing to remember is there are two sets of ‘buckets’ of duties,” Ettinger said during a Global Trade Disruptions webcast held Thursday by the Virginia Economic Development Partnership. “Standard duties, which are our normal customs duties, even if they’re deferred, for most companies, this is not a big help because most companies’ standard duties are really low. Most products coming into the US have a zero standard duty. And those that have duties, they’re really low — 3 percent would be our average at the most.”

Ettinger said while there’s a “continued push” from companies subject to the other “bucket” of duties — i.e., those related to the 232 and 301 tariffs — to allow them to defer duty payments, that’s unlikely because it’s “anathema” to the current administration’s position on trade. “You have retailers banding together, [while] industry and elected officials are really pushing to suspend or defer these other types of duties — the China tariffs, the steel and aluminum tariffs, the tariffs on European imports,” she said. “Those are 25 percent, so that makes a huge difference.”

Outlook 2021: New US ‘trusted trader’ programs likely to be mandatory

How to Improve OTIF: 15 Tips for On Time and In Full Delivery
END_OF_DOCUMENT_TOKEN_TO_BE_REPLACED