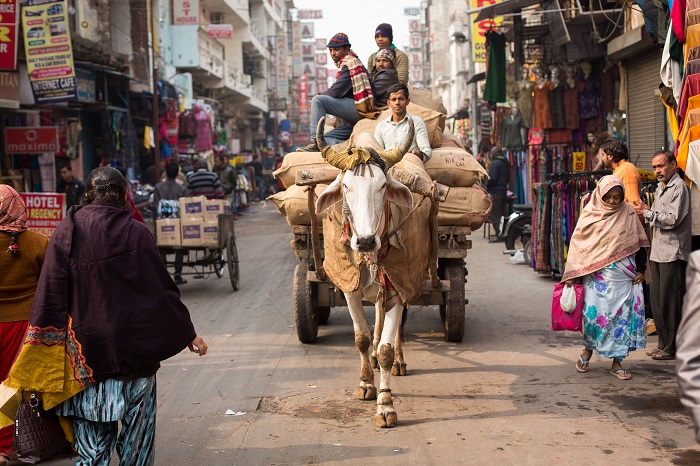 The measures are a followup to a joint customs session in Dhaka in August, when Bangladeshi officials highlighted that border bottlenecks were causing long truck lines and crippling freight. Photo credit: Shutterstock.

India is taking steps to speed up over-the-road exports to Bangladesh, as the two sides work to accelerate bilateral trade.

The government of India this week issued a decree unveiling plans to automate customs procedures at its badly congested Petrapole checkpoint and allow exports via Gede, another point bordering Bangladesh, also aided by electronic processes.

Those measures come as a followup to a joint customs session in Dhaka at the end of August, when Bangladeshi officials highlighted that border bottlenecks were causing long truck lines and crippling freight through Petrapole.

To address those issues, Indian customs authorities have been told to set up an “electronic cargo tracking system [ECTS]” at various inland container depots and container freight stations designated to handle export cargo before being trucked to Petrapole and Gede.

“The goods to be exported shall be stuffed in a closed body truck or container, as is convenient to the exporter, and sealed with ECTS seals. The officer shall remove the ECTS e-seal and allow the movement of the container/closed body truck, as the case may be, across the border for export,” the trade notice said.

Any viable measures to speed trade would appear to be in both nations’ economic interest and occur at an opportune time. India’s exports to Bangladesh in fiscal year 2017 reached $6.8 billion, a gain of 13 percent year over year, with two-way trade totaling $7.5 billion, up 11 percent.

The government also said such electronic services will be extended to other cargo inland locations in the states of Uttar Pradesh and West Bengal “dependent on the experience gained from the pilot project.”

Shippers on both sides have largely long relied on roads for cross-border trade, but a coastal shipping agreement, signed in June 2015, is slowly but steadily driving up demand for short-sea shipping services between the two nations. A direct sea link has also obviated the need for shippers to transship goods via other foreign hub ports in the region, such as Colombo in Sri Lanka and Singapore.

Under the agreement, all freight transported between ports in India and Bangladesh are treated as “coastal traffic” with a 40 percent concession on vessel-related and cargo-related charges, whereas for those movements by roll-on, roll-off (ro-ro) vessels, concessions amount to as much as 80 percent at Indian ports.

That shipping cooperation is seen as a major boon to Indian east coast ports that have limited hinterland cargo potential regarding their peers on the west coast. To cite an example, Indian Shipping & Transport Minister Nitin Gadkari in October inaugurated a ro-ro service from Chennai Port to Mongla, Bangladesh’s second-largest gateway, which helps cut transit times and costs for Indian automakers moving finished vehicle units to destinations in the bordering country.