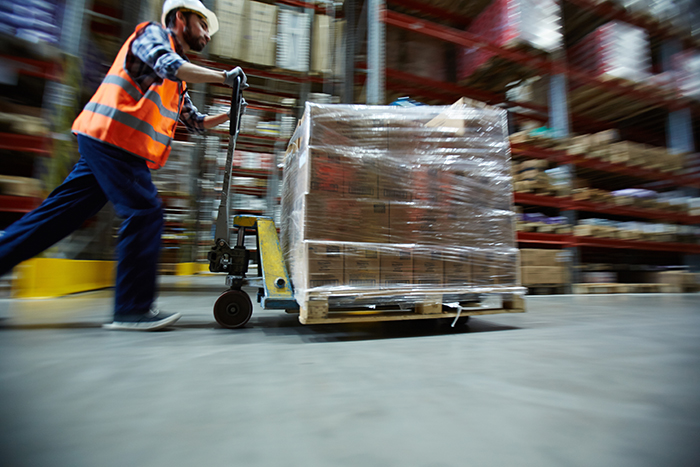 The problem is growing especially now because the logistics industry is changing. Photo credit: Shutterstock.

Editor’s note: Although a new round of Brexit negotiations resumed this week, several signals are turning to red in Europe as a “Hard Brexit” is anticipated from talks between the United Kingdom and the European Union. Pierre Liguori, director of the supply chain consultancy firm, Tokema International, will explain in a series of articles in the coming weeks how Brexit could harm trade between the United Kingdom and continental Europe, create major supply chain disruptions, and impact the logistics industry in the short and long term.

Immigration was one of the main motivations — with sovereignty — to vote "leave". The British government is therefore committed to implement more restrictive post-Brexit immigration policies, especially regarding low-skilled workers, while taking care of the status of about 3 million EU citizens currently working in the United Kingdom as part of the Brexit negotiation rounds with the European Union.

Several industries such as construction, food, or logistics have already warned of an existing shortage of resources. In the logistics industry this situation is mainly due to the lack of attractiveness of warehousing jobs. According to a recent report of the UK Commission for Employment and Skills, only 9 percent of the industry’s existing workforce is under 25 years old, suggesting that something must be done quickly to attract young people to a career in logistics.

At the United Kingdom Warehousing Association’s (UKWA's) Annual Parliamentary Lunch, held in October at the House of Lords, UKWA CEO Peter Ward said that "the shortage of labor was a problem for the logistics industry before the referendum and it has been exacerbated by Brexit and the weaker pound, which is prompting an exodus of the Eastern European labor on which our sector has relied for some years."

The problem is growing especially now because the logistics industry is changing. Automation and robotics are becoming a key feature of the warehouse of the future. Customers are expecting higher levels of services at a lower cost. As a result, third-party logistics providers are providing more value-added services and operations are likely to become more light industrial assembly production versus conventional four-wall operations. Warehousing workforces will require more skills, and more jobs will be created from drivers to warehouse designers, project managers, or warehousing technology engineers.

In addition, e-commerce is booming and emphasis is now on last-mile delivery and delivery networks transformation into more flexible schemes since Amazon started to offer same day — not to say one hour — delivery. In the Daily Telegraph, Clipper Logistics CEO Tony Mannix also warned “of a shortage of staff to work in warehouses amid increasing demand for click-and-collect shopping services."

“Also high on the agenda is the shortage of staff in the logistics sector as an aging workforce retires, whilst the weakened pound and uncertainty over EU citizenship conspire to reduce the availability of European labor," Ward added. Workers from the European Economic Area accounted for 17 percent of the UK’s warehousing workforce in 2016, according to PwC. Almost 10 percent of commercial drivers in the United Kingdom are from other EU countries. The challenge for the British logistics industry is therefore to bridge the talent gap and to remain cost-competitive towards other countries in Europe that are trying to benefit from Brexit and the expected European supply chain redesigns.

One of the regions usually seen as well-located to attract distribution centers to “cover” the British market in the future is the Northern France region (Hauts-de-France). Logistics accounts for 14 percent of employment in the region but the industry is facing exactly the same kind of issues as the United Kingdom: lack of attractiveness, especially with the youngest workers, difficulty finding the proper skilled workforce despite an unemployment rate of more than 10 percent in the region, and much higher costs. The average wage of a warehouse worker accounts for €11.40 per hour (£10.03; $13.50) compared with an average wage of £7.50 per hour in the United Kingdom, but French workers' productivity is higher as the legal working time is 35 hours per week. Last but not least, employers' social contributions on salary account for 49 percent in France versus 13.8 percent in the United Kingdom.

Pierre Liguori is the director of the supply chain consultancy firm Tokema International.