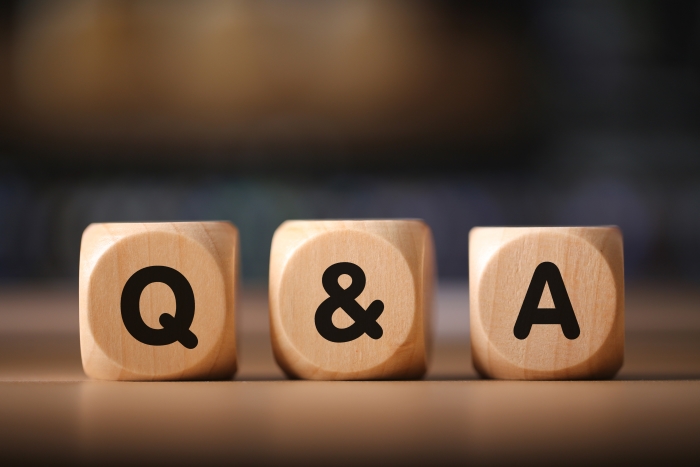 Colin Barrett, a journalist, consultant, author, and educator who for five decades answered nitty-gritty shipper questions on all aspects of transportation law, contracting, and claims, died Jan. 6 of cancer at his home in Johns Island, South Carolina. He was 81 years old.

For 48 years, Barrett researched and wrote the Q&A column that appeared first in Traffic World magazine and starting in 2009 in The Journal of Commerce and then on JOC.com. He began writing the Q&A column in 1972; his last piece was published Dec. 7, 2020.

Barrett’s Q&A column was a unique forum in the US transportation and logistics field, drawing questions on everything from damage claims, double brokerage, undercharges, freight classification, and liability limits from experienced shippers and newcomers alike.

Colin Barrett in the 1970s, when he began writing the Q&A column.

“It's a hard trick to address puzzling and in-the-weeds freight issues with such plain language, succinctness, and humor, yet Colin did just that every week or two for decades,” said Mark Szakonyi, executive editor of The Journal of Commerce and JOC.com. “His breadth of knowledge, willingness to call it as it is, and passion will be missed by JOC readers and editors alike.”

For years, the Q&A column was published at the back of Traffic World and The Journal of Commerce. For some readers, it was the first page they turned to.

Born in Connecticut in 1939, Barrett began working at United Press International (UPI) while attending George Washington University in Washington, DC. “He worked nights as a dictationist, typing up stories when reporters called them in,” his sister Alison Barrett said.

After that brief stint at UPI, he joined Traffic World in 1964. “I was relegated to the squibs and the tedious catalogs of numerous routine activities at the ICC [Interstate Commerce Commission], which appeared in the magazine in very tiny print,” Barrett wrote in a 2007 article in Traffic World's centenary issue.

The tiny print gave him a large idea that shaped his career. “I decided that since I was writing about this stuff it might be more interesting if I learned something about it,” Barrett said in the Traffic World article. “And when I did, I found it, underneath the technical jargon, fascinating.”

He parlayed his knowledge into admission to the ICC bar as a practitioner in 1968, ranking first in a national competitive exam for the privilege. The ICC bar admitted attorneys and non-attorneys who demonstrated technical competence to represent clients.

“There was always an element of amusement when transportation attorneys, their hemophiliac egos oozing, would complain he that was practicing law without a license,” Frank N. Wilner, a former editor at Traffic World, said. “Colin knew more about transportation law than many of them.”

That knowledge led him to take on the Q&A column as a freelancer when its previous writer, Harry Gay, died suddenly in 1972. The feature, introduced in April 1919 as “Questions and Answers,” had been written by several successive editors, always anonymously.

“In the 1970s, questions revolved around fine points of the law and regulation, often requiring detailed research,” Barrett wrote. “Today’s questions tend to be broader, of more general interest. And I write in the first person, not hiding behind editorial skirts.”

Barrett gave a dry and highly technical column a voice that was direct and clear, sometimes wry and combative, always informative and engaging. He was a tenacious debater when his answers were questioned, but if he was wrong, he’d admit it, and he was always fair.

“He was excellent at cutting through the complicated issues and casting aside lawyerly language and tactics to get to the heart of an issue,” said Paul Page, editor of the Wall Street Journal Logistics Report and former editor of The Journal of Commerce and Traffic World.

“The thing that stood out to me more than that was the wit he brought to his work,” said Page. “He loved taking apart legalese and finding the humor in the freight business, and he relished in bringing that to readers.” His readers relished his answers, as well as sending him questions.

On occasion, his writing took him far from the loading dock and legal arguments. He self-published several science fiction novels, including a trilogy called “Eden” revolving around humanity’s first contact with an alien species and available through Amazon Kindle.

With a career stretching from transportation’s regulatory era through deregulation, the end of the ICC, and beyond, Barrett offered his readers a rare perspective on topics often not covered by university supply chain programs, helping to educate generations of logistics managers.

Shippers will always have questions, but they may never find another answer man like Colin Barrett.

Ten more shippers pledge to use zero-carbon vessels by 2040

How to Improve OTIF: 15 Tips for On Time and In Full Delivery
END_OF_DOCUMENT_TOKEN_TO_BE_REPLACED