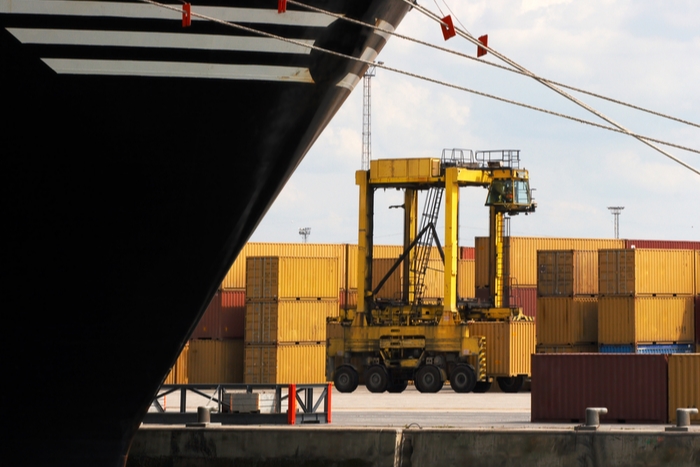 The EC will decide early in the new year whether the carrier block exemption from competition laws, to be renewed for another four years, will be extended with or without any amendments. Photo credit: Shutterstock.com.

The first task in 2020 that will face a brand new European Commission (EC), appointed in November, will be to decide whether its proposal to renew container shipping’s exemption from competition laws for another four years should be passed with no amendments.

A feedback period calling for submissions for and against the proposal closes on Jan. 3, and while the four-year extension will go ahead when the current block exemption expires in April 2020, the EC has not ruled out “fine tuning” the regulation.

Whether that fine tuning will be enough to satisfy shipper organizations remains to be seen. The European Shippers’ Council, which has vowed to fight the proposal, said it is expecting the commission “to conclude with a different decision from the current proposal.”

Another voice against the renewal of the Consortia Block Exemption Regulation — or BER, as it is known — in its current form is Olaf Merk of the International Transport Forum, an arm of the Organization of Economic Cooperation and Development (OECD).

In an ITF blog post this week, Merk said at the heart of unease over the BER was the fear that a cartel-like constellation might be re-emerging with alliances able to coordinate schedules, prices, and available capacity.

While joint capacity planning for ‘adjustments in response to fluctuations in supply and demand’ was allowed by the BER, Merk said there was evidence that carriers might have coordinated orders for new mega-ships as well as the timing of ship dismantling within alliances.

“Also, most of the so-called blank sailings — the cancellation of a scheduled weekly service — are done simultaneously by different consortia and alliances,” he said. “While some interpret this as joint capacity adjustments in response to fluctuations in supply and demand, others might suspect concerted action to influence freight rates. Because the different shipping consortia and alliances are heavily intertwined, even detailed coordination between them is not particularly difficult.”

The EC gives essentially three main justifications for prolonging the block exemption. Firstly, it believes the BER makes the competition law assessment easier and provides greater legal certainty, thereby reducing risk. It also reduces the costs of competition compliance, and the EC believes that without it, competition rules would become more complex and would involve a more detailed self-assessment. A third justification is that the EC regards the BER as being consistent with other EU policies, such as environmental protection and technological developments, while contributing to the global competitiveness of the EU shipping sector.

The submissions currently received by the EC and listed on its website include feedback from Cosco Shipping, which unsurprisingly supports the renewal of the regulation, noting that “market conditions of the liner-shipping sector still appear to necessitate a sector-specific BER.”

An anonymous submission from China warned that not renewing the block exemption could impact the views of governments in other jurisdictions. “Liner shipping is an international business and there are many legislations and standards that need to be followed. Consortia Block Exemption Regulation can not only provide legal certainty for the shipping industry, it may also strongly cause marked changes in many national authorities' attitudes and policies towards consortia agreements,” the submission noted.

The renewal of the BER was also endorsed by carrier trade group the World Shipping Council (WSC), which said in a November statement that the regulation provided a “safe harbor” under European competition law for vessel sharing arrangements that had a market share up to 30 percent.

“Consortia allow carriers to provide their customers with better services at lower cost, with improved environmental performance,” said John Butler, president and CEO of the WSC.

In his assessment of the BER, Sea-Intelligence Maritime Consulting CEO Alan Murphy noted in a recent newsletter that he saw little justification for container shipping to be afforded exceptional protections from normal antitrust regulations. However, he conceded that a lifting of the BER would limit smaller carriers from fully engaging in vessel sharing arrangements and slot agreements, “further widening the advantages of the mega-carriers, a challenge we view with considerable concern.”