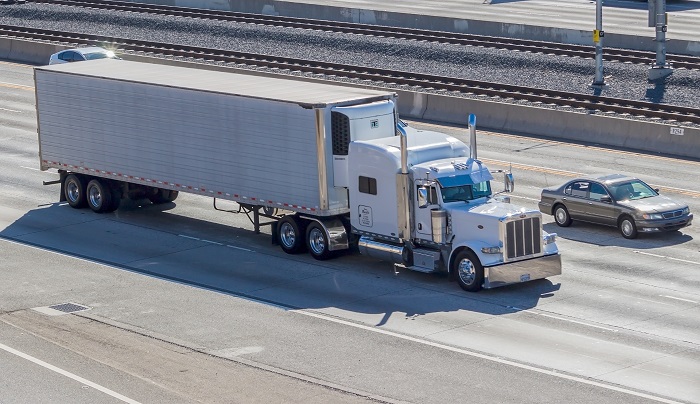 OAK BROOK, Illinois — US truck and intermodal rail volumes, and freight rates, are at or near their peak levels of the year, and although growth will continue into 2019, it will moderate due to economic factors and trade tensions.

Two major developments have produced unusually strong price increases in international and domestic freight movement this year, analysts told more than 370 attendees of the JOC Inland Distribution Conference in Oak Brook on Tuesday. Capacity shortages, more than trade growth, have forced prices higher. Also, Trump administration tariffs on imports from major US trading partners since the summer, and the fear of another increase on Jan. 1, 2019, to 25 percent, on imports from China, have caused a front-loading of shipments, distorting the normal trade flows.

Analyst and Consultant Lawrence Gross said that although intermodal volumes through summer were strong, due in part to some diversion from truck, the September numbers indicate a slowdown may have begun. The 7 percent growth this summer was down to 2.2 percent in September. “There is a bit of a slowdown, although it’s still growing,” he said. The increase in trailer-on-flatcar volume this year is an indication that trailers have picked up the demand that domestic containers were not able to handle. Intermodal rail volume is 50.6 percent international and 49.4 percent domestic, said Gross.

There is no doubt that trade policy uncertainties involving US imports from China, the NAFTA partners of Canada and Mexico and the European Union, resulted in front loading of shipments this summer, said Chris Christopher, executive director of economics at IHS Markit, JOC.com's parent company. However, tariffs on consumer merchandise and manufacturing inputs are forcing prices higher, which will impact spending in the new year if tariffs continue, he said.

Front loading of imports is having quite a noticeable impact on the timing of import volumes this year, said Daniel Hackett, partner in Hackett Associates. In at least seven of the past 10 years, August was the peak import month, but this year, for the first time, July is the peak. Other factors, including the January tax cut and low unemployment, generated strong consumer spending, further fueling the early shipment of merchandise for back-to-school and holiday season merchandise, he said. Also, the growth of e-commerceis leveling the normal peaks because inventories are turning much faster and imports are therefore higher each month compared to past years. On the other hand, if the front loading of demand continues due to the 25 percent tariffs on China scheduled to take effect on Jan. 1, the impact will be to rob cargo from the first quarter of 2019, Hackett said.

The consensus among the speakers at JOC Inland is that international and domestic freight volumes have or will peak this year, and growth will moderate noticeably next year, although the strength of the US economy will continue through 2019 and will still produce an increase in freight volumes by the end of next year.

Truck demand slowed in September with the American Trucking Associations’ For-Hire Truck Tonnage Index falling 0.8 percent from August to 111.8. ATA Chief Economist Bob Costello noted that although truck freight slowed at the end of the third quarter, tonnage in the period, thanks to a strong July, was up 0.1 percent from the second quarter and 5.2 percent higher than third quarter 2017.