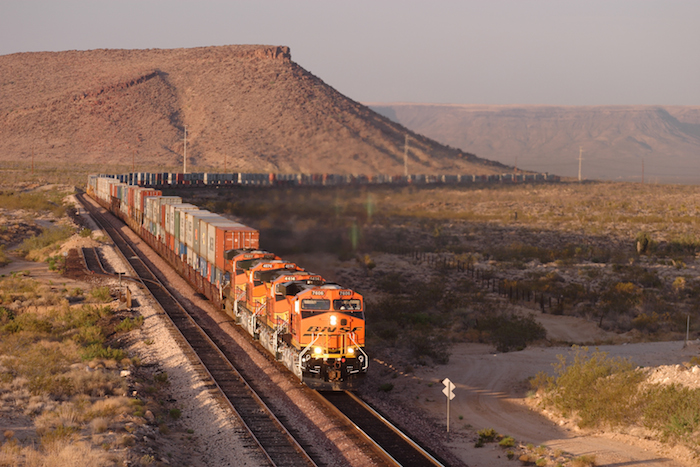 U.S. intermodal trains on average are moving faster, suggesting the major railroads are finally gaining some significant traction on service improvements. But they still have a ways to go before delivering the level of service shippers had come to expect before last winter.

Declining intermodal volume growth due to the winding down of the peak shipping season and a Thanksgiving respite is giving railroads a chance to restore network fluidity that was battered by cargo backlogged during the 2013-2014 winter and steadily rising freight demand.

The average U.S. intermodal train speed in the week ending Dec. 5 was up 1.7 miles per hour from the week prior and up 2.6 mph in the last two weeks, said Larry Gross, a senior consultant at FTR Associates.

Average intermodal trains speeds in the first week of December — for every Class I railroad but Canadian Pacific Railway — were still down 3.8 percent year-over-year. Intermodal train speeds are one of the few publically available metrics of rail performance, as the railroads don’t regularly disclose their on-time performance rates.

Although the intermodal train speed improvements show “the railroads are slowing getting their intermodal service acts together,” the industry won’t likely get service back to mid-2013 levels before spring 2016, John Larkin, managing director of the Stifel Transportation & Logistics Research Group, told JOC.com. Capital investments to add more rail capacity take time to be built out, and fluidity is hard to restore, especially when demand won’t let up. Aside from the week ending Dec. 6, in which U.S. carload volume jumped 11. 3 percent year-over-year, weekly carload volume gains have been in the low single-digits, a sign of limited capacity and the slow crawl ahead in reducing backlogged cargo, Gross told JOC.com.

Larkin said his estimate is dependent on volume moving efficiently through Chicago, the largest U.S. freight hub, this winter. While intermodal train service was showing signs of fraying before the 2013-14 polar vortex hit, harsh temperatures and inclement weather served a knock-out punch to service, forcing  drayage drivers to park vehicles for days and gridlocking trains in the Windy City. The surprise for many analysts and shippers is how little intermodal service improvement the railroads  as a whole have been able to make since then.

“The wild card is that plummeting oil prices could eliminate some of the new energy business,” said Larkin, referring to how the uptick in frac sand and oil shipments has slowed down network fluidity. “That might open up more capacity earlier than 2016 and allow for more fluid intermodal operations as early as the spring of 2015.”

The railroads “are unlikely to be able to get their houses completely in order” in early 2015, concluded Jason Kuehn, a vice president in the surface transportation practice at consulting firm Oliver Wyman, and Jarod Hage, a specialist in the firm’s multimodal systems practice, in a column that will be published in The Journal of Commerce's Annual Review and Outlook issue on Jan. 5. In addition to beefing up their capital plans, the railroads have deployed more locomotives and hired several thousand train service employees to help restore fluidity.

“These assets and resources may not be brought online in time to clear existing traffic backlogs, however, even as a new record harvest is being readied for market and potentially disruptive winter weather moves in again,” Kuehn and Hage wrote.