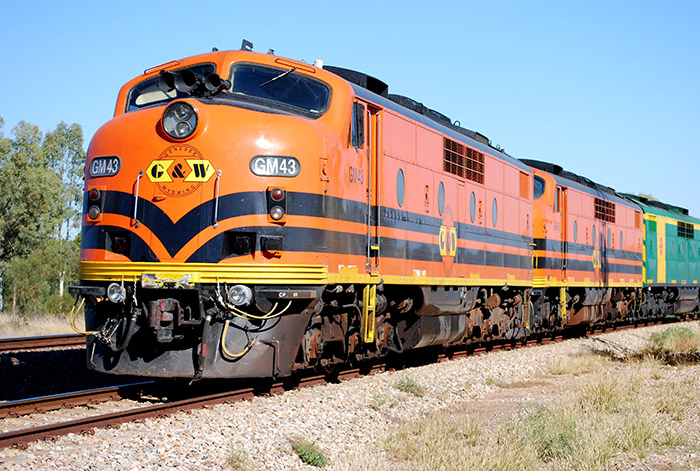 The acquisition will allow G&W to serve customers moving cargo through alternative gateways in the northeast not served by major Class I railroads.

The move will help G&W, a railway highly dependent on now-slumping carload traffic, tap into an intermodal customer base via connections to Class I carriers moving cargo to and from the East Coast’s busiest port terminals in New York and New Jersey. But the $126 million acquisition could also allow G&W tap intermodal shippers searching for ways to avoid sporadic congestion at the Port of New York and New Jersey by using ports such as Maine's Port of Portland.

A gateway the size of Portland can only provided limited relief for the large number of shippers moving goods through New York and New Jersey. Nevertheless, the Maine port has made significant progress just in the past year, now boasting biweekly calls that provide direct connections with North Europe and Asia via the Port of Halifax in Canada.

G&W, based in Darien, Connecticut, owns or maintains interests in 120 railroads throughout five countries in the U.S., Canada, Australia, Belgium, the Netherlands and the United Kingdom. In North America alone, the company operates more than 13,000 track miles. The Worcester, Massachusetts-based P&W, meanwhile, operates 163 miles of owned track and more than 350 under track access agreements, entirely within Connecticut, Rhode Island and New York.

The acquisition announced Monday will add together those miles as well as bring P&W’s rail connections to three ports — at Providence and Davisville, Rhode Island and New Haven, Connecticut — and a Customs-bonded intermodal terminal in Worcester, Massachusetts into G&W’s North American network.

Upon approval by U.S. Surface Transportation Board, the top U.S. regulatory agency, P&W will be managed as part of G&W’s Northeast Region.

The acquisition will allow G&W to serve customers moving cargo through alternative gateways in that region not served by major Class I railroads. That includes ports like Portland, which received its first ever shipping containers via rail at the start of the year.

Perhaps not coincidentally, the port posted double-digit volume gains in the first half of 2016. Container traffic on the Portland waterfront skyrocketed 41 percent year-over-year, from 2,699 20-foot-equivalent units to 3,810 TEUs. The revival of the transportation sector in Portland, and Northeastern ports like it, will play a critical role in G&W’s future, especially as carload commodity volumes continue to plummet and railways of all sizes become more reliant on intermodal traffic.

G&W’s intermodal traffic in the first half of 2016 has been flat compared with 2015 figures. That’s still substantially better than traffic volume at larger Class I railroads, which have seen intermodal volume slip in recent months.

P&W's intermodal traffic, on the other hand, was down 8 percent year-over-year in the second quarter. Nevertheless, P&W executives have billed their intermodal business as a “leading revenue commodity” and one that will play an integral part in the P&W network's business as larger and larger ships begin to transit an expanded Panama Canal and visit East Coast ports.

The P&W acquisition is only the most recent in a string of purchases for G&W. The Connecticut company has listed acquisitions as one of its top priorities and the company has pursued a fair number in the past five years alone.

In February 2015, G&W agreed to acquire a 95 percent share of Freightliner, the U.K.'s second-largest rail freight company. In July 2012, G&W acquired RailAmerica, what was once the second-largest short line rail operator in the U.S., expanding G&W’s footprint from 24 states to 37 states.

Global Shipping Outlook: A Sneak Peek at 2021
Port Performance North America: Managing Cargo Flow During a Pandemic — and Beyond
END_OF_DOCUMENT_TOKEN_TO_BE_REPLACED