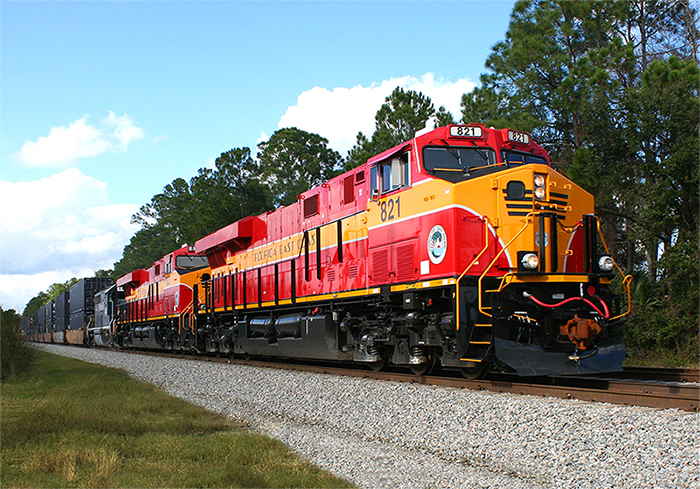 The predecessors of Florida East Coast Railway were first established in the late 1800s.

The investment group that owns Florida East Coast Railway and TRAC Intermodal, the largest US provider of intermodal chassis, has been sold to Japanese technology giant SoftBank Group for $3.3 billion.

Fortress Investment Group last fall was reported by Bloomberg to be exploring a sale of the FECR, which it acquired and made private in 2007. Fortress also has attempted in recent years to sell or issue an initial public offering for TRAC, which it acquired in 2007.

FECR operates about 350 miles of track along the east coast of Florida, between Jacksonville and Miami. TRAC has an active fleet of more than 267,000 chassis and has more than 600 locations for marine chassis, more than 60 for domestic equipment, and 60 depots in North America.

Softbank said Fortress will continue to operate independently and be based in New York. Fortress manages about $70 billion in assets and invests in real estate, credit, and private equity.

Softbank is owned by Japanese businessman Masayoshi Son. It has been investing heavily in technology and communications through acquisitions including the $32 billion  purchase last September of UK microprocessor designer ARM Holdings PLC, and the 2013 acquisition of control of US mobile-phone carrier Sprint Corp.

Fortress company was founded in 1998 and is listed on the New York Stock Exchange. Fortress manages about $70 billion in assets and invests in real estate, credit, and private equity, and in 2007 was the first US hedge-fund manager to sell shares to the public. An initial public offering at the time valued the company at more than $7 billion.