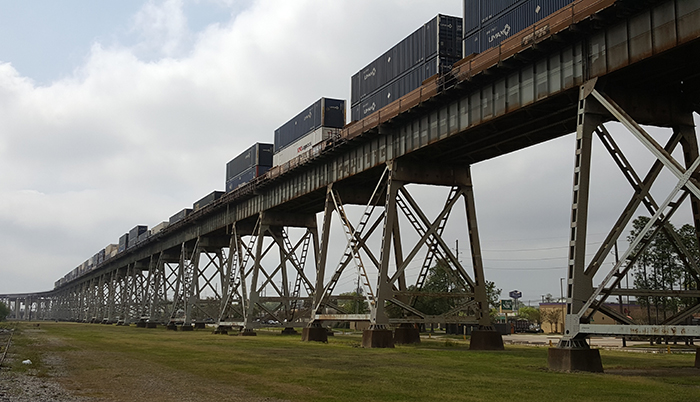 Mayor Mitch Landrieu’s administration floated the idea of selling the city-owned New Orleans Public Belt Railroad but last November said it would instead seek a public-private partnership that would provide cash for the financially strapped city.

A review committee plans to ask the potential concessionaires to provide more details and firm proposals, with the goal of selecting a winning proposal in June.

Port officials and port businesses favor keeping the Public Belt as it is. They say changing the railroad’s management and operations could raise rates, weaken service, and complicate efforts to increase the 8 percent share of the port’s container traffic that now moves by intermodal rail.

Brandy Christian, CEO of the Port of New Orleans, said customers are happy with the Public Belt’s service, which includes switching for the six Class I railroads serving the port, and direct service to about 20 industrial customers in the port area.

The port, its tenants, and the Class I railroads “are extremely pleased” with the performance of the Public Belt, Christian said this week at the Cargo Connections Conference.

The five companies submitting initial acquisition proposals, ranked in order by the privatization review committee, were:

—MidRail, which offered a $55 million upfront payment and $76 million in total lease payments, which the city's analysts calculated to be worth $88 million when discounted to reflect present-day value.

—Genesee & Wyoming and Oaktree Capital Management, a partnership that offered $20 million upfront and $113 million in lease payments, calculated as a total of $66.5 million in present-day value.

—OmniTRAX, which offered a $30 million upfront payment and $78 million in lease payments, calculated as $64 million in present-day value.

The Public Belt was created in 1908 to be a neutral switching service between railroads serving the port. It operates more than 100 miles of track in and around the city, and owns the Huey P. Long Bridge, a 4.5-mile-long rail-highway bridge over the Mississippi River.

“It was built for the Port of New Orleans,” Christian said. “We are extremely pleased with their performance. The Class 1s and our tenants are extremely pleased with the performance of the Public Belt.” She said that if the railroad is privatized, the port authority will work to ensure that the railroad “continues to operate in the best interest of the port.”