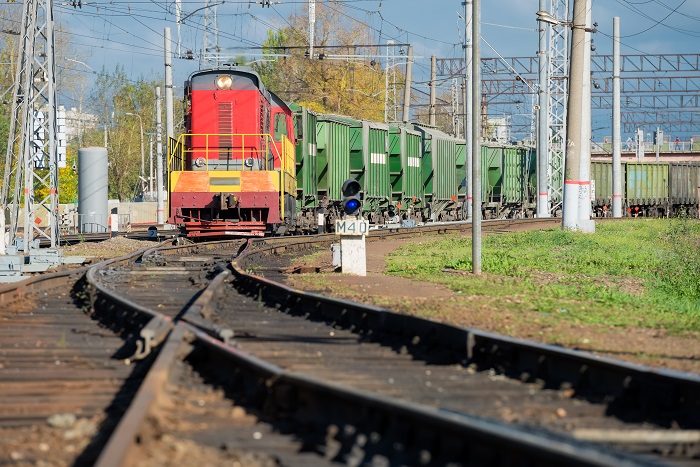 Low freight train speed has been a longstanding, major problem in Russia, something that has hindered transport of Asia cargo through Russia and also Kazakhstan. Photo credit: Shutterstock.com.

China shippers transporting cargo to the European Union via Russia will be able to have their cargo delivered substantially faster on many routes, including sections of the Trans-Siberian Railway (Transsib), as a result of recent upgrades to Russia’s railway system, Russian officials announced this week.

Cargo can now make the East Russia-Europe trip in about six to seven days, as opposed to 10 to 11 days previously, owing to railway improvments that enable higher speeds.

Low freight train speed has been a longstanding, major problem in Russia, something that has hindered transport of Asian cargo through Russia and also Kazakhstan.

The higher speeds have also enabled officials to increase the number of daily trains on the Transsib, as well as their trip length: to 1,750 to 1,800 kilometers from 1,400 to 1,500 kilometers.

Officials also increased the container railcar supply by renovating passenger railcars. According to Vladimir Kosoy, president of the Russian Center for Economic Infrastructure (and a Russian shipping analyst), passenger trains can be perfectly converted to container cargo transport after their refitment. Cargo is placed on pallets, existing containers, or in newly built containers.

Transport companies also hope to attract more shippers to the Transsib as a result of the introduction of a stricter rail timetable.

Also, high-speed rail services will be launched on the current Moscow-Kazan-Ekaterinburg rail route; the new service will connect central and eastern Russia.

According to Russian railway monopoly RZD, the rail system improvements, so far, have not resulted in substantially higher tariffs on Transsib, which currently are $6,000 to 7,000 per TEU. This price is typically affordable for shippers and transport companies specializing in the delivery of high-priced cargo in containers, rail officials agree.

The rail price, however, is significantly higher than China-to-Russia by ocean carrier transport, which costs about $1,200 to $2,000 per TEU, depending on the season. Currently, cargo delivery from Shanghai to St. Petersburg is about $1,500 per TEU. From Vladivostok seaport, a considerably longer route, the cost is higher: about $3,800 to $4,000 per TEU.

The government of China’s initial plan called for the re-direction of up to 15 percent of its container cargo flows currently transported to the European Union by ocean carrier to be shifted to rail transport. However, the plan will likely be revised, as the use of the New Silk Road remains unprofitable for the majority of transport companies involved in transit on it.

Meanwhile, Russia continues to subsidize transport, which has been a factor in rail’s volume growth, and all indications are that this policy will continue for the forseeable future. In the past two years, China-EU/China-Russia volume has increased about 60 percent to 420,000 TEU in 2017, according to Russian Minister of Transport Maxim Sokolov. The Russian government hopes additional railway upgrades will help China-EU and China-Russia traffic increase to 1 million TEU by 2020. The majority of this traffic will be on the Transsib, with an average daily run being 2,000 kilometers.

Evenutually, Kosoy said, Russia hopes to increase the average train speed on Russian territory to 160 to 180 kilomters per hour. However, most analysts agree that speeds higher than 90 to 100 kilometers per hour probably will not be impossible, due to the high rate of rail utilization and lack of modernization.