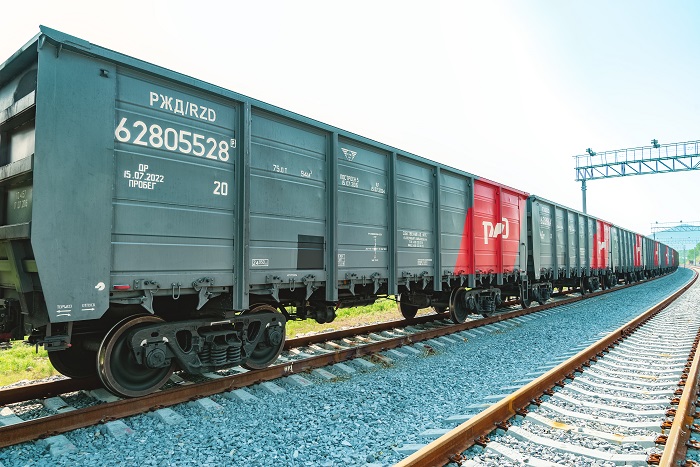 Russia would like more cargo containers transported by rail in the years ahead. Photo credit: Shutterstock.

Aiming to accelerate use of containerized rail usage, the Russian government wants to eliminate domestic rate disproportions and prevent partial-loaded trains, but shippers and transportation providers question the effectiveness and warn it could actually dampen conversion of freight from truck transport.

As part of this process, the Russian Ministry of Transport has put forward a proposal to eliminate domestic rate disproportions and introduce measures to prevent partial-load container trains on Russian railways.

The current Russia rate system provides discounts for loading of containers only in sets, not single containers, which often results in underutilization of container trains in Russia. Under the government's proposal, these rules will be changed in order to increase transportation efficiency.

However, the new state proposal is already being criticized by some leading Russian shippers and transport companies, which argue the ban on incomplete shipments is a senseless measure, and is destructive, given the current railway fleet shortage in Russia and high transportation rates. According to them, the majority of Russian transport operators are already trying to fully-load their transport systems, while for small shippers and unpopular routes, the new state proposal may result in cargo outflows.

Analysts forecast that rail transport will continue to increase its share of the cargo container transportation market in Russia in the years ahead — a gain also triggered by its lower cost, compared with vehicle transport.

For example, the vehicle transport cost for a TEU on the Moscow-Novosibirsk route — the route, linking the European and Siberian parts of the country — is estimated to be 83,000 rubles ($1,421); the rate for a FEU is 105,000 rubles. The delivery time is seven days.

At the same time, on the Moscow-Vladivostok route — the route linking the European and Far East parts of the country — the vehicle transport cost is 119,000 rubles and 162,000 rubles per TEU and FEU, respectively. The delivery time is 14 days.