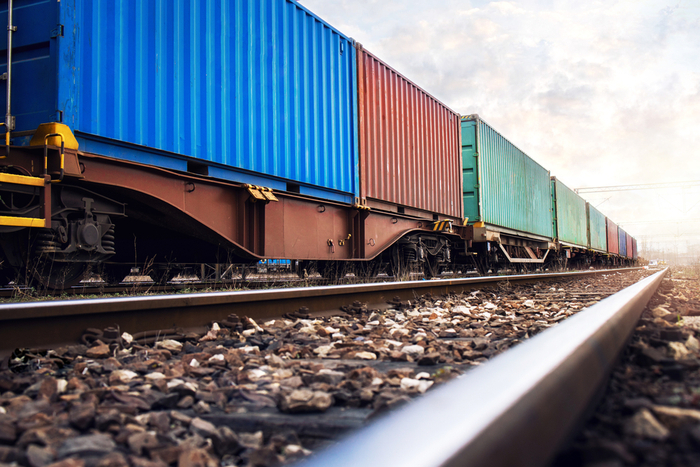 China has been steadily cutting back its state subsidization of the rail freight network with Europe. Photo credit: Shutterstock.com.

The high rates and sustained demand for China-Europe rail service is expected to continue through 2022, and forwarders believe the strong market conditions will help the network withstand any further scaling down of Chinese subsidies this year.

“The rates are so high, or so competitive, that the costs can already be covered, and that was basically the plan from the beginning,” Martin Koubek, director of the Silk Road at rail transport operator Metrans, told JOC.com in an interview.

“We can expect subsidies to be much lower this year,” he added. “Maybe some local governments will place subsidies locally, but the subsidies don’t make that much sense anymore.”

The subsidies were introduced by Beijing in 2016 to stimulate demand as part of its Belt and Road trade strategy and help ease the operating costs of forwarders in order to improve the economic viability of the rail network linking Asia with Europe.

But China has been cutting back rail subsidies offered by the central and state governments over the past few years, mostly on the headhaul westbound trade lane, and the subsidies were set to end this year. However, there have been reports that China will allow some regional governments to continue to allow subsidies through 2023 in a concession to the impact of COVID-19.

At their peak before the pandemic, forwarders were reporting subsidies of up to $5,000 per FEU on the headhaul China to Europe rail routes. The subsidies this year are believed to be about $1,000 per FEU.

Peter Sand, chief analyst at rate benchmarking platform Xeneta, said current subsidies offered on the rail network were “small by any scale,” and have gradually been reduced by China over the past few years, officially from no more than 50 percent of freight cost in 2018 to 30 percent in 2020. However, Sand did not believe subsidies would be fully eliminated this year, adding that even if they were withdrawn completely, it would not matter in the current high-rate market.

“But in the longer run when ocean shipping, the prime alternative to rail, begins facing lower rates again, a lack of subsidies may impact the China-Europe rail services,” Sand said. “Right now, you get a faster service by rail for more or less the same price as ocean shipping. Once that ratio normalizes, shippers will go for rail only when time is of the essence, and only when they have low volumes. It is important to recall that volumes moved on rail are low compared to what is moved on ocean.”

In 2021, about 15,000 trains ran on the Asia-Europe rail network carrying just over 1 million TEU, according to Thomas Kowitzki, head of China rail and multimodal at DHL Global Forwarding Europe. By contrast, in the first 11 months of 2021 — December numbers are not yet available — 7.6 million TEU was carried by ocean from China to Europe, according to Container Trades Statistics (CTS).

Rail network not yet commercially viable

DB Schenker was also not convinced the network was ready for subsidies to be dropped. A spokesperson for the forwarder told JOC.com that although rates were “quite high,” China-Europe rail could not yet operate as a 100 percent commercial product, with the eastbound trade “extremely subsidized.”

Xavier Bour, global head of ground and rail at CEVA Logistics, said rail subsidies will likely be withdrawn, although he did not give a timeline.

“Based on the current market situation, operational subsidies should disappear as [the China-Europe rail option] has proven to be a cost-effective and reliable option for shippers,” he told JOC.com.

The selling point of China-Europe rail is that the overland route is far cheaper than air and a much quicker option than ocean, and COVID-19 disruptions have magnified those price and time differences.

Compared with air, the high rail rate levels remain well below those of air freight from China to North Europe. According to UK-based forwarder Davies Turner, the less-than-container-load (LCL) rail rate from Wuhan to its UK container freight station is $0.74 per kilogram, 8.5 times cheaper than this week’s air freight rate of $6.32/kg from Shanghai to North Europe, as assessed by the Baltic Air Index (BAI).

Persistent congestion at ports in China and North Europe hubs has greatly extended container shipping transit times, cut available capacity, and pushed rates higher. Ocean shipping rates of three months or less from Asia to North Europe ports this week reached $14,727 per FEU, while contract rates longer than three months are at $9,348 per FEU, according to rate benchmarking platform Xeneta. That compares with rail rates for full containers from Chinese terminals to North Europe terminals that are currently about $13,000 per FEU, forwarders tell JOC.com.

Charleston moves ahead with plans for near-dock intermodal facility

How to Improve OTIF: 15 Tips for On Time and In Full Delivery
END_OF_DOCUMENT_TOKEN_TO_BE_REPLACED