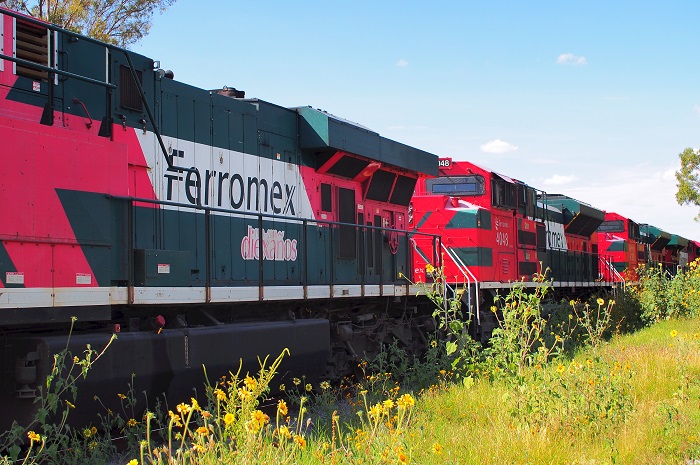 The Mexican Federal Competition Commission concluded in a preliminary report released in March that the lack of competition among the country’s top three rail operators has led to unreasonable carload and intermodal prices, and too long transit times. Photo credit: Shutterstock.

An already-delayed report on whether Mexico's railroad system lacks competition will not be released in January, as had been expected, and will not be released until April, to give investigators more time to collect evidence, according to Kansas City Southern Railway, one of three main railroads under scrutiny.

KCS reported the delay on an earnings conference call last week, during which the company also expressed optimism that even an adverse outcome in the ongoing talks about the North American Free Trade Agreement (NAFTA) between the United States, Canada, and Mexico could have a muted impact on the company.

The Mexican Federal Competition Commission (COFECE) concluded in a preliminary report released in March that the lack of competition among the country’s top three rail operators — Kansas City Southern de México (KCSM), Ferromex, and its subsidiary, Ferrosur — has led to unreasonable carload and intermodal prices and too long transit times. The report said the three railroad companies, controlling 72.3 percent of the railways in the country, “can fix prices, restrict the supply, and foreclose access to their respective networks through the interconnection services to other concessionaires.”

A final report, incorporating comments from the railroad companies and others, was expected in June or July 2017. When that deadline was not met, industry observers then expected the report’s release to be in January 2018. It has been delayed again until April.

KCS said that COFECE delayed the release until April because it had “extended the discovery period.” Asked on the conference call on Friday whether the delay might be good for KCS, CEO Patrick Ottensmeyer said he did not know. “It's just a process extension so we don't have any information from COFECE that would give us insight as to whether the signal is [in] any [way a] positive or negative sentiment,” he said.

KCSM, a wholly owned subsidiary of KCS, has rejected the preliminary report, saying it did not take into account three reports released by the Organization for Economic Cooperation and Development on Mexican freight rail system that found there was plenty of competition in the system. One of the reports found there was more competition for railroads from trucking in Mexico than exists in either the United States or Canada. Ferromex and Ferrosur have also denied the preliminary report’s findings.

Once the report is completed by COFECE it will go to the Railroad Transport Regulatory Agency (Agencia Reguladora del Transporte Ferroviario), a new Mexico regulatory agency, to take any action necessary.

Since the mid-1990s, when the railroad sector was privatized, Ferromex, Ferrosur (which is owned by Ferromex), and KCSM — have largely operated independently, each with a main line in a separate part of the country. Ferrosur operates in the south, KCS in the east, and Ferromex in the west — each holding the rights to, and so controlling, the main lines, for which they have the responsibility to maintain and improve.

COFECE declined to comment on the release date but issued a statement saying the agency is still going through the steps set out by Mexican regulations for such investigations.

On the same call, Ottensmeyer also said that if the NAFTA negotiations between the United States, Mexico, and Canada — of which round six of the talks began this week — resulted in a “collapse” or the “withdrawal” of the US from the association, KCS “could scale very quickly and appropriately to preserve profitability under a wide range of scenario and potential downturn outcomes.”

He noted that only “30 percent of our revenue and volume comes from cross-border franchise moves — so it is a significant part of our portfolio but not the majority.” Moreover, he added, the “sheer magnitude” of investments in plants and supply chains that straddle the United States, Canada, and Mexico suggests that the outlook may not be too bad even in the worst-case scenarios.

“That investment is not going to go idle and we would expect that that is going to support a continuation of most of the trade values that take place between U.S. and Mexico if there were a bad outcome of NAFTA,” he said, adding, “But we need to be prepared.”