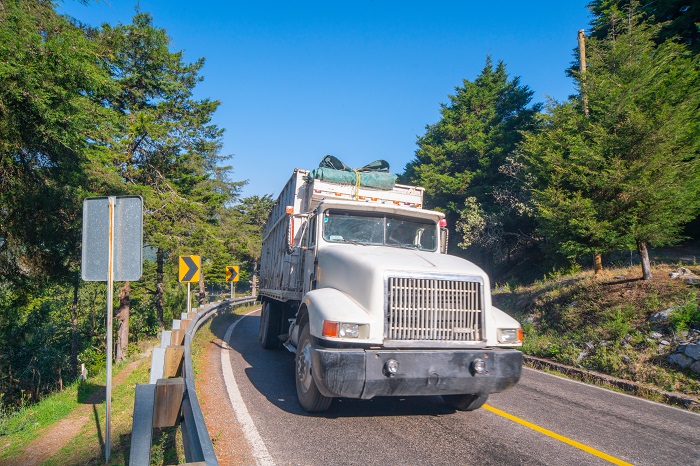 Cargo owners and transporters are fighting back against theft — and they’re deploying new tools and strategies, in what will have to be a comprehensive effort to adequately address the problem. (Above: A truck travels in Mexico.) Photo credit: Shutterstock.com.

MEXICO CITY — Rising cargo theft in Mexico is pushing shippers, railroads, and truckers to tap technology for protection as the cargo industry awaits to see whether the pledge by the country’s President-elect Andrés Manuel López Obrador to fight corruption and violence will translate into improved freight security.

The most advanced uses of track-and-trace technology in Mexico — which is focused elsewhere in the world increasingly on providing greater supply chain and equipment visibility — center primarily on monitoring the movement of cargo for signs of an attack. With that information, the shipper can alert authorities in an effort to stop the theft, speakers at the JOC Mexico Trade Forum in Mexico City said last week.

Yet that effort is only as good as the response by authorities when a shipper or trucker learns of a possible theft-attempt on the cargo, and alerts law enforcement that an attack or robbery is under way or could be imminent. What happens next — and how vigorously law enforcement responds — is key. Some in the industry are hoping that López Obrador’s stated desire to crack down on the corruption, which often includes the involvement of law enforcement and government officials in criminal activity, will eventually reap benefits for the cargo movement business.

“I see a window of opportunity within the new administration,” said Mauricio Rojas, vice president of international trade compliance at Grupo Prodensa, which provides support for companies looking to manufacture or expand in Mexico. “Their main focus is to fight corruption, so that is eventually going to drop down the levels of insecurity in Mexico. And that is going to bring a different perspective, I would say in two or three years.”

The National Chamber of Cargo Transportation, or CANACAR, has reported that cargo theft amounted to approximately $4.6 billion in 2017, and the executive secretary of the National Public Security System, or SESNSP, last month reported that attacks on trucks had increased by 5.7 percent to 1,840 attacks in the first six months of the year, compared with 1,524 attacks in the first half of 2017.

The vast majority of the 3,346 cargo thefts in the first quarter of the year, a 108 percent rise over the same period in 2017, occurred while the goods were in transit, according to a report by SensiGuard, a security company that provides cargo-protection services and technology.

While moving cargo by rail has in the past been considered safer than by truck, that has changed in recent years as theft overall has increased. Cargo robberies from trains in the first quarter of 2018 rose to 852, from 125 in the same period a year earlier, according to a report released by Mexico’s Rail Transport Regulatory Agency. And the derailment of a 43-car Ferromex train on May 19 was blamed on sabotage, one of seven acts of sabotage on the line from Mexico City to the Port of Veracruz, according to an IHS Markit country risk report.

Robbers erect blockades to force trains to stop and then steal their cargo, which causes prolonged transport delays throughout the network, as well as knock-on disruption at cargo ports such as Veracruz, a separate IHS Markit country risk report said. Criminals generally benefit from extensive networks of contacts that can include custom officials and company employees who provide intelligence and facilitate thefts, the report said. Domestic appliances and electronic goods, along with consumables and agricultural items, are among the most prized targets.

Erik Bo Hansen, vice president of sales and marketing, intermodal, for Kansas City Southern Railway, said the railroad has seen little increase in actual attacks, but an increase in perceived threats that are based on intelligence and the level of theft and attacks on other transportation companies in certain geographic areas.

“That I think is a very important distinction to make,” Hansen said. “The threat level is there. It requires constant vigilance from our side, from the government in terms of identifying where particular criminal elements are operating at any given time, in order to counter that. It comes back to technology, it comes back to having processes in place for doing that, boots on the ground as well.”

Working with the Mexican Army

Luis Olivera, executive vice president of sales at Ferromex, said the company is working closely with the Mexican Army to combat the attacks and has invested “a lot” in technology, including drones to track rail movements and another technology that tracks the movement of locomotives.

“Technology is the main, main aspect to look at in order to get security under control,” said Reto Malfatti, managing director, K+N SA de CV, Mexico, who said that his own company has set up a department to improve cargo security. “It’s no secret, the statistics are out there that security has suffered over the last couple of years.”

Craig Mygatt, CEO of SeaLand, said the company is using technology in Mexico and Central America created by Texas-based Skyangel, and continues to refine its system.

“You can follow the truck, and the truck can continue where it is going,” he said. “But if the trailer is being left behind with whoever is taking the container, that’s a problem. So, we’re in the midst right now of putting together a GPS program for containers as well.”

Still, he added, “If they take the container, you can follow it and it’s empty when you get there, it doesn’t help. So the truck is how fast can the authorities get there.”