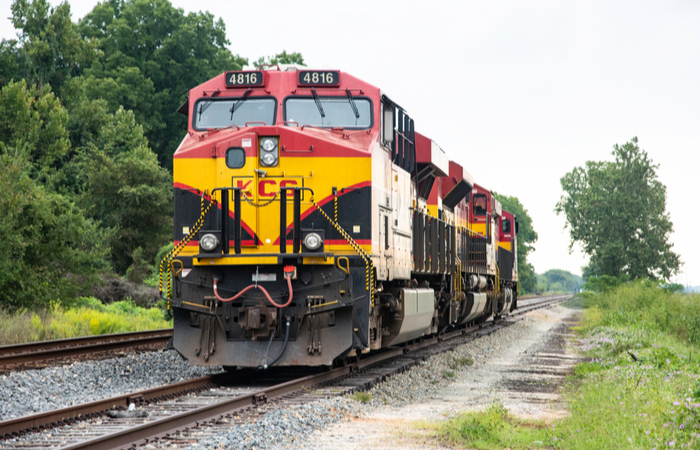 A 540-acre industrial park outside of Houston could give a more direct route to Mexican manufacturers looking to serve the Houston area by rail. Photo credit: Shutterstock.com.

Houston-area manufacturers importing components from Mexico will have an extra incentive to ship them via rail rather than truck when an industrial park served by the Kansas City Southern of Mexico (KCSM) line opens next year.

Developers of the 540-acre Southwest International Gateway Park, located on the main KCSM northbound line about 60 miles southwest of Houston, say it will give shippers a more direct and efficient route into the Houston market, and potentially lower costs.

The developer, Stonemont Financial Group, said the industrial park will also help exporters in the booming Gulf Coast resin sector, creating an alternative departure point through which area resin manufacturers can send shipments to Mexico by rail, and also to Asia through Mexican ports.

The development of the park was in part prompted by KCSM’s desire to find a way for clients, particularly Mexican manufacturers, to shift goods across the US-Mexico border and to Texas locations without changing to a second railroad at Laredo, or taking a lengthy dray, said Zack Markwell, CEO and managing principal of Stonemont Financial Group.

The first space on the park, which Stonemont says could eventually grow to 8 million square feet, is a 125,000-square foot warehouse that will open for tenant Vitro Chemicals, the developer said. The company, a subsidiary of Mexican glass manufacturer Vitro, has plants in Monterrey, Mexico City, Toluca, and Tepeji del Rio, according to its website. The company stores product in multiple warehouses in Laredo, Texas, and then distributes the cargo by truck from there, Stonemont said in a statement.

At present, because KCSM has no stop near Houston, many Mexican manufacturers either send cargo to Laredo by train and switch it from a KCSM train to a second rail carrier, or they dray the cargo on the final leg from Laredo for several hundred miles, Markwell told JOC.com in an interview earlier this month.

The El Campo stop enables manufacturers to send cargo directly to a location 60 miles from Houston, negating the need for the second carrier or reducing the length of the dray, Markwell said.

“The idea is that El Campo is perfectly located to be able to serve not only Houston, but Dallas, San Antonio, Austin,” he said. El Campo enables the railroad to “really connect Texas to those manufacturers in Mexico. You're staying on the rail line longer, in a much more efficient path.”

The dray cost from El Campo to Houston, for example, would be about $600, compared with about $1,300 to move a container from Laredo to Houston, according to a large Texas drayage provider, who did not want to be identified. Rail in general is considered to be about 20 percent cheaper than the same trip by truck.

Markwell said his company will build a rail link into Stonemont over the next year to serve Vitro and other customers. The developer said it is also building a 200,000-square-foot speculative warehouse, believing that tenants will be attracted not only by the location but also by its status as a Foreign Trade Zone. Stonemont is in “very, very late-stage discussions” with some large Mexico manufacturers to move into the park, Markwell said.

As well as providing an alternative departure point for resin exports, the park will also provide resin manufacturers with a supply of much-needed empty containers from the incoming Mexican import loads, Markwell said.

Resin exports from the Gulf Coast are growing rapidly due to the concentration of resin production plants in the region. The resin boom helped drive a 51 percent increase in resin exports through Houston, to 392,010 loaded TEU, in the first 11 months of 2019, according to PIERS, a sister publication of JOC.com within IHS Markit. US resin exports overall jumped 29 percent over the same period.