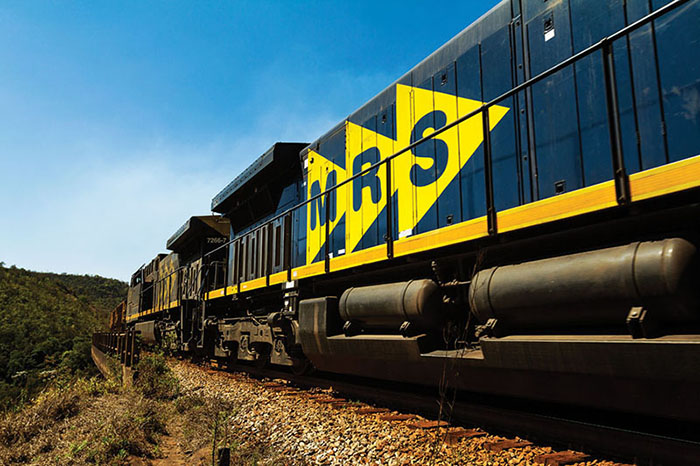 Brazil rail operator MRS Logistica SA’s expects container volume to rise at least 10 percent year-over-year in 2016 after volume jumped 34 percent during the first 10 months of this year compared to the same period in 2014.

Regular, fixed services out of the port of Santos and a hefty rise in its movement of paper and pulp and auto products drove the growth despite the recession rippling through Brazil. MRS Logistica expects to the end the year having handled more than 68,000 twenty-foot-equivalent units.

The Juiz da Fora-based company’s pulp and paper container count skyrocketed 114 percent year-over-year to 12,146 TEUs from January to October. Automotive parts and products have also been very strong this year, rising a healthy 49 percent to 11,132 TEUs this year from 7,448 TEUs between January and October 2014.

The rail operator – which operates some 1,643 kilometres (1,021 miles) of track in the Southeast of Brazil in the country’s wealthiest states of Rio de Janeiro, Belo Horizonte and Sao Paulo – earlier this year set up regular, direct services into five of the seven container terminals operating in the port of Santos.

MRS Logistica in August began to serve the two Grupo Libra box terminals (T-35 and T-37) on the right bank of the port of Santos and at the start of 2015 the rail operator began a service to Embraport on the left bank.

Ecoporto Santos, also located on the right bank, is now in the process of setting up a regular rail link with MRS Logistica.

Extra investment in hardware and a number of infrastructure improvements — including a 40 million reais ($10 million) spur line linking the original network to Embraport — have paved the way for the expanding cargo flows, according to Elisa Guimaraes Figueiredo, sales manager for MRS Logistica.

“One of the reasons our volumes have grown so much this year is that for the first time we have created a fixed schedule for our train services into the port of Santos,” Figueiredo told local journalists.

New trends in shipping, such as the containerization of paper and pulp products, have also driven the company’s gains, but regular departures and arrivals are what really make the service, she said.

"In the past, we used to wait to fill the train before we would depart. Today, this train leaves at the fixed hour, loaded or unloaded. Obviously, at first, it was a gamble for us, but it was the best thing to do. Shippers in the automotive sector, for example, are extremely worried about Just-in-Time, because they can see their assembly lines grind to a halt if they are short of components.”