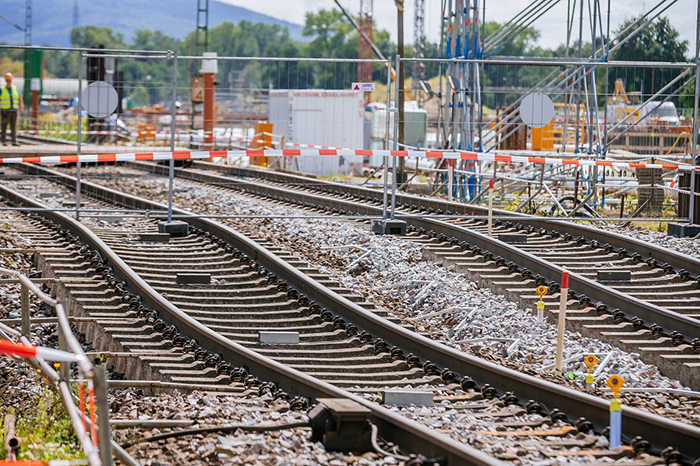 Subsidence from construction work on the new Rastatt Tunnel means the Rhine Valley rail corridor will be closed until October.

Shippers are expecting huge disruption caused by the closed Rhine Alpine rail corridor to begin easing from early September as construction work on alternative routes is completed, but using the backup options will continue to hit them in the pocket.

Godfried Smit, European Shippers' Council policy manager for inland transport and trade facilitation, said they were receiving reports from members that it was costing them an additional €100 to €150 per TEU to transport containers affected by the route closure.

“It is difficult for shippers to find solutions because of all the maintenance work on the other routes, and if you have to suddenly buy transport on the spot market it is more expensive than the prices you will have had on longer-term contracts,” he said.

The crucial rail link between Northern Europe and Italy had to be closed on Aug. 12 after work on the new Rastatt Tunnel freight bypass caused the track through the Rhine Valley to subside by half a meter [1.6 feet] between Karlsruhe in Germany and Basel in Switzerland, making the route unsuitable for rail traffic.

This immediately blocked the way for more than 100 trains a day, forcing cargo shippers to scramble for alternatives, which were themselves limited because of widespread maintenance work by rail operator Deutsche Bahn and its subsidiary DB Netz.

“When everything is paralyzed on the rai,l the main alternative is to shift to road, but this is not a panacea because there is obviously not as much capacity as available on a train. Heavy cargo and dangerous goods also cannot just move to the road,” she told JOC.com.

The fact that such a critical transport link is blocked was bad enough, but the situation was not helped with neither of the two alternative rail routes available having sufficient capacity, said Swissterminal president and board member Roman Mayer.

He said the electrified double track Stuttgart-Singen route was also affected by engineering works, and a single-track secondary line alternative offered insufficient diesel traction at short notice. Mayer estimated the additional costs for shippers forced into the spot market on alternative routes had risen by 30 percent and were adding up to three days to shipment times.

Deutsche Bahn has announced that the repair work to the Rhine valley railway will be completed by Oct. 7. The German rail operator’s infrastructure subsidiary DB Netz said the delay in reopening the closed Rhine Alpine corridor was unavoidable.

"Deutsche Bahn had envisaged a much shorter timeline. But securing the tunnel and ensuring safe operations on the Rhine Valley Railway clearly comes first,” said Dirk Rompf, management board member of DB Netz. "We are aware that capacity on the alternative routes is limited and that the situation is posing significant challenges to rail freight companies.”

Owners of cargo already in transit and destined for discharge in Italy will have to prepare for delays and disruption. Smit said containers offloaded in Italy could use short-sea shipping to connect with North Europe ports or with other rail hubs where there was better access inland.

“There is a rising trend of shippers using the Mediterranean ports, but there are still some missing links in the rail network giving access to Central Europe,” Smit said.