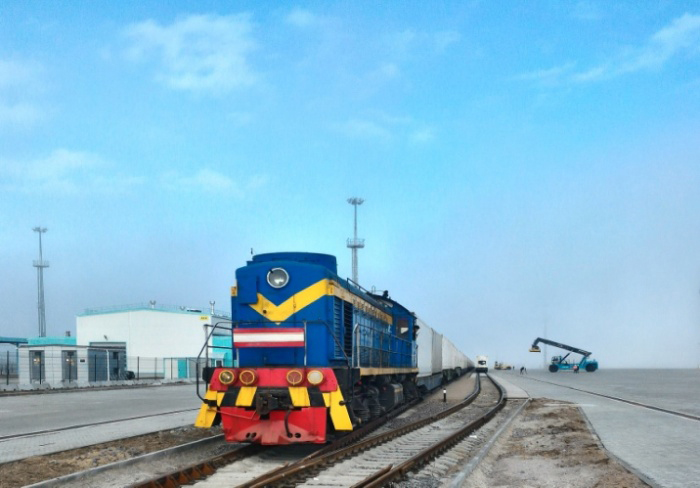 Container trains at Port Bronka, pictured, will be critical in its battle for market share with Big Port St. Petersburg.

A new rail line and ample distribution space at Port Bronka may be just what is needed for it to steal cargo from Big Port St. Petersburg to become a major Russian container gateway.

A lack of distribution space at St. Petersburg and other ports can drive up costs for shippers as they must rent distant warehousing where they can consolidate and transload shipments. Having adequate space at Bronka could save shippers 10 percent to 15 percent of their operating costs, according to preliminary calculations from the Russian Association of Shippers.

Food shippers have taken a particular interest in using the rail services made possible by the new line because of Bronka’s distribution space, said Sergey Morozov, deputy director of logistics at Kopeika, a Russian food retailer.

The Ligovo-Oranienbaum-Bronka railway line is expected to become operational in mid-2017, with capacity for 30 million to 40 million tonnes of cargo annually or 80 trains to 90 trains a day.

When Bronka begins to grow strongly, the new line should help the port avoid the congestion at other Russian ports that results from a lack of adequate rail infrastructure, said Ivan Krechetov, head of Nostalgia, a producer and distributor of foodstuffs.

Sources close to Bronka say leading local and global food retailers such as Lenta, and Auchan have expressed interest in the rail services the line will enable.

“Planned expansion of the distribution capacities of the seaport will help to shorten the logistics chain and reduce costs for shippers,” said Alex Shukletsov, executive director, Phoenix, which is the company that built and operates the port. “In contrast to our direct competitors, where space is very limited, Bronka has the needed space.”

The new line will pass through the southern coast of the Gulf of Finland, 30 kilometers (about 19 miles) from St. Petersburg’s center, linking Bronka with the industrial cities of Murmansk, and Arkhangelsk and the region of Karelia regions in Russia’s far northwest.

The government may choose to extend the line farther north to link Russia with Finland and the Nordic states.

The line is different from those serving Big Port St. Petersburg because of its north-south orientation, while railways to and from St. Petersburg run mostly east and west.

While the new line will boost Bronka’s competitiveness against St. Petersburg, the fact St. Petersburg is the primary location for customs clearance on the Russian Baltics is a major hurdle to Bronka’s growth.

Former Russian Federal Customs Service head Andrew Belyaninov had lobbied to make Bronka the primary location for customs clearance starting Aug. 1, but his arrest on allegations of corruption has led to the indefinite suspension of those plans.

By the time 2016 ends, Bronka will have handled around 36,000 twenty-foot-equivalent units, but management expects that figure to increase several times over in 2017. By 2020, the port will have a capacity of 1.9 million TEUs.