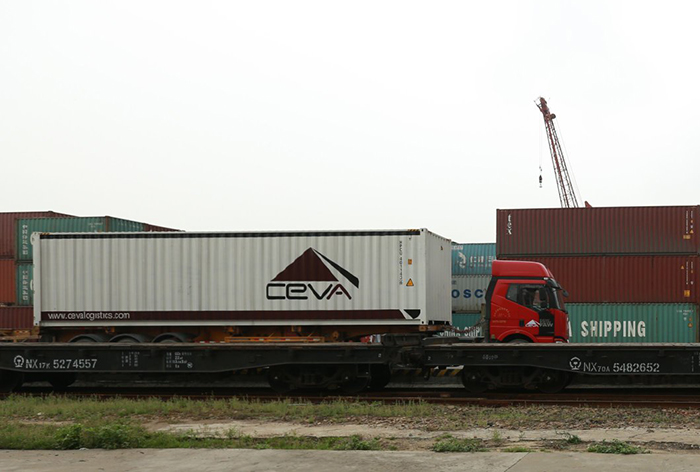 Ceva is expanding its China-Europe rail network as shipper interest in such services grows.

Ceva Logistics has expanded its China-Europe rail freight network with the launch of a new service between Shilong in the southern Guangdong province and Hamburg, Europe’s third-largest container port.

The year-round service will save shippers up to two days of transit time compared with other rail routings and deliver cost savings as a result, Netherlands-based Ceva said.

Ceva initiated its China-Europe rail operation with a service from Suzhou in 2010 and has built up a network covering key Chinese cities through its “northern route” operation linking Suzhou, Changsha, Shenyang, Hefei, Chongqing, Zhengzhou, and Wuhan to several European destinations including Moscow, Warsaw, Lodz, Duisburg, Hamburg, Nuremburg, and Tilburg, from where it trucks cargoes to major hubs across the continent.

Ceva also operates a “middle route” via Mongolia to Europe to shorten lead times during the winter months and peak shipping season.

“This new link further extends our comprehensive rail services between China and Europe and enables us to provide customers with a reliable, highly secure door-to-door service with real-time track and trace along the route,” said Kelvin Tang, Ceva’s head of cross-border, greater China.

Ceva’s latest service highlights the growing importance of rail services between China and Germany, which have grown 10-fold over the past year, according to DHL Global Forwarding, which recently opened a central China Rail Competence Centre in Stuttgart to optimize its expanding intercontinental intermodal services.

Services from DHL and others have helped China-Europe rail evolve from a niche option with infrequent service and a small network, serving major high-value and time-specific shippers, to one attracting suppliers and second-tier companies with more and faster services to a wider array of destinations.

Although rail has been touted as a rival to air and ocean transport modes, it is constrained by limited capacity, with each service handling an average of just 45 FEU. Additionally, the vast majority of services are still block trains where the entire train is booked by one customer and bonded for the journey, and although forwarders offer less-than-containerload cargo services, availability is limited.

Even at full optimization, the Asia-Europe rail system can only handle a maximum of between 500,000 TEU and 1 million TEU, according to a report by the Organization for Economic Co-operation and Development.