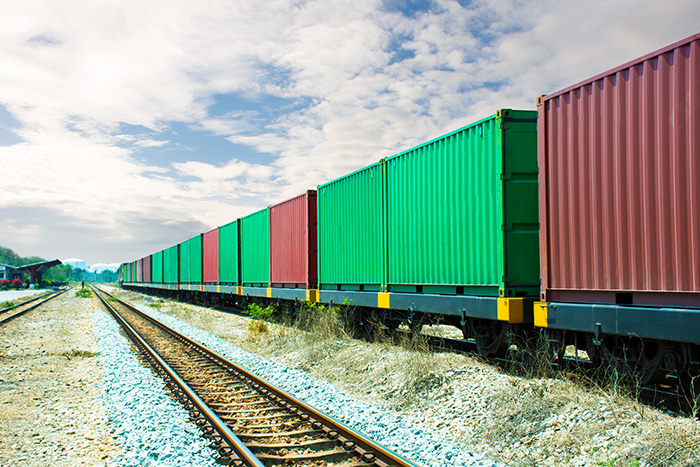 A number of intermodal rail operators have recently started new services from Antwerp.

The port of Antwerp has gained a new rail service to Germany, its largest market, as it strives to reorganize its intermodal connections away from dominant road transport.

H&S Container Lines has launched a second weekly round trip service between two Antwerp container terminals and Andernach with the help of financial support from the Belgian port.

Not all operators who submitted projects met the conditions for financial support, but this has not prevented them from starting services, the port authority said.

B Logistics introduced a new rail service to Ludwigshaven at the beginning of the year, and DB Cargo, Europe’s largest rail freight operator, has launched a service to Mannheim and Wanne Eickel.

Although a majority of freight from the Rhine region arrives on river barges “a great deal of it still goes by road,” which prompted the launch of the rail subsidy project, a port spokesperson said.

Shippers have opted for trucks because they find rail transport too slow, too infrequent, or not cost competitive for distances under 300 kilometers (187.5 miles). Container trains in Europe also are much shorter than in the United States and subject to restrictive regulation of their paths.

“A significant proportion of the cargo between Antwerp and the German hinterland will also have to be carried by rail in the future. As a port authority, we want to support all projects that contribute to this essential modal shift.”

“The subsidy from the port authority will enable us to offer a sustainable rail product both for customers in Antwerp and for those based in the Rhine region, to supplement the already well-developed barge services,” said Heiko Bruckner, CEO of H&S Container Line.

DB Cargo is proving the traction for the H&S Container Line service.

The first rail program launched at the end of 2015 and focussed on central and eastern Europe resulted in three new rail services to Poland, the Czech Republic, and Austria. The opening of the world’s largest rail tunnel in 2016 further strengthened connectivity between Antwerp and southern Europe.

“Although our financial support has to be limited in order to comply with the rules for state subsidies, it still provides useful help for rail operators to introduce additional services, since the rail market is very capital-intensive,” the port authority spokesperson said.