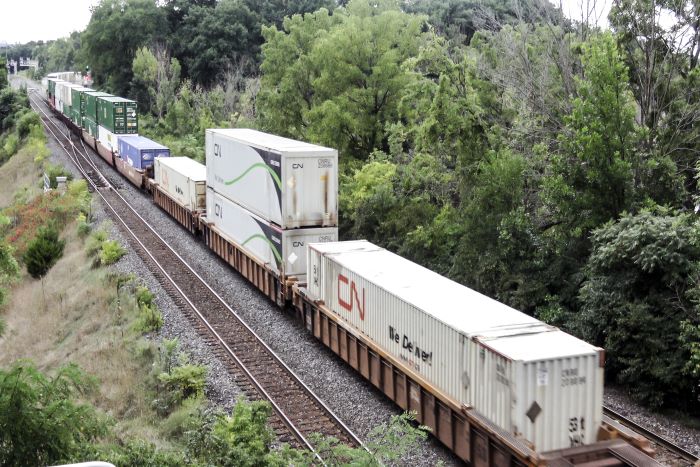 While the impact of the strike against Canadian National Railway on international cargo has been mitigated thus far, the company will have to begin to curb services the longer the job action, now in its third day, lasts without a deal or federal mediation.

Executives from four container lines told JOC.com CN has informed them that international intermodal services are still running, but the frequency of train starts have been curbed. While the Teamsters employ the majority of conductors, CN has been still able to operate intermodal services with non-Teamsters employees, but the clock is running out on how long those crews can work before taking a federally mandated break.

There has been no indication yet that Ottawa is prepared to step in to end the strike. The Liberal Party of newly re-elected Prime Minister Justin Trudeau lost its majority in the Canadian Parliament in last month’s elections, and it’s not known if that will hinder the government’s ability to bring labor peace. Trudeau on Wednesday announced his new cabinet, including Filomena Tassi as labor minister.

Meanwhile, with the strike by about 3,200 conductors and yard workers in its third day, CN CEO JJ Ruest said Thursday the union opted to walk out despite the company’s repeated offers of higher-than-inflation compensation and proposals to address safety concerns.

Ruest, in CN’s most detailed public response to the strike, said comments by the Teamsters Canada Rail Conference (TCRC) about safety concerns “do not reflect our discussions.”

“Safety is a core value at CN,” Ruest said in a statement. “For the safety concerns raised, we have proposed viable solutions because we want all employees to go home safely at the end of their shift.

“As you may know, railcars may be coupled with the use of a remotely controlled locomotive while crews are safely positioned,” he added. “No employee is ever asked to work unsafely.”

The union has said that compensation was not a sticking point in the talks. In a statement Tuesday, the union said it stopped work due to issues that included “safety, fatigue, time off provisions and lifetime caps on benefits.”

The TCRC was not immediately available for comment Thursday, and the union has not posted a statement on its website since the first day of the strike.

Ruest commented on the job action as shippers, freight forwarders, and truckers began to feel the effects of the strike and started putting together contingency plans in case it carries on for a prolonged period of time.

Corey Darbyson, director of Transport Dsquare, a Montreal-based trucking company, said the impact on CN’s Montreal terminal appeared to be “minimal” so far, but his drivers and other companies had reported severe disruption at the Toronto CN terminal as containers came in by train but couldn’t be removed from the yard. “It’s a logjam,” he said in an interview with JOC.com Thursday.

Shippers and freight forwarders have warned disruptions will worsen quickly unless the dispute is resolved soon. Business leaders have urged the Canadian government to get involved to end the strike.

In his statement, Ruest made no mention of the impact of the strike, except to say CN “regret(s) the impact” on customers, supply chain partners, the Canadian economy, trade in general, and the public. He said CN continues to negotiate, but the union had not accepted the railroad’s suggestion that the two sides present their arguments to a neutral arbitrator.

Ruest added that “the union is seeking wage and benefit improvements beyond those negotiated,” with Unifor, a different transport workers union, and another bargaining unit of the TCRC.

He said the company had signed a series of agreements with other unions that “provided annual compensation adjustments better than inflation.” They included short-term disability, basic life insurance, maternity leave, vision care, and dental, as well as employee share purchase plans, Ruest said. The current average salary of a Canadian conductor is C$114,000 (US$85,000) plus benefits, including a defined benefits pension, he said.

Prior to the strike, the two sides had been working with a federal mediator. Such assistance in Canada often helps avoid strikes in Canada, or keep them short if they occur. The union and CN were able to reach agreements that averted threatened strikes in February 2014 and May 2017. Canadian Pacific Railroad and an engineers and conductors union resolved a strike in May 2018 within 24 hours.