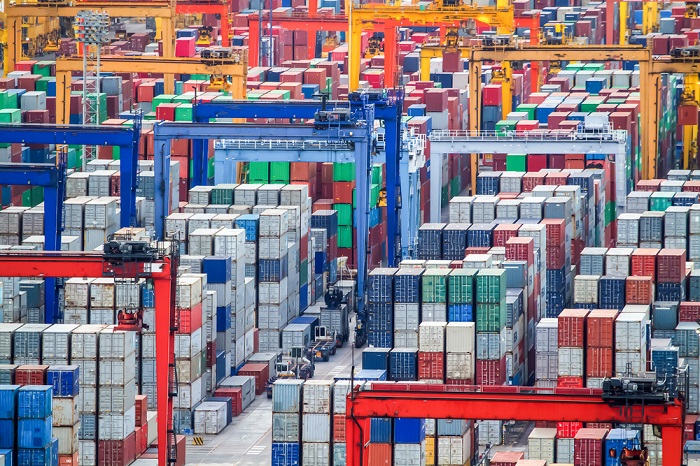 The industrial protest has trapped 8,200 containers at the ports. Photo credit: Shutterstock.com.

No trains have arrived at or left the ports since the blockage — by teachers upset at work conditions — began on Jan. 14, closing lines used by Ferromex and Kansas City Southern Railway and bringing 172 trains to a standstill. Business leaders say that without a supply of raw materials and parts from the ports, some manufacturers, especially auto makers, could soon shut down.

Growing concern prompted the leaders of eight business groups on Monday to demand that the governor of Michoacán, in which the teacher dispute is located, and the federal government intervene. Among the signers of the letter were the Confederation of Industrial Chambers (CONCAMIN), the Mexican Association of Railroads, trade groups for steel users, bus and truck makers, and shipping agents.

The protests, although they have no connection to the logistics sector, are the latest to use the disruption of rail cargo to emphasize protestors’ concerns. A similar blockade by teachers in 2016, for example, stranded more than 4,000 containers in mid-shipment by Maersk into and out of the ports of Lazaro Cardenas and Manzanillo for more than six weeks. The two ports also faced a blockade last year.

The disruptions highlight the risks for rail-bound goods sent through Mexican ports just as the country is looking to position itself as a regional logistics hub, and as rail is seeking to increase its share of the market. Manzanillo handled 2.18 million loaded TEU in 2018, and Lazaro Cardenas handled 864,273 loaded TEU, together accounting for about 60 percent of all loaded container cargo that passed through the ports.

The letter to the Michoacán governor, and to Javier Jimenez Espriu, secretary of communications and transportation, whose department oversees the port system, said the stoppage had caused “grave damage” to the steel, automobile, petrochemical, and other industries.

KCS warned customers on Jan. 17 that its rail lines had been blocked in and out of Lazaro Cardenas and also its Puerto Mexico intermodal ramp in Toluca, close to Mexico City. The announcement added that no detours around the blockage were available, and it had the “potential to impact traffic throughout the KCSM network.” The same day, Ferromex outlined the problem to its customers, and both railroads said they would no longer accept cargo on those routes.

Felipe de Javier Peña Dueñas, president of the transportation commission of the CONCAMIN, said the teachers have blocked the railroads at eight different locations, and the impact of this blockage is more severe than in the past.

He said trucks can still move cargo in and out of the ports, but they can’t handle enough to make up for the loss of the trains, which handle about 60 percent of containerized cargo through the two ports. Although federal and state officials are negotiating with the teachers, there is no sign of a solution in sight, he said. “And the more hours that this goes on, the worse it gets.”