Ferromex owner to buy FEC in first US rail acquisition

Ferromex owner to buy FEC in first US rail acquisition 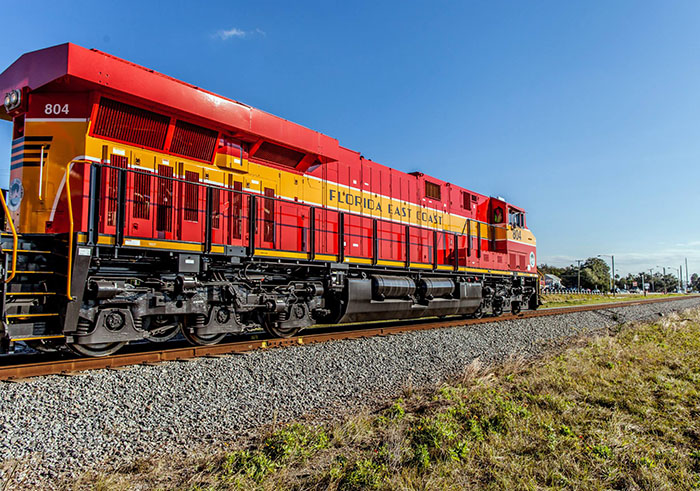 Grupo Mexico, a Mexican mining company and the owner of Ferromex, plans to acquire US Class II operator Florida East Coast Railway (FEC) for $2.1 billion in cash, but it’s unclear how the rail line running from Miami to Jacksonville would complement the top Mexican rail system.

The acquisition, announced Tuesday, must still pass muster with regulators in the United States and Mexico, where the freight rail industry has been under increased scrutiny in recent months. After Mexico introduced a new rail regulatory agency in 2016, the country’s antitrust watchdog earlier this month alleged Mexico’s largest railroads, Ferromex and Kansas City Southern de Mexico, were using their market dominance to fix prices, restrict supply, and impede network access.

The cross-border deal also comes at a sensitive time for the United States and Mexico as relations between the North American neighbors have reached historic lows, which could complicate — or at the very least add a flair of drama to — regulatory approval.

FEC announced Tuesday that Mexican conglomerate Grupo Mexico had won the Jacksonville-based railway at auction and the two are now negotiating final terms with the US railroad's owner, Fortress Investment Group. The deal will be Grupo Mexico’s first foray in the US rail industry.

“The acquisition of FEC is an important strategic addition to our North American transportation service offering,” Alfredo Casar, president and CEO of Grupo Mexico’s transportation business division GMXT, said in a statement. “Our acquisition of the FEC will significantly enhance the scope, scale, and diversification of our service.”

Grupo Mexico is a sizeable conglomerate that is not only the largest mining corporation in Mexico and one of the world’s largest copper producers, but also the holder of a considerable stake in the Mexican freight rail industry. Together with Mexico’s two other rail giants, Kansas City Southern de Mexico and Ferrovalle, Grupo Mexico controls more than 72 percent of the Mexican freight rail market. In addition, Grupo Mexico and Kansas City Southern de Mexico actually have a 75 percent stake in Ferrovalle.

Grupo Mexico and GMXT executives did not say how FEC’s network will fit into its network or if either anticipates pushback from regulators on either side of the border. FEC was not immediately available to comment on the matter.

The acquisition will likely be scrutinized by Mexico’s newest freight rail regulatory agency, the Agencia Reguladora del Transporte Ferroviario (ARTF), which was officially launched Aug. 18 to promote, regulate, and monitor the railroad industry, and with the responsibility for regulating all types of cargo movement on trains.

The new agency, which is broadly modeled on the US Surface Transportation Board, is the first regulatory body to oversee the Mexican railroads since the then-state-owned industry was privatized in 1995. Unlike the STB, the Mexican agency will regulate the rail transport of marine containers and domestic intermodal equipment.

Since the mid-1990s, the country’s three main railroad companies — Ferromex, Ferrosur, which is owned by Ferromex, and the Kansas City Southern de México — have largely operated independently, each with a main line in a separate part of the country. Ferrosur operates in the south, KCS in the east, and Ferromex in the west — each holding the rights to, and so controlling, the main lines, for which they have the responsibility to maintain and improve.

Their market dominance has come under pressure from Mexican antitrust watchdog Cofece, which published a report earlier this month that argued Grupo Mexico, Kansas City Southern de Mexico, and Ferrovalle have been able to fix prices, restrict supply, and impede access to their networks.

Global Shipping Outlook: A Sneak Peek at 2021
Port Performance North America: Managing Cargo Flow During a Pandemic — and Beyond
END_OF_DOCUMENT_TOKEN_TO_BE_REPLACED