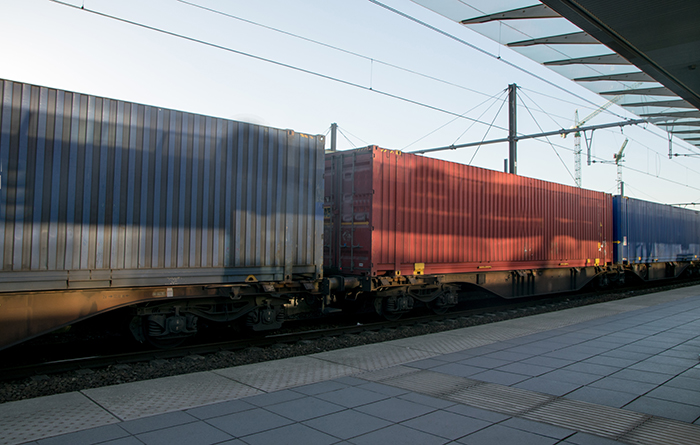 Mundra has been ramping up rail services ahead of new capacity coming online.

Storms and floods in northwestern India are wreaking havoc with intermodal freight traffic to and from Mundra, the biggest non-government cargo terminal.

The disruption at Mundra is the latest weather-related complication for Indian shippers after monsoon rains battered Jawaharlal Nehru Port Trust and APM Terminals Mumbai, causing berthing delays at the terminal.

“Due to torrential rains in the last few days, tracks in the Ahmedabad division are submerged and rail movements to Mundra Port have been disrupted,” Container Corporation of India (Concor) said in a notice to customers.

The state-owned intermodal operator suggested shippers redirect their shipments to other nearby ports, including Jawaharlal Nehru Port Trust (JNPT) and APMT Pipavav, until Mundra train services are back to normal.

Officials at Adani Ports and Special Economic Zone (APSEZ), which owns and operates the Mundra port, were unavailable for comment. Efforts to reach Concor for operational updates also were unsuccessful.

The disruption comes as Concor is gearing up to roll out more services linking Mundra and Pipavav to the Jakhwada Inland Container Depot, near Ahmedabad, starting Aug. 1. That expansion is seen as a major boon to ongoing government efforts to convert truckloads to rails as part of a larger program to ease growing pressure on road networks and shore up supply chain productivity.

Mundra and Pipavav compete with each other for northwestern hinterland cargo for capacity utilization and growth. That battle will only intensify in the coming months as Mundra is in the process of doubling its capacity to 6 million TEU per year via strategic terminal partnerships with CMA CGM and Mediterranean Shipping Co.

As volumes would need to grow significantly to fill that capacity, Adani Ports has aggressive efforts in play to increase its share of intermodal rail lifts from hinterlands. The private port behemoth has been hosting trade conferences to showcase Mundra’s connectivity capabilities and potential cost advantages for the export-import community. It also recently opened a large multimodal logistics park at Kilaraipur, near Ludhiana, to gain access to newer markets.