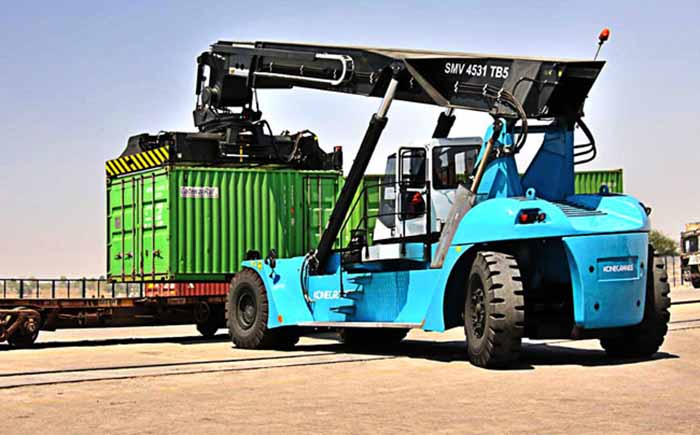 The company said a temporary disruption in cargo handling at its facilities in Jawaharlal Nehru Port Trust and Chennai Port added to the volume declines, but operations are now normal.

On the rail front, GDL said slowing export trade coupled with service complications on the northern corridor brought on by heavy rains to weigh down its intermodal business.

In the last quarter, GDL's container freight station throughput declined 1.4 percent from the previous three months to 85,367 twenty-foot-equivalent units, while its rail volume was down 1 percent from October-December 2015 to 50,675 TEUs.

At the same time, the company sees strong growth prospects for its cold chain logistics segment, which is operated under its subsidiary Snowman Logistics Ltd., which opened new warehouses and capacity in Bangalore, Mumbai and Jaipur over the last year.

GDL has also embarked on two other major projects, including a 35-acre rail-linked inland depot at Viramgam, near Ahmedabad in Gujarat State, and a 48-acre container freight station at the rapidly growing and privately-operated Krishnapatnam Port.