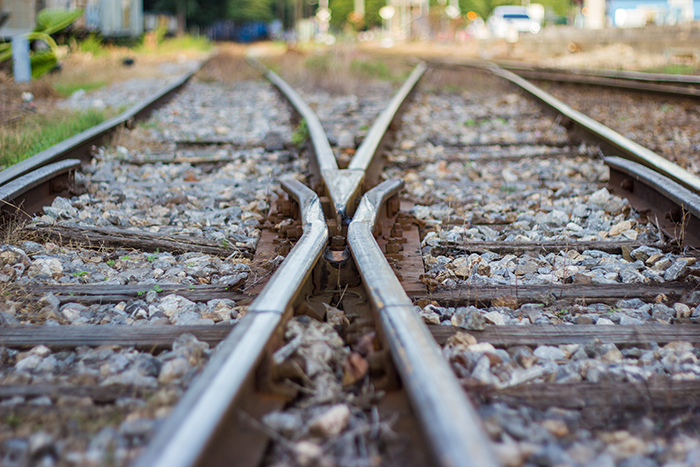 The railway will be the fifth rail link between India and Bangladesh. Photo credit: Shutterstock

Construction of a new rail link between Akhaura, Bangladesh, and Agartala, India, is under way to help cut transit time and costs for shippers.

The connectivity will facilitate trade between Bangladesh and the landlocked Indian states of Arunachal Pradesh, Assam, Meghalaya, Manipur, Mizoram, Nagaland, and Tripura in the country’s northeast by connecting the two countries rail networks with a 15-kilometer (9.3 mile) link.

“Bangladesh has a good market of [agricultural] products to these seven-sister states. The rail connectivity will facilitate carrying goods there quickly,” said Kamruzzaman Kamal, director of marketing for food processor PRAN-RFL Group.

Overland trade between the two countries relies largely on road infrastructure that must be upgraded. In particular, roads near the Akhaura inland port are very narrow and need to be widened and paved, Kamal said.

Most of the link, 10 kilometers, will be in Bangladesh, with the remainder in India, where work began in late October, while Bangladesh is scheduled to award the contract for its portion of the work in December.

“The work is expected to be started by February,” said Md Shahidul Islam, director of the Bangladesh part of the project. A portion of required land acquisition has already been completed and the construction cost of Bangladesh part involves some Tk 478 million ($5.6 million), he said.

The link will be the fifth connecting the two countries’ rail networks, which have been slowly restored since they were severed in a 1971 war between what was then East Pakistan and West Pakistan.

“The present governments of Bangladesh and India want to enhance connectivity and promote rail since transportation through train is comparatively cheaper,” said Islam.

Goods arriving by sea at the port of Kolkata to reach the northeastern Indian states must travel 1,700 kilometers (1,056 miles) if they bypass Bangladesh, but going through Bangladesh cuts that to 350 kilometers.

Most goods bound for those northeastern states move from the port of Kolkata in India to Bangladesh’s Ashuganj river port where trucks handle the final leg of the journey. Much of that cargo, mainly cement, rods, and agricultural products, is expected to shift to rail upon the project’s completion.

India secured transit rights through Bangladesh across all modes of transport in 2010 following a visit of Prime Minister Sheikh Hasina to New Delhi. Trade ties between the two have strengthened in the meantime, and in 2015 the countries signed a memorandum of understanding to use the Chittagong and Mongla ports to ship goods to and from India.