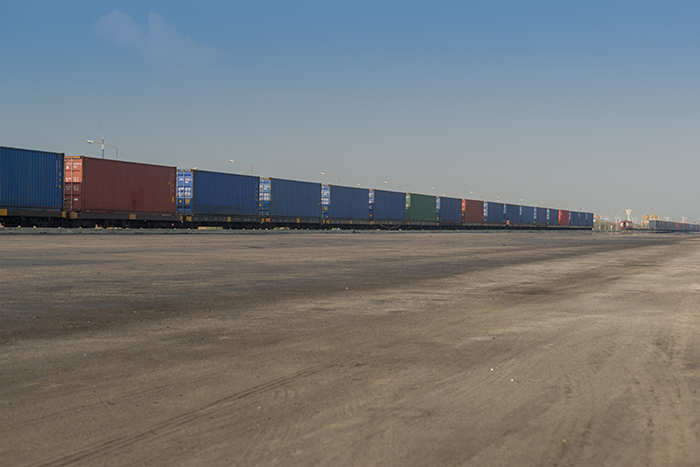 Under the collaboration, Allcargo will exclusively use Concor trains to move containers between JNPT and Indore, a major hinterland point in Madhya Pradesh State.

“The two logistics giants have come together with an aim to contribute to Prime Minister Narendra Modi’s vision of ease of doing business by shifting emphasis from road to rail, thereby easing congestion and pressure on road transportation,” Mumbai-based Allcargo said in a trade notice on Monday.

The move follows on the heels of Zim Integrated Shipping Services joining hands with Allcargo to provide inland logistics services to its customers in India. That deal also should help Allcargo drive up its NVOCC throughput, which increased 14 percent year-over-year to 132,806 TEUs in the October-to-December period.

Indore is one of four rail-linked inland locations Allcargo operates in the country, and it’s also setting up a 200-acre multimodal logistics park at Jhajjar in the northern state of Haryana. As part of an ambitious plan to push its annual group revenue to $2 billion by 2020, the company has been expanding its NVOCC network through acquisitions and restructuring its business offerings.

Allcargo also has container freight stations (CFSs) at major container ports in the country including JNPT, Chennai, and Mundra.

Allcargo and Concor coming together takes place as the JNPT is struggling to shift over-the-road shipments to intermodal trains despite the introduction of trade incentives, including a rail-road tariff equalization program in December.

JNPT’s fiscal year 2016 to 2017 rail share fell to 14.6 percent from 17.3 percent in the prior year, while truckloads accounted for 84.4 percent of its total traffic during the year that ended March 31, versus 81.6 percent previously, according to a port data analysis by JOC.com.

Amid those struggles, authorities at the top port are working toward a 25 percent rail share in an effort to alleviate landside congestion and lower logistics costs for hinterland shippers.

Global Shipping Outlook: A Sneak Peek at 2021
Port Performance North America: Managing Cargo Flow During a Pandemic — and Beyond
END_OF_DOCUMENT_TOKEN_TO_BE_REPLACED