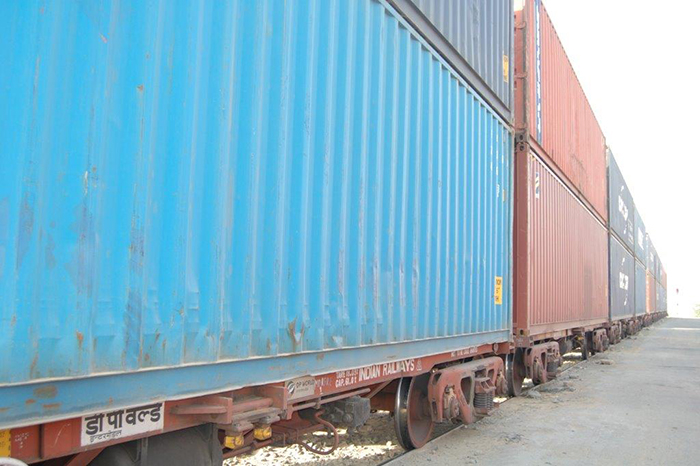 DP World is expanding its containerized intermodal reach in the emerging Asian economy after solidly positioning itself in India with a host of port terminal concessions, including for two facilities at the largest port, Jawaharlal Nehru Port Trust,

The Dubai-headquartered company offers intermodal rail services in India through its local arm Container Rail Road Services, or CRRS, which holds a 20-year license to operate across the country.

Officials at DP World Subcontinent told JOC.com that CRRS is looking to add more services to and from the ports of Jawaharlal Nehru Port Trust and Chennai. Plans are under way to connect JNPT to the inland points of Kanpur, Indore and Wardha, and Chennai to Bangalore and Cochin. In addition, a rail link between the minor port of Pipavav and Ludhiana inland container depot is in the pipeline, officials said.

“CRRS is continuously exploring opportunities of opening up new routes and has firm plans to grow rapidly in the near future, through capacity enhancement with commencement of every such route,” the company said.

With a fleet of seven trains of 45 wagons each, all of which are double-stack type freight trains, CRRS currently operates five regular, weekly services linking JNPT and Mundra to key northern India hinterland destinations, including Ludhiana, Loni and Faridabad.

“Trucking solutions have also been introduced to enable the movement of cargo to and from ICDs to the customers’ sites,” officials said. "The CRRS services bring shipments as close to the customers as possible."

The company said its service network has facilitated a competitive market for hinterland shippers in terms of reliability and logistics costs.

Besides JNPT and Chennai, DP World hosts terminals at the ports of Mundra, Visakhapatnam and Cochin (Vallarpadam).

DP World Chairman Sultan Ahmed Bin Sulayem during his recent visit to Mumbai sounded bullish on India's long-term growth prospects and announced investments worth $1 billion in new projects over the next few years. The rail expansion could be an indication the global terminal operator is moving forward on that investment plan.

DP World’s profit surged 50.2 percent in the first half as container throughput crept up 1.6 percent to 14.6 million twenty-foot-equivalent units. Overall revenue rose by 4 percent and revenue per TEU was up 5.4 percent on a like-for-like basis.