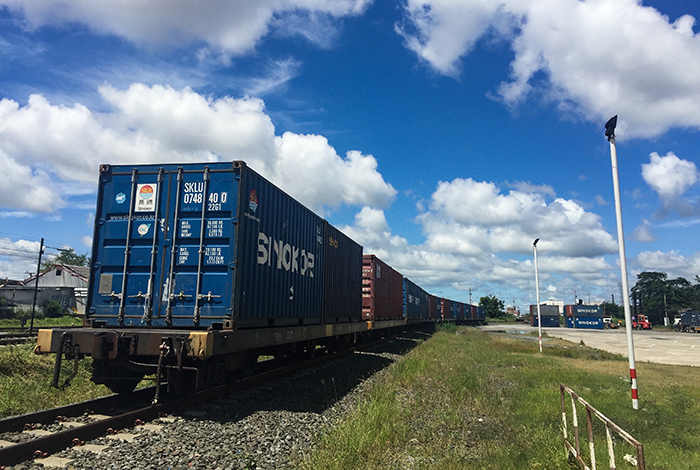 State-owned Container Corporation of India is one of many transportation companies working to evolve into an integrated logistics operation akin to FedEx or UPS. Photo credit: Shutterstock.com.

Container Corporation of India (Concor) is eyeing growth opportunities in global markets as the state-owned offshoot of Indian Railways works to diversify beyond its mainstay container rail transport services.

With that strategy as a backdrop, Concor has entered into a strategic cooperation deal with Russia’s JSC RZD Logistics — the convergence of two organizations with somewhat similar product portfolios.

“An MoU [memorandum of understanding] has been signed between Concor and JSC RZD Logistics, Russia, for exploring logistics opportunities in Russia, India, and international corridors, including but not limited to the International North South Transportation Corridor (INSTC),” Concor stated in a press announcement.

More details regarding the collaboration were not immediately available.

The INSTC is a multi-modal, cross-border freight transportation network between India, Russia, Iran, Europe, and Central Asia. The project was essentially initiated by India, Russia, and Iran in 2000, and after protracted bilateral talks, stakeholders reached a broad agreement in 2002.

Moscow-headquartered JSC RZD is a dominant multi-modal logistics provider in the Baltic and Commonwealth of Independent States region.

Given that context, industry analysts expect the alliance to create synergies that will enable both organizations to solidify their existing offerings and gain access to newer verticals and regions.

The tie-up is the latest in a series of moves that Concor has embarked on to expand its market reach amid continued weak demand and to transform itself into a holistic, integrated logistics provider. The most recent example: Concor last month kicked off a coastal shipping service connecting the ports of Kandla, Mangalore, Cochin, and Tuticorin — a shortsea operation between India's east and west coasts.

That effort is intended to take advantage of the surge in coastal shipping demand that resulted after the government abolished cabotage restrictions previously applied to foreign-flag carriers and implemented various incentive programs, such as port tariff concessions and dedicated berth infrastructure for ships operating in that trade.

To attract more inland business, Concor has substantially increased free times for the storage of export-import goods at rail-linked depots, with free time now 45 days for laden containers and 90 days for empty boxes.

Although Concor is India’s long-time intermodal market leader, private operators — reportedly 17 new licensors since India privatized containerized rail in 2006 — have made steady inroads into some selected routes. The company’s diversification efforts may be in response to those competitive pressures.