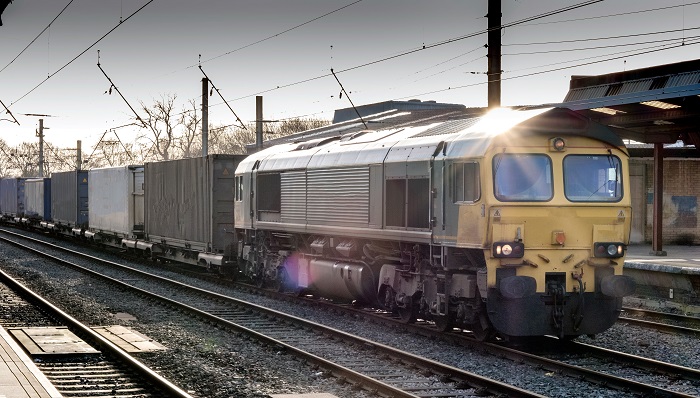 An EU commission set up clear objectives in 2011: transfer 30 percent of the current freight tonnage above 300 kilometers (186 miles) from road to rail/barge by 2030 and 50 percent by 2050. Photo credit: Shutterstock.

A major focus has been placed on the Belt and Road initiative in 2017, with a significant emphasis put on China-Europe train shipments. Rail freight was almost described as the new "El Dorado" in the European logistics landscape, with many logistics service providers and shippers being attracted by this new solution.

But attention to this growing, albeit from a small level, network belies the deep government and industry reforms needed to push containerized rail to where it is most needed — connecting European ports to the hinterland and vice versa.

While 45 percent of inland transportation in the United States was done by rail in 2013, rail freight accounts for only 17.8 percent of intra-European transport — compared with 19.7 percent in 2000. During the same period the road transport share increased from 73.7 percent to 75.4 percent; in other words, the European freight market increased by 2.3 percent annually, with 25 percent of the trucks reported to have been driven empty because of the lack of freight match back.

An EU commission set up clear objectives in 2011: transfer 30 percent of the current freight tonnage above 300 kilometers (186 miles) from road to rail/barge by 2030 and 50 percent by 2050. It is clear now that these objectives will not be achieved.

An audit performed by the EU Court of Auditors in 2015 highlighted the following root causes to such a lack of performance:

Despite these issues, the EU commission is pushing further for rail freight development. In addition to reducing carbon dioxide emissions by 30 percent, facilitating the free circulation of goods within Europe is part of the European Union's DNA. And the quality of inland transportation is a key success factor for port development.

Major initiatives have been developed to further promote rail freight. For example, nine rail freight corridors have been created to ensure a consistent and efficient rail network is developed on the continent. A single booking center has been implemented for these freight corridors that avoid the rail operator having to ask each single national infrastructure management company for time slots. Time slots are now confirmed two months in advance. The average train speed on such corridors has improved to 50 kilometers per hour — close now to trucks' average commercial speed. A successful example is the port of Hamburg–Northern Italy freight corridor.

But the biggest challenge regarding attracting more shippers to use rail freight is cost reduction. It cannot be achieved only with additional volumes, more competition, and less bureaucracy. As infrastructure costs are paid by train slot, the length of trains and the related number of coaches is critical to decrease operating costs. Here again harmonization would be welcome. The average train length in Spain is 450 meters (1,476 feet) compared with 740 meters in France and between 1,500 and 2,000 meters in the United States.

Finally, strong political commitment is — as always — critical to success. Several European countries increased their rail freight share between 2000 and 2013 when the average EU share decreased. Germany achieved a 43 percent increase in 15 years (23.5 percent in 2013), the United Kingdom, 15 percent, when 40 percent of the freight moved in Switzerland was done by rail.

The current success of the China-Europe initiative is due to the strategic willingness and commitment of China. If the European Union wants to achieve its 2011 agenda and objectives, initiatives must be decided and implemented at the European level, not only at the national level.

Navigating the Winding Roads This Peak Season & Beyond
END_OF_DOCUMENT_TOKEN_TO_BE_REPLACED