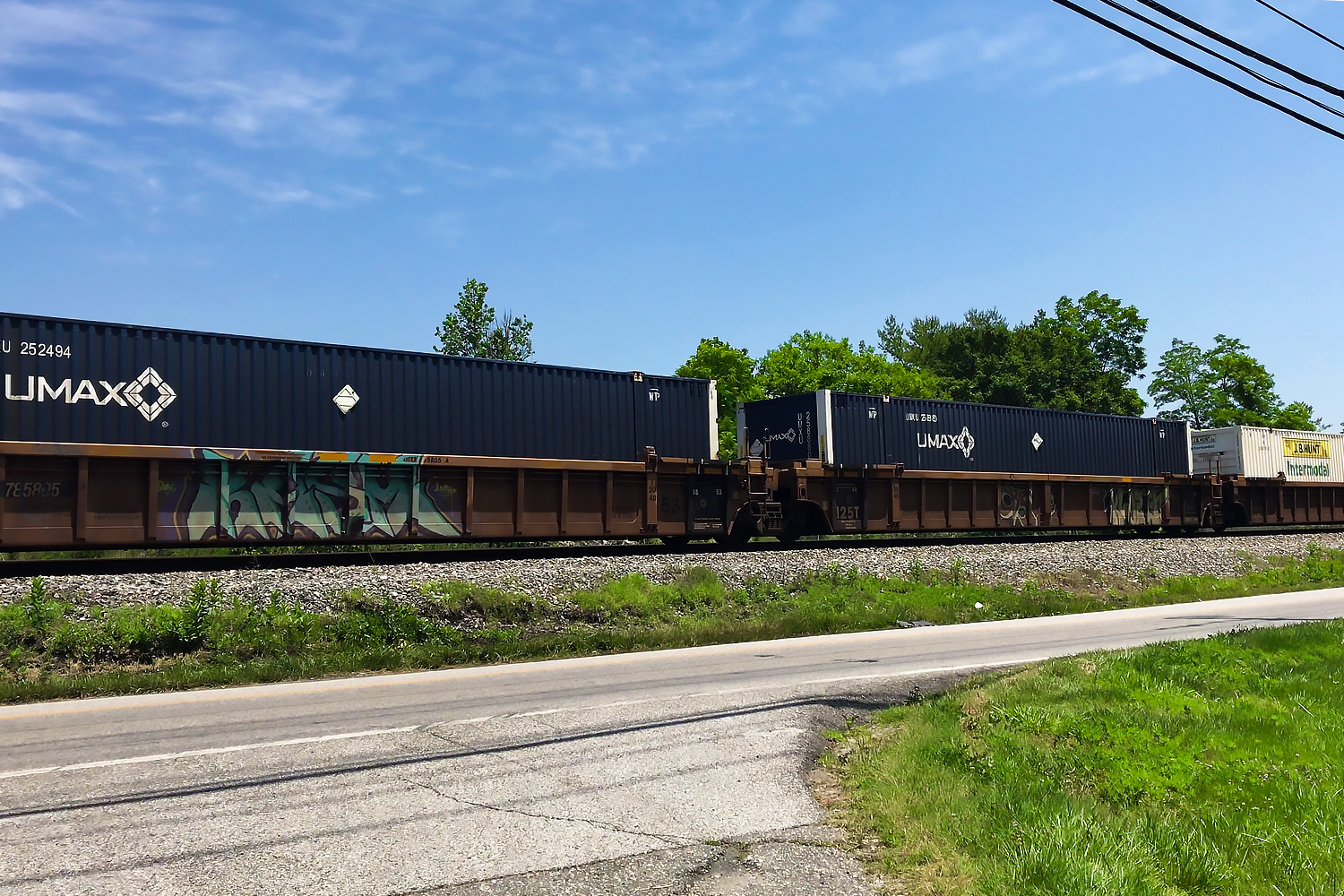 Intermodal volume is down nearly 15 percent in the second quarter compared with a year ago and may end the quarter with the weakest volume since the Great Recession more than a decade ago. Photo credit: Ari Ashe/JOC.com.

The international and domestic intermodal sector has not entered the restart phase in terms of returning to pre-COVID-19 pandemic levels, failing to exhibit the same bounce back seen in trucking, and railroads may not see a full recovery until some point in 2021, according to a forecast from FTR.

Shippers will be slower to return to rail because discretionary spending and industrial production will take awhile to recover, and truckload rates will be very competitive with rail, especially with diesel prices lower than a year ago, the transportation analyst said Tuesday.

With Norfolk Southern Railway and Union Pacific Railroad making it clear on earnings calls that they will not chase truck rates down, the Class I railroads implementing an operating plan known as precision scheduled railroading have remained committed to maximizing margin and yield, even if it means sacrificing volume.

“If you look at truck utilization, it's below historic truckload utilization out into 2021. You have low diesel prices that allow trucks to be very competitive with intermodal. So I don't see intermodal coming back until sometime in 2021,” said Todd Tranausky, FTR’s vice president of rail and intermodal.

Fuel is a key driver of intermodal competitiveness. When diesel prices are high, intermodal can deliver more savings to a shipper because it can spread the fuel costs out, because it is a form of mass transit. Diesel is down $0.70 per gallon versus a year ago, but according to the Energy Information Administration, the fuel savings to the shipper are less pronounced.

“Intermodal is going to have to overcome weaker import volumes, weaker US demand for discretionary goods, and a very competitive truck market to see volumes come back,” Tranausky said.

That has not happened yet, according to weekly data from the Association of American Railroads (AAR). In Week 22, which represents the week of Memorial Day, intermodal volume was down nearly 14 percent compared with an average of the same week from 2015 through 2019.

Intermodal volume has fallen between 10 and 20 percent below the five-year average in each week of the second quarter, according to AAR, reaching its low point in Week 15 in mid-March, when volume was down 18 percent from the same week over the last five years. On a year-over-year basis, intermodal volume has declined 15 percent in the first nine weeks of the second quarter and 11 percent this year through the end of May, according to AAR.

“This is a much slower return than what we've seen on the truck side. On the truck side, we've seen the dry-van market noticeably picking back up, whereas intermodal has been picking up a little but not at the same level,” said Eric Starks, CEO of FTR.

The attitude toward pricing

“The shippers aren't feeling a partnership with the railroads, nor are the equipment suppliers. Often times, railroads express casual indifference to the shipper needs on pricing. The shipper feels like they're on an island, like the railroads are not working as a partner. The railroads feel that shippers are looking for too many concessions, that it's a difficult dichotomy to work through,” he said.

Railroads emphasize that they must price to the “value of the service” to efficiently use their assets. Growing without consideration to price or the ability to have enough assets to provide consistent and reliable service would only upset customers further, they argued. The path to proper growth, according to railroads, is to provide intermodal service that is as reliable and consistent as trucks.

However, pricing to the “value of the service” has narrowed how much savings a railroad can deliver to a shipper.

The JOC Spot ISI, which compares spot intermodal versus spot truckload, shows shippers saved an average of 14.4 percent between January and May in the previous five years, but only 12.5 percent in the first five months of 2020.

International intermodal to the rescue?

Starks believes international intermodal will have to power any recovery for railroads until the US surface freight market returns to pre-pandemic levels.

Marine container traffic on the rails grew 9.6 percent sequentially in April, a step in the right direction after volume fell nearly 20 percent between January and February, and dropped another 2 percent between February and March, according to the Intermodal Association of North America.

However, the outlook remains bleak as the 2M Alliance and THE Alliance have announced at least 75 additional blank sailings through September.

Cargo owners have been reluctant to import as much product as in prior years with uncertainty about whether children will go back to classrooms in September, whether shoppers will feel safe going to crowded malls this holiday season, or whether there is disposable income for people to make big-ticket purchases such as automobiles or governments to spend on costly construction projects.

“It becomes challenging to understand when we look specifically at inventory levels for manufacturing. I think that we’ll have some import activity happening as a result of retail, but it's unclear what activity there will be from a manufacturing standpoint,” Starks said. “A lot of the traditional growth is really going to have to come from the international markets. And it's still unclear when that activity picks up.”