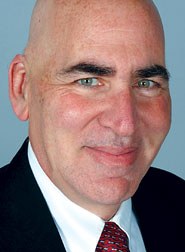 In 2012, Pacific Northwest ports, primarily Seattle, Tacoma and Portland, Oregon, handled 1.4 million 20-foot-equivalent units of containerized imports, or 7.5 percent of all containerized imports arriving in the U.S. and the western Canadian ports of Vancouver and Prince Rupert, British Columbia, according to port reports and PIERS, a sister brand of JOC.com within IHS.

Then a series of setbacks occurred. Rail service on the northern tier transcontinental line linking the Pacific Northwest to the Midwest began to buckle in mid-2013 under the combined weight of intermodal trains, grain unit trains heading west, and the burgeoning crude-by-rail business that blossomed in North Dakota and headed east. The single-track railroad wasn’t designed for the volumes being asked of it, and service suffered.

Then came the winter of 2014. Chicago, buried by snowstorm after snowstorm, came to a near standstill, stranding intermodal trains on the mainline short of their destinations. As the railroads began to recover slowly from the congestion, the International Longshore and Warehouse Union’s contract on the West Coast expired at the end of June 2014, and the meltdown from labor strife followed. Things only began to return to some semblance of normalcy in the second half of 2015.

The net result has been a significant loss of share. Pacific Northwest ports in 2015 received 1.3 million import TEUs, down 8.4 percent from 2012. Some of the decline was tied to Portland’s virtual exit from the container trade because of its labor difficulties. At the same time, total import TEUs received by U.S. and western Canadian ports increased 13.7 percent.

Unlike Los Angeles and Long Beach to the south, the Pacific Northwest ports can’t count on a huge local population base to ensure continuing service. The PNW’s volume is highly discretionary, with most of its cargo bound for interior points via rail. The true battleground is volume destined for the Midwest. How severe has the damage been?

The charts shown here use the Intermodal Association of North America’s Equipment Type, Size and Ownership data to isolate revenue ISO container movements between the U.S. Midwest on the one hand, and the PNW and western Canada regions on the other. For each region-pair, two charts are presented. Each compares the performance of the lane in question versus the overall North American intermodal network. The first chart tracks volume over time, setting January 2012 as an index level of 100. A six-month moving average is used to smooth out variation. The second chart tracks year-over-year growth versus the total intermodal network. In all cases, we are looking just at the movement of ISO containers.

The message is clear: International container volume flowing between the Northwest and the Midwest has suffered. When congestion began to take hold in mid-2013, growth turned negative, and volume began to fall behind the rest of the network. In December 2015, the index stood at 83 for the lane, vs. 103 for the overall intermodal network.

The charts depicting the international container flows between western Canada and the Midwest tell a different story. With smooth operations through the ports and on the rail connections to Chicago, growth consistently has exceeded that of the overall network and far surpassed that of the PNW. This illustrates the mobility of the swing cargo and shippers’ willingness to flexibly utilize options that work from a consistency, service and economic perspective.

As can be seen from the charts, the damage from poor performance can be severe and long-lasting. Once incurred, that damage isn’t easily reversed.