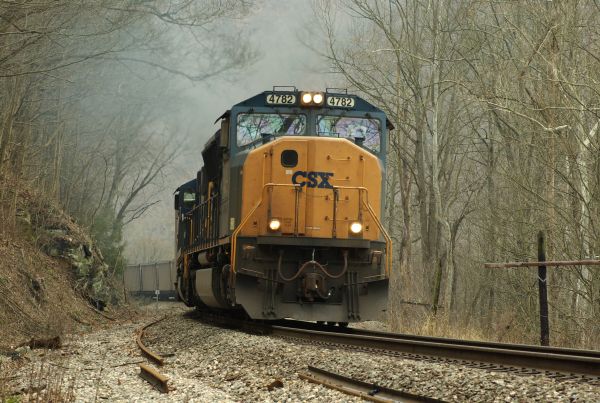 So much depends on the weather. The severity of this winter and how the major railroads respond will largely determine whether intermodal shippers see significant service improvements this spring or have to wait longer.

The longer it takes the railroads to restore intermodal service to mid-2013 levels, the greater the threat of the industry losing loads that normally would shift from the highway to the tracks. Increasing federal scrutiny, fueled by shipper frustration with service levels, will only heighten if the rail industry can’t demonstrate that it’s turned a corner.

In short, the railroads can’t risk another 2013-14 winter debacle. The brutal winter storms that caused weeks of gridlock in Chicago and resulting service delays through the U.S. revealed just how long it takes the rail industry to dig out of backlogged cargo when demand doesn’t let up. The deployment of more train crews and locomotives only stemmed further intermodal and railcar service deterioration, as demand rose throughout 2014, driven by a domestic energy boom, a near-record grain harvest and a peak intermodal season. Even with those investments, delays ranged from hours to days.

And while the industry has spent tens of billions of dollars in recent years on additional capacity, shifts in demand — such as the rise in oil shipments and fall in coal traffic — show that some railroads don’t have capacity where they need it. “Railroads cannot simply pick up track and move it from one location to another due to shifting patterns. It takes time and careful planning,” Edward R. Hamberger, president and CEO of the Association of American Railroads, said at the annual Rail Trends conference in New York in November.

The Class I railroads say they’re better prepared for this winter but warn there is only so much they can do when facing weeks of below-zero temperatures and little to no respite allowing them to recover. “I’m planning on it being bad,” Clarence Gooden, CSX Transportation’s chief commercial officer, said in November, adding he wouldn’t be surprised if weather conditions are worse in the Midwest and East than they were last year.

But this time, the six Class I railroads that connect into Chicago have a winter response system that triggers automatically when Chicago-related terminals, lines and weather metrics hit a certain point. In the past, the railroads all had to agree to take action together, which sometimes prevented the industry from initiating emergency plans soon enough. The railroads also are deploying extra crews and locomotives, opening additional storage yards and working to divert more trains that don’t need to be in Chicago away from the nation’s largest inland freight hub.

Better operational plans, along with more train crews and locomotives, are a short-term solution to the service issues plaguing the industry. Realizing this, the railroads are beefing up their capital plans to replace existing track and build more capacity via sidings and double tracking. BNSF Railway, for example, plans to spend a record $6 billion on capital projects this year, with $1.5 billion going toward expansion projects.

Despite the intermodal service issues, growth has been tremendous. When all numbers are tallied, North American intermodal volume in 2014 is expected to have increased 5 percent from 2013, and similar-sized gains are likely this year, according to the Intermodal Association of North America.

But those gains could have been even greater, a recent survey of some 600 shippers by Wolfe Research suggests. The survey, conducted in August and September, found that the rate of conversion of highway loads to intermodal was the weakest in four years, with shippers citing poor service as the main reason they didn’t convert more loads to rail.

“We’ve diverted most of our intermodal back to over-the-road, and where we do have intermodal we’ve increased safety stocks,” Paul Newbourne, senior vice president of operations for Armada Supply Chain Solutions, a third-party refrigerated logistics provider for major restaurant chains, said at recent shipper event.

The railroads will lose more potential intermodal conversion if service doesn’t improve this year and trucking rates stay competitive, said Larry Gross, a senior consultant at FTR Associates. That would be a step back for an industry that has spent billions of dollars over the last decade to make intermodal service more reliable, and, ultimately, a key plank in shippers’ transportation portfolio.

Shippers’ frustration with rail service, particularly those moving grain and coal in railcars, has brought more federal scrutiny to the industry and given those in Congress opposed to the industry’s pricing power a rare window of opportunity. Although re-regulation legislation isn’t likely to get far in Congress, the Surface Transportation Board, the nation’s rail regulatory agency, has become more vocal about service issues. The rail industry argues that any steps toward re-regulation would hamper its ability to restore service and invest sufficiently in its network.

If the winter isn’t too severe, the rail industry is expected to achieve significant service improvements by midyear. Plummeting global prices could reduce domestic energy demand, reducing the amount of frac sand and oil shipments the railroads haul and allowing the industry to restore network velocity more quickly.

Even if intermodal service doesn’t improve to the extent shippers want, customers needing long-haul services have few alternatives. Truckload utilization is in the high-90s percentile range, causing rates to rise and setting the stage for sharp increases whenever there are surges in demand or inclement weather. Motor carriers’ inability to fill enough truck seats to meet demand — the unattractiveness of the occupation, increased freight growth and intensified federal regulation — isn’t expected to ease, either. Intermodal is the “ugliest handsome guy at the high school dance,” Gross quipped at the JOC Inland Distribution Conference in Kansas City in October.

Intermodal pricing in 2015 depends mainly on the extent to which truck capacity tightens, he said. Gross expects pricing to rise in the low to mid-single digits, excluding fuel surcharges.

“My feeling is that intermodal has lost control of its destiny,” he said, adding that the rail industry deserved the intermodal growth it achieved through its success making service reliable. But now what happens in the trucking industry “is driving the bus” for the intermodal sector.