Hub Group’s President and Chief Operating Officer Mark Yeager has resigned from his post, a move one analyst called a “surprising and abrupt” departure from the Chicago area-based intermodal rail provider.

Yeager’s resignation may yet add another element of instability to the firm, whose intermodal business has struggled over the past year thanks in large part to slowdowns on the U.S. West Coast and a slow recovery of intermodal rail service since networks reliability took a nosedive during the harsh 2013-2014 winter. 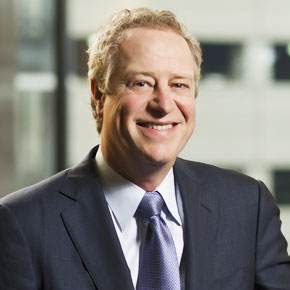 The departure is more than likely the product of a disagreement between Yeager and the company, equity research firm Robert W. Baird & Co. said in a Tuesday research note.

“Yeager's resignation is surprising and abrupt,” said senior analyst Benjamin Hartford. “The resignation is more likely motivated by a personal or personnel disagreement between Mark and the company (as opposed to any financial, operational or strategic disagreement), but little incremental clarity was provided.”

Yeager’s brother, the company’s chairman and CEO Dave Yeager, will be taking over Yeager's responsibilities on an interim basis until a replacement is found, the company said. Yeager will remain a member of Hub Group’s board.

"Mark worked at Hub for 23 years with steadily increasing responsibility,” Dave Yeager said in a statement. “On behalf of Hub Group, I would like to thank Mark for his valuable contributions to Hub Group's success and wish him the best in his future endeavors."

Yeager has served as the company’s vice chairman of the board since November 2008, president since January 2005 and chief operating officer since May 2004, according to the company's website. Prior to joining Hub Group in 1992, Yeager was a practicing attorney.

The company most recently reported a small drop in profit in the second quarter. Net income slipped 1 percent year-over-year to $18.5 million, even as intermodal volume jumped 6 percent in the same period. Still, it was a noticeable improvement from the first quarter, when net income fell 16.5 percent to $10.3 million, revenue shrank 1.5 percent and intermodal traffic inched up only 1 percent.

The firm has had a rough year. Without port congestion, which exacerbated chassis shortages and flummoxed gate reservations at rail terminals, Hub estimated intermodal volume in the first quarter could have been up 3 percent year-over-year.

Hub Group said the intermodal rail service of its two major partners, Union Pacific Railroad and Norfolk Southern Railway, is now improving, albeit not fully recovered, delivering a better financial performance than the prior quarter. The company said it expects intermodal volumes to grow 4 to 7 percent this year.