Hub: No end in sight for weak US domestic intermodal margins

Hub: No end in sight for weak US domestic intermodal margins 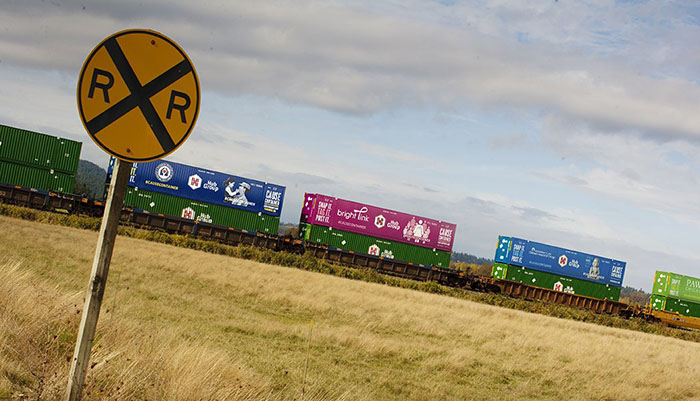 Lower pricing and higher costs took some of the luster off record-breaking intermodal volume for the Hub Group in the third quarter.

The Hub Group, the second-largest US intermodal marketing company, said soft freight demand is driving down rates and keeping profit margins tight for transportation providers — and it doesn’t expect changes any time soon.

Falling truck and intermodal pricing also cut into profits at top competitor J.B. Hunt Transport Services in the third quarter, despite increases in freight volume and revenue. The 5 percent drop in net profit to $109.4 million was the first decline in profitability this year for the intermodal trucking firm, which has gained market share in 2016 while competitors cut capacity as their margins narrowed.

It’s assuredly a shipper’s market. Pricing in the third quarter appears to have been a challenge for every transportation provider. Even executives at Union Pacific Railroad, the largest rail operator in the United States, admitted the Western railway has lost some of its pricing power as domestic and international freight demand remains muted in the last quarter.

The company’s truck brokerage division, which won some new accounts in the third quarter, posted a 16 percent increase in revenue to $97 million in the third quarter. Hub’s third-party logistics provider subsidiary Unyson Logistics posted a 12 percent year-over-year uptick in revenue, at $154 million. That double-digit increase was also thanks in large part to new customer accounts coming online, Pizzuto said.

The company’s other 3PL subsidiary did not fare as well. Hub’s Mode Transportation segment posted a 5 percent year-over-year decline in revenue to $252 million. It nevertheless brought in an $8 million profit, an 11 percent increase over third quarter of 2015.

Hub’s individual divisions contributed to a 4 percent year-over-year increase in revenue to $933 million. Profit, however, was still down 10 percent to $17.9 million.

“Generally speaking, demand is muted and intermodal peak season got off to a slower start than we anticipated,” said Hub CEO David Yeager.

Yeager said that the peak fall shipping season will last through the end of the year because of its late start. Nevertheless, that demand remains muted. Competition between the roads and rails is fierce, and profit margins for both segments remain limited.

In the current market, pricing is becoming more elastic as the company strives “to support and protect strategic customers and markets,” Yeager said.

It doesn’t just impact the company’s business with railways. “We anticipate the truck brokerage marketplace will continue to remain incredibly competitive for the remainder of the year,” added Maltby.