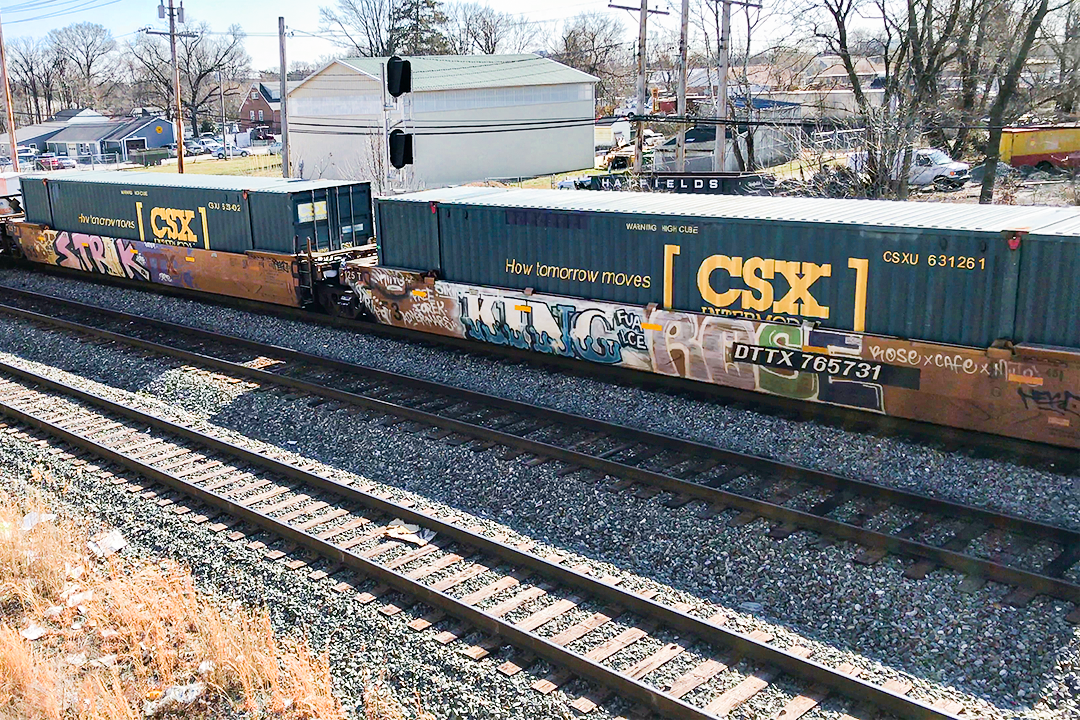 With North American intermodal volume experiencing its worst April since the 2008-09 Great Recession — and no relief on the horizon amid the COVID-19 lockdown — Class I railroads say they're focusing on what they can control in these uncertain times: costs and service.

“These are unprecedented times,” Jim Foote, CEO of CSX Transportation, said on an earnings call Wednesday. “I’ve been through a lot in my career, from Black Monday to the Great Recession and a lot of other unsettling events, but nothing like this.”

North American intermodal volume was down nearly 10 percent in Weeks 1 to 16 versus the same period last year, according to the Association of American Railroads (AAR).

The COVID-19 pandemic is clearly wreaking havoc on rail freight demand in the second quarter, according to AAR data. North American intermodal volume over the past three weeks is down 18 percent compared with the same period a year ago, with Union Pacific Railroad, Kansas City Southern Railway, and Norfolk Southern Railway volumes dropping between 20 to 25 percent, marking the worst April for North America intermodal volume since the global economic crisis almost a dozen years ago.

Foote said CSX has looked back to 2008-09 to gauge “what it’s like when 20 percent of your business [across all commodity groups] goes away in two weeks.” In the last three weeks, CSX’s intermodal volume has fallen 14 percent versus the same period in 2019 and 21 percent versus 2018, according to AAR.

Lance Fritz, CEO of Union Pacific, said Thursday he anticipates volume across all commodity groups will plunge 25 percent year over year in the second quarter.

“We’re learning a little more every week about the dynamics of how deep and long it might be, but it’s still very unclear,” he said. “You can hear very well-educated, deeply experienced economists that still think of a V-recovery, U-recoveries, W-recoveries, or a slow hockey-stick-like ramp-up. Our collective belief is [the COVID-19 recession] will be sharp and deep and will last a while.”

Similar to Foote and Fritz, Canadian Pacific CEO Keith Creel warned that the second quarter would be down “in a major way,” although he didn’t give a volume forecast. CP’s volume over the last three weeks was down 8.8 percent versus the same period last year.

“It’s going to be a little bit stronger [sequentially] in the third quarter,” Creel said on an earnings call this week. “It’s going to be stronger in the fourth quarter. But it’s probably the first quarter of 2021 before it normalizes.”

Given the unknowns, CSX, UP, and CP focused remarks this week on controlling costs and service to prepare for a recovery.

CSX said it has stored 400 locomotives and reduced the number of trains loaded and sent out — i.e., “train starts” — by 23 percent since the end of March to counteract a 25 percent volume decline forecast in the second quarter across all groups.

Those are decisions that impact all business lines, not only intermodal customers who might wait a day longer to have their container leave from its origin.

“All we need to do is to have an honest dialogue with our customers about the fact that we don’t think we can serve them five days a week; how about three? And they go, ‘Sure, let me make the necessary adjustments, where it is appropriate,’” Foote said.

Fritz said UP has also idled “many, many” locomotives, without providing a number. But they’ve been stored in a way that the units can be returned to service within hours if there is a sudden surge in volume — intermodal or otherwise.

“We have [crews], instead of furloughing them completely, ready to go on short notice,” Fritz said. “We decided it was a smart move to be able to put people back on to operate the trains quickly. So we’ve done everything we can to prepare for a V-shape, U-shape, or any other type of recovery.”

With fewer loads to haul, intermodal service has been much better this year than during the 2018 capacity crunch, when shippers were frustrated by unreliable performance.

While only a few miles per hour might seem insignificant, it does add up on longer hauls. For example, on a 2,000-mile haul such as Los Angeles to Chicago, those higher train speeds can shave up to 12 hours off a journey and tighten the difference in transit times compared with trucks. If yard operations can also be maximized, providing additional transparency and speed from train to container availability for pickup, then cargo owners may shed some old stigmas of intermodal as slow and inconsistent.

“We’ve got a much stronger service product, which is going to help us compete against all the modes: barge, other rails, or trucking,” said Kenny Rocker, UP’s executive vice president of sales and marketing.