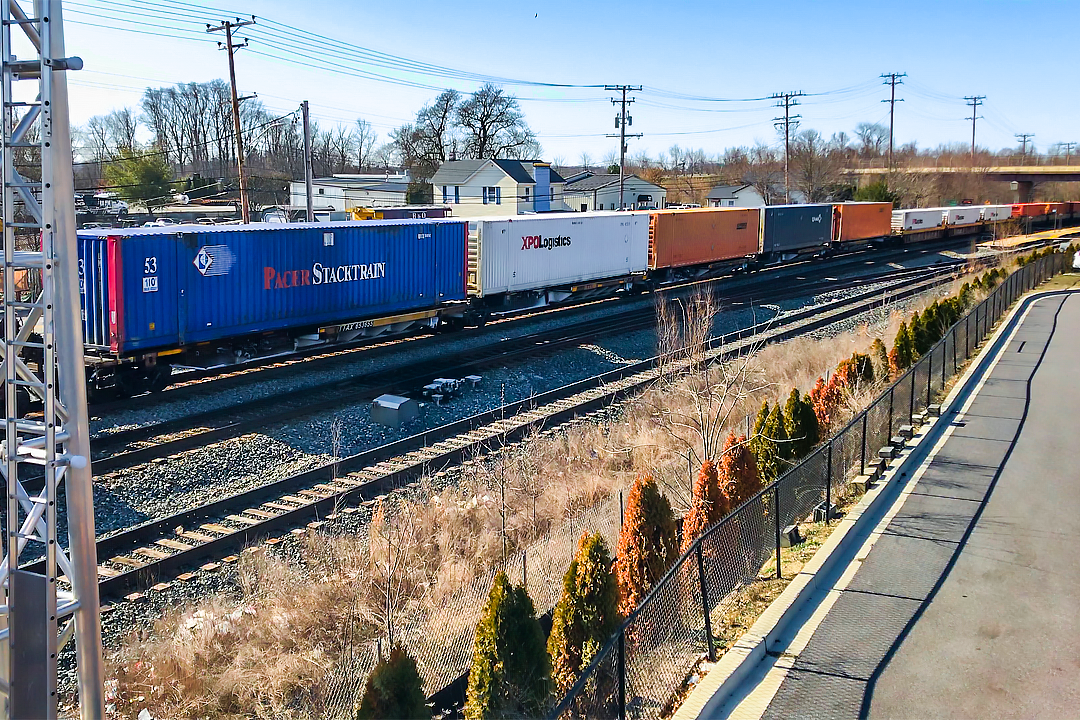 With domestic intermodal volume at one of the weakest points since the Great Recession of 2008-2009, intermodal marketing companies are worried about railroads taking the position that they won't chase the falling US truck rates to maintain volume. Photo credit: Ari Ashe/JOC.com.

Domestic container and trailer volume on the rails in April was the weakest in eight years amid the COVID-19 shuttering of non-essential businesses and manufacturers and extremely low truck rates that beat intermodal pricing in several key markets.

And despite some signs that spot truckload rates might be slowly climbing again, two intermodal executives told JOC.com that May volume could be just as bad as April and the second quarter might be the worst quarter for domestic intermodal since the Great Recession in 2008-09.

Two Midwest-based intermodal marketing company (IMC) executives, who are liaisons between shippers and Class I railroads, rated April as a “two” on a 10-point scale, with one being the worst and 10 the best. Both spoke on the condition of anonymity because they are not authorized to speak publicly on such matters.

“April was as bad as it gets, and May isn’t looking any better. I am cautiously optimistic that with more states starting to allow businesses to reopen, we are at the bottom of the trough and June will improve sequentially,” one of the IMC executives said. “But I believe the second quarter is going to be among the worst on record for intermodal volumes, particularly for domestic as international saw a slight uptick after Chinese manufacturing restarted.”

The second IMC executive agreed that May started very weak and only recently began picking up a small amount. He predicted May domestic equipment volume would be somewhere between down 2 percent to up 2 percent sequentially from April, which if accurate would again create a year-over-year plunge unseen since the Great Recession.

“During the financial crisis [of 2008-09], it was very bizarre in the sense that it was like somebody came in and just turned the light switch off, and intermodal went way down, in September and October of 2008, and then all of a sudden in February of 2009 somebody turned the light switch back on and volume came back,” the second source said. “But I don't think it's going to come roaring back quickly this time around, it’s going to take longer. I've never seen a time like this in my career.”

One positive sign for IMCs is that truck rates have warmed on the West Coast. While the JOC Shipper Truckload Rate national average is $1.59 per mile in May to date, down 8 cents sequentially, according to digital broker Loadsmart, dry van rates out of California are up approximately 20 cents per mile in the same period. That is a good sign for IMCs looking to sell space on trains because California is a key origin point for intermodal freight. Loadsmart provides quotes on what shippers would pay, rather than actual transactions, but its results are highly correlated with data from DAT Solutions.

There are other signals that intermodal volume may not be as low going forward as it was in April. North American intermodal traffic rose 1 percent in Week 20 versus Week 19, while US intermodal traffic climbed nearly 2 percent week-to-week, according to the Association of American Railroads (AAR). The AAR doesn’t distinguish between international and domestic traffic, however, so it’s impossible to tell whether that is a rebound in port volumes on the West Coast or a silver lining for domestic intermodal providers.

The trucking problem for intermodal

As Knight-Swift Transportation CEO Dave Jackson said in JOC’s Q1 Domestic Intermodal Savings Index (ISI) report, intermodal will struggle to compete as long as there are truck drivers willing to accept low rates, sometimes less than $1 per mile, to survive another week. Truck drivers make this decision in order to pay the bills, such as truck payments and insurance, Jackson said.

The JOC index measures how much money a shipper should expect to save on nearly 200 modally competitive lanes. Index values are measured from a neutral base of 100, signifying truckload and intermodal rail rates are identical. Values over 100 indicate intermodal is cheaper, while values below 100 indicate trucking is cheaper. The higher the value, the more intermodal saves over trucking.

All index values correspond to percentages, which means 103.3 equals a national average of 3.3 percent intermodal savings compared with long haul trucking, down from 16.5 percent savings in March and below the historic average of 13.8 percent savings.

The Contract ISI was 118.3 in April, below the historical contract average of 124.5.

Not many silver linings on the horizon

One of the IMC executives said he is pessimistic about intermodal in 2020 due to four reasons other than trucking.

For starters, he noted retailers have missed the important spring and summer sales and back to school will be in jeopardy if it appears virtual classrooms will be the norm in the fall.

A footwear shipping executive, speaking on the condition of anonymity, said his company already cut back on purchase orders from Asia on back to school goods because of the uncertainty. The source explained his company and those in apparel are shifting supply chain strategies toward e-commerce rather than in-store purchases, which he said will be a net benefit for parcel giants FedEx and UPS, but bad for truckload and intermodal providers handling store replenishment.

The IMC executive also believes unemployment numbers will likely continue to climb as some businesses fold, which means slower consumer spending. And because of lower consumer spending, he anticipates auto sales will be down in 2020. IHS Markit, the parent company of JOC.com, forecasts that US light vehicle sales will drop nearly 27 percent this year to 12.5 million units, and global light vehicle sales are forecast to be down 22 percent to 70.3 million units. Fewer sales means fewer finished cars and auto parts moving on the rails.

Finally, he argues that with businesses finding ways to operate in a virtual environment, fewer people will be commuting to offices in the near term. Businesses that depend on office foot traffic may fold too, exacerbating the economic problems.