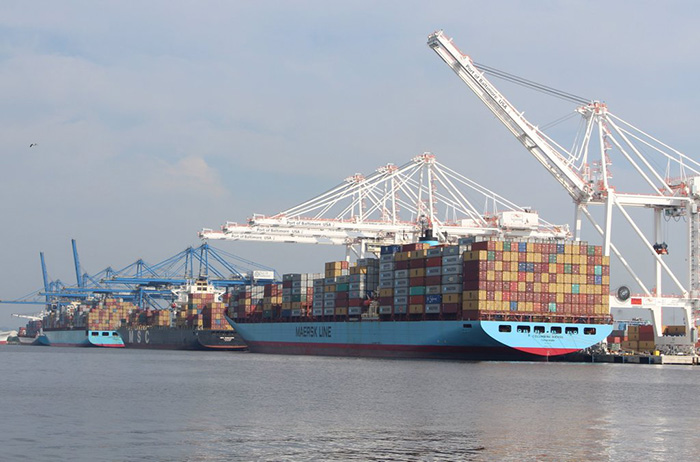 The Port of Baltimore, pictured, has rail access, but would stand to gain much if that access could accommodate double-stacked trains.

The Port of Baltimore is not giving up on a project to raise the Howard Street tunnel enough to allow the passage of double-stacked freight trains even after the state of Maryland failed to secure $155 million in needed federal grants.

Port officials officials told JOC.com they plan next year to apply for the funding needed to jumpstart a project that they believe will help make the port a significant gateway to freight heading by rail to the Midwest. Port representatives will be meeting with U.S. Department of Transportation officials later this summer to “discuss how we might revise our application for next year, to give us a better shot” at securing funds, port spokesperson Richard Scher said Thursday.

The freight tunnel was one of two transportation projects in Baltimore that were overlooked earlier this month when the department picked 18 grants totaling $600 million for projects in 16 states that the Nationally Significant Freight and Highway Projects program will fund. Known as FASTLANE, the program was created through passage of the latest surface transportation bill, Fixing America's Surface Transportation, in late 2015. The department also rejected a $76 million request for new highway ramps off of Interstate 95 to benefit the sprawling Port Covington redevelopment.

Port authorities and Maryland transportation officials had pinned their hopes on the federal government providing just more than one-third of the funding for the $425 million tunnel upgrade, of which the state has said it will pay $145 million and CSX Transportation would contribute $125 million.

Port officials said that the raised tunnel, when coupled with their 50-foot channel and berth and post-Panamax cranes, would trigger a surge of freight rail out of the port and make it competitive with the ports of Virginia and New York and New Jersey. The 120-year-old tunnel is at present too low in parts for double-stacked trains to pass. State officials argue that double-stack capability would help persuade shippers that Baltimore’s facility warrants “first in port status” — the first port that a ship stops at. That port is invariably the one where freight cargo is unloaded to move it inland as quickly as possible.

Mark Sisson, senior port planner/analyst for California-based AECOM, however, has questioned whether the tunnel would have that much impact, saying there is plenty of East Coast rail capacity available and Baltimore might find it tough to attract more cargo amid fierce competition.

Scher noted that the DOT awarded only $800 million out $9.8 billion sought in 212 applications, meaning that fewer than 10 percent of the applications were funded.

“It was very disappointing news for us,” said Scher, of the rejection. “The lack of double stack rail is a hurdle that we need to clear. … We will be working with CSX to apply again next year.”

The grants benefitting the ports still need to be reviewed by congressional committees over the next 60 days, but will likely come through without a hitch.

The largest grant, $165 million, would go the Atlantic Gateway project in Virginia, which would include enhancements to Interstate 95 around Washington D.C. The Port of New York and New Jersey would receive $10.7 million toward the $17.8 million it needs for its Cross-Harbor Freight Program. The port aims to expand existing railcar float services between the Greenville Yard in Jersey City and 65th Street Yard in Brooklyn.

At Savannah, the DOT would dole out $44 million of the $126.7 million needed for the port's International Multi-Modal Connector, which will take five years to complete and increase rail capacity and velocity at the port while shifting loads to the rails from the region’s highways.