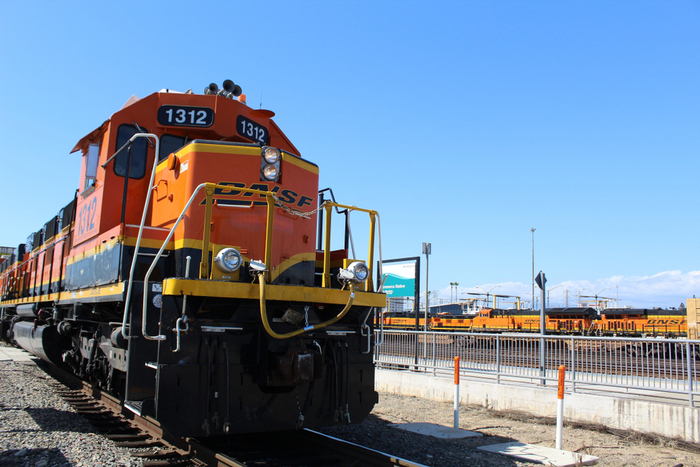 Fitch Ratings sees overall cargo volume declines of 20 to 30 percent in the first half of the year for North American ports. Photo credit: Shutterstock.com.

ACTA’s downgrade by Fitch Ratings on Monday, which followed a similar move by Standard & Poor’s Global Ratings on Friday, was part of an overall downgrade of North American ports from stable to negative amid plunging consumer demand, projected year-over-year negative cargo volumes through 2020, and supply chain disruptions due to coronavirus disease 2019 (COVID-19).

James Preusch, ACTA’s interim CEO, told JOC.com Tuesday that despite the deteriorating container volume outlook for the Southern California ports, the authority calculated that if 2020 container volumes are at least 50 percent of last year’s volumes, ACTA will meet its debt obligations for the coming year. “ACTA will be OK,” he said.

That point was emphasized in a March 25 letter from ACTA to the chief financial officers at the ports of Los Angeles and Long Beach. When ACTA was founded, each port committed to covering 50 percent of any annual shortfall the corridor might incur in repayment of its debt obligations. Preusch stated in the letter that “no shortfall advance is required for the fiscal year ending June 30, 2021.”

The Alameda Corridor is a 20-mile-long “rail expressway” that connects the ports of Los Angeles and Long Beach with the transcontinental rail network. About two-thirds of the containers moving through the port complex are destined for the eastern half of the country. The corridor last year handled 4,781,263 TEU, according to ACTA’s website; the average annual handle over the past five years was 4.62 million TEU.

ACTA’s sources of revenue are based primarily on the annual container throughput at Los Angeles-Long Beach. ACTA charges the BNSF and Union Pacific railroads a usage fee, which is adjusted each year according to the consumer price index in Southern California. The fiscal year 2020 fee is $25.51 per laden TEU, according to ACTA. The fee as adjusted last October represents a 3.2 percent increase based upon the Consumer Price Index (CPI), Preusch said.

Marine containers that circumvent the corridor by being unloaded at distribution centers in Southern California and transloaded into domestic containers for shipment to the eastern half of the country do not generate revenue for ACTA. Transloading volumes have grown at the expense of intact movement of marine containers, which are the primary source of ACTA’s revenues. Transloading now exceeds more than 52 percent of all containers leaving Southern California by rail. That is up from 32 percent in 2006, according to ACTA.

Preusch said transloading in the region appears to be leveling off, due in part to the very low vacancy rate at warehouses in the Los Angeles area, which drives up transloading costs. Preusch said most of the cargoes that lend themselves to transloading have already been captured by local distribution warehouses.

However, the basis of most of the corridor’s revenue is container volume in Los Angeles-Long Beach, and volume declines are likely at all North American ports this year. S&P, in its ratings report last week, downgraded ports from stable to negative and issued a warning that cargo volumes for the remainder of the year will most likely continue to decline.

“The dramatic contraction of the global and US economies, and virtual collapse of travel and mobility across the transportation subsectors, is a demand shock without precedent, with no definitive indication at this time regarding its duration and severity, as well as the follow-on effects of an economic recession,” S&P stated.

Fitch sees container volume declines of 20 to 30 percent for all North American ports in the first half of 2020 due to COVID-19, as well as numerous blank sailings in April and beyond, and softening consumer demand. “H2 2020 reflects a decline of 10 percent year-over-year, recognizing the already low base in H2 2019 from tariff-related volume declines and overall lessened demand,” it said.