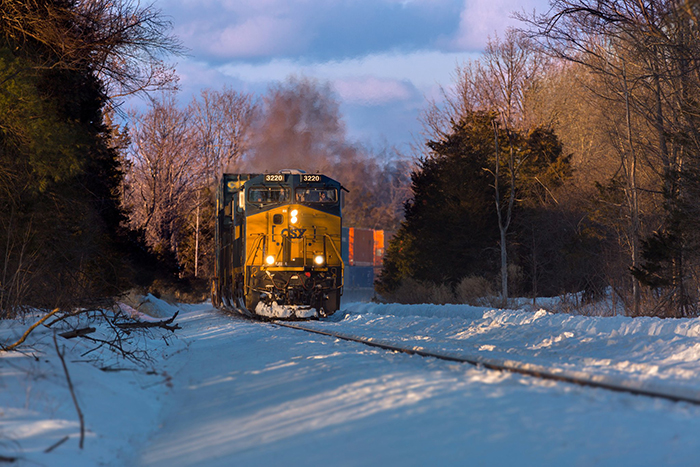 The state of New York is backing the creation of an inland port to connect shippers in the central part of the state to the Port of New York and New Jersey by rail, as port-area warehousing vacancy rates have sunk to 4 percent and lower.

The tight real estate market around the port, and the potential to offer shippers a cut of about 40 percent — about $500 — in the cost of sending a container to or from the port from Central New York State — are among the factors that prompted the state’s evaluation of the merits of a rail-connected inland port.

The Department of Transportation, in its final report of a feasibility study into the merits of three proposed sites for the Central New York Inland Port, concluded that the CSX DeWitt Yard just east of Syracuse was the most viable alternative.

The yard was the only one of the three — the other two were a former Honeywell industrial site in Camillus and an abandoned quarry in Jamesville, both near Syracuse — to have a reliable five-day-a-week rail service. CSX officials, who already run an intermodal container transfer facility on the site, have expressed a willingness to provide such a service, the report said.

Real estate analysts say the area around exit 8a of the New Jersey Turnpike, in central New Jersey, about 35 to 45 miles from the port is close to saturation, as are other areas closer to the port, most of which are based in New Jersey. Shippers and logistics companies have increasingly turned to Lehigh Valley, in Pennsylvania, about 60 to 80 miles from the port to find space.

The turn to Lehigh Valley reflects a nationwide shift in which shippers are looking at secondary markets because warehouse vacancies have become sparse in the largest markets and prices have risen. Indianapolis, for example, is getting overflow business from Chicago, and Reno, Nevada, is getting business from Northern California. Likewise, San Antonio is getting secondary market business in Texas, and Phoenix is helping serve Southern California.

The DeWitt site, about 260 miles from the port, would focus more on shippers in the region, serving those within a radius of 75 to 100 miles of the inland port, the report said. In 2012, the latest year for which statistics are available, 23,300 import TEU destined for the central New York region came through the Port of New York and New Jersey, the report said.

The DeWitt inland port, if implemented, would also contribute to the Port Authority of New York and New Jersey’s effort to reduce truck traffic to and from the port to cut congestion and pollution. The port has promoted the movement of cargo by rail and barges, instead of truck.

The truck-reduction effort has taken on importance in the wake of the raising of the Bayonne Bridge and the expansion of the Panama Canal, which is bringing growing numbers of mega-ships and more cargo to the Port of New York and New Jersey, placing a stress on its logistical resources. Port officials are hoping that the rise in cargo will also mean a greater proportion will leave the port by train.

Total traffic through the port has increased 4.7 percent year over year through the first three quarters of the year to 3.5 million laden TEU, according to PIERS, a sister product of JOC.com.

“We strongly support the use of rail to transport cargo, and are reviewing the report and its recommendations,” said Steve Coleman, spokesperson for the Port Authority.

New York state officials and business leaders have for a decade explored the possibility of an inland port, believing it could reduce the cost of transporting imports and exports, and make central New York businesses more competitive around the world.

“In general, certain importers and exporters will find the operating characteristics and costs associated with an inland port to be attractive,” the report said. “However, much of the benefit to such firms will be realized only with regularly scheduled and frequent rail service.”

Exports from central New York include agricultural commodities and wood products, as well as scrap paper and metals, the report said. Soybeans shipped to Asia are on the rise. Shippers that import goods and have warehouses or distribution centers in the area of the proposed inland port, include Best Buy, CVS, Wal-Mart, and Ace Hardware, the report said.