Europe to rails: Get your house in order

Europe to rails: Get your house in order 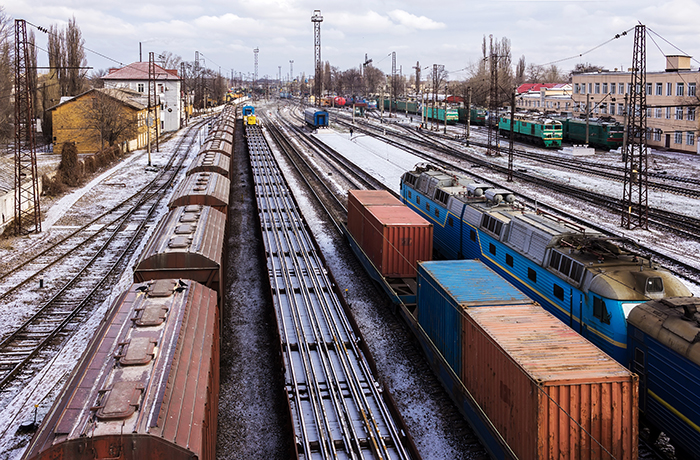 The EC commissioner’s comments provided a useful reminder of what railways across Europe were failing to do. Photo credit: Shutterstock.

The European Commission has dramatically turned up the heat on the rail freight industry with a thinly veiled warning that rail’s failure to deliver a greater market share was threatening public funding that underpins rail in Europe and is urgently needed to improve inadequate infrastructure.

This should be taken as a wake up call to the industry and EU member states, said Tony Berkeley, UK parliamentarian, chairman of the UK rail lobby Rail Freight Group and board member of the European Rail Freight Association.

Berkeley told JOC.com that the support of national governments was needed now more than ever if rail is to get back on track, but the EC commissioner’s comments provided a useful reminder of what the railways across Europe were failing to do.

“The performance and arrival times of many freight services is often 60 to 70 percent on time. This is much worse than road, even when the rail services are not disrupted by track closures that happened at Rastatt in Germany in August, where some 200 trains a day were disrupted for six weeks,” he said.

Infrastructure work on a new tunnel in Rastatt caused the track above to subside, forcing the six-week closure of one of the most important north-south rail routes in Europe. It created major delays for shippers and added costs to their supply chains. Berkeley was damning in his indictment of how the route closure was handled.

“We do not yet know how many have abandoned rail for good, but who can blame them when, on this heaviest trafficked of all corridors, there were no suitable diversion routes available, where there were continuing stupid arguments about whether French or German language should be used at frontiers, where there were no suitable diversion routes, no drivers with the necessary route knowledge, and where the infrastructure managers appeared less than fully concerned and willing even to cut the odd corner to keep the trains running,” he said.

Europe’s rail freight sector is being pummeled from two sides. Rising containerized imports from Asia are arriving at Mediterranean and North Europe gateways that need to be transported inland, while at the same time volume on the China-Europe rail is expanding rapidly, and the rail infrastructure is inadequate to handle the demand.

Hans Reinhard, president of the Group of European TransEurasia Operators and Forwarders and vice chairman of the International Coordinating Council on Transsiberian Transportation, said there was an urgent need to improve infrastructure in the face of rising volume.

“There are diverse, and partly massive, structural inadequacies in Europe that have to be remedied urgently. We need additional railway lines, more locomotives, and wagons and additional locomotive drivers,” he said in Beijing recently.

Efforts to shift cargo from road to rail are faltering in the face of the rail sector’s unreliability and low service levels. According to Martin Schwemmer of the Fraunhofer Center for Applied Research on Supply Chain Services, 78 percent of the national domestic and outbound goods in the European Union were carried by road.

“This figure is still very high and counteracts political aims to shift goods flows to more environmentally friendly modes of transport, first of all railway transport. Yet, railway transportation distinctly lacks flexibility compared to transport by road,” he said in a 2017/18 report on European logistics services.

But complicating attempts to streamline EU rail is that the network is largely a system of separate national networks, with various national authorities and very different rules governing path allocation, management, and pricing.

“The European Commission has done its best to create a program of liberalization but have been held back on numerous occasions by member states listening too hard to the railways they own and preventing change whilst, at the same time, paying more and more into the inefficient bottomless pits that are these massive monopolies,” Berkeley told JOC.com.

He said rebalancing road and rail funding would help towards the EU goal of reducing air pollution and the road traffic congestion that causes so much of it. “But to achieve this, the all-important customers of rail will need to be convinced that any change brought about by the railways themselves or their paymasters, the member states, will bring about the necessary improvements to reliability, service quality, and costs that customers want and have a right to expect.”