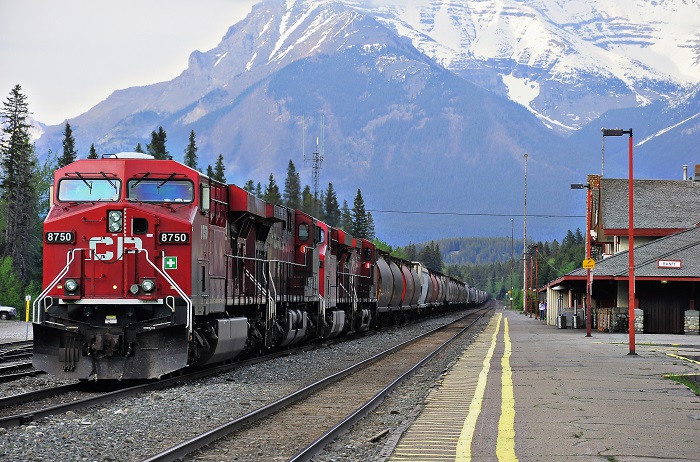 Less than 24 hours after engineers and conductors walked out and joined the picket line, Canadian Pacific Railway reached a tentative, four-year deal with the Teamsters Canada Rail Conference (TCRC).

Each strike over the last eight years has increasingly become shorter. In 2012, the government ordered labor back to work after nine days. In 2015, the two sides agreed to arbitration after two days. This strike lasted one day.

For the TCRC, which represents 3,000 conductors and engineers, the tone is far different now than it was five days ago when more than 98 percent of members rejected a final offer from CP management.

“CP is offering more of the same contract language that workers just voted to reject a few hours ago. The company clearly isn’t serious about reaching a negotiated settlement and delivering on their promise to do right by their employees,” TCRC president Doug Finnson on May 25.

After the settlement Finnson said, "We have had the discussion that needed to take place. This is a solid step in re-establishing a positive business relationship and moving forward."

CP already avoided a strike by reaching a three-year deal with the International Brotherhood of Electrical Workers, which represents 360 signal workers, hours before the deadline. In doing so, CP has resolved a strike that seemed inevitable only a month ago.

CEO Creel: "This is a positive result..."

"This is a positive result for our TCRC employees and their families, the 12,000-strong CP family, our customers and the entire Canadian economy," said Keith Creel, CP CEO. "It is especially meaningful to achieve a four-year tentative agreement with our valued locomotive engineers and conductors, providing long-term stability for all parties involved. This is a significant step toward a renewed positive relationship growing forward together serving our customers and the Canadian economy."

With the quick deal, beneficial cargo owners will not have to plan out how to adjust their supply chains to avoid the CP network. Hapag-Lloyd and the Ocean Network Express, two of CP’s customers, don’t have to worry about routing vessels to the ports of Vancouver and Prince Rupert. Other Class I railroads won’t have to store Canadian-bound containers at their interchange points with CP.

Creel sought to improve the relationship between management and employees when he replaced the late E. Hunter Harrison in January 2017. In the ensuing months, Creel traveled across Canada to speak with more than 1,000 employees in a series of town halls, looking to repair the frayed relationship with labor under Harrison’s tenure due to layoffs, belt tightening, and his militaristic leadership style.

When ratified, the new contract provides the shippers assurance that the labor issue will not cause a problem until at least 2021-2022.