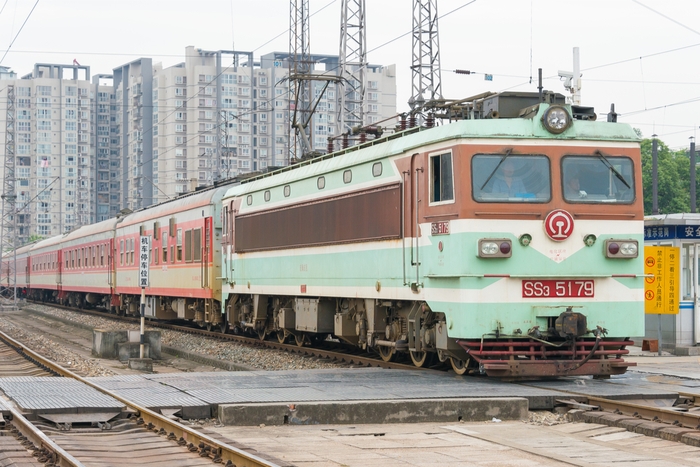 Rail freight services out of China have been disrupted with suspensions to and from Wuhan in Hubei province, identified as ground zero in the coronavirus outbreak. Photo credit: Shutterstock.com.

Shippers have been advised to get their China-to-Europe rail freight bookings in early to avoid being squeezed out as coronavirus restrictions leave air cargo customers stranded by canceled flights and ocean shippers facing loading delays.

More than 25,000 passenger flights to China have been suspended in a bid to prevent the spread of the virus, according to analyst OAG Aviation Worldwide, removing a huge amount of long-haul belly cargo capacity from the market. Airlines are also operating reduced freighter schedules.

Container carriers traditionally blank sailings for the slow, post-Chinese New Year period, but as a result of the extended holiday period, the 2M Alliance will cancel an additional two China-North Europe sailings in February, and the Ocean Alliance is believed to be blanking three sailings in February on the China-US West Coast trade.

The canceling of intermodal cargo services will have a huge impact on the market, Igor Tambaca, managing director at Rail Bridge Cargo, said in a Railfreight.com webinar Tuesday.

“Demand will be for whatever mode is running, and that is rail, so a lot of cargo will come to us from other modes,” he said. “My advice is, book your cargo on rail as fast as possible, and look for other sourcing regions.”

Rail freight services have also been disrupted with suspensions to and from Wuhan in Hubei province, identified as ground zero in the coronavirus outbreak. The next train out of China is loading in Xi'an and scheduled to leave for Europe on Feb. 9. Other rail services from Xiamen, Zhengzhou, and Yiwu and destined for Hamburg and Duisburg in Germany have been scheduled for later in February, but space on all the services will be at a premium, warned Jacky Yan, Shanghai-based head of rail and intermodal at Chinatrans International.

“For the bookings we have received for the second half of [February], the Xi'an train is almost fully booked,” he told the webinar. “The capacity for freight trains is also limited. We have applied to the authorities to try to increase the number of block trains, but so far there is not enough capacity.”

Yan said there was no centralized information source that updated rail schedules, and establishing what services were running and when required painstaking research, especially with much of the country still off work.

The Chinese New Year holidays were extended by three days to Feb. 2, but the manufacturing powerhouses of China’s eastern provinces will keep businesses closed until Feb. 10. News that confirmed cases of the novel coronavirus in the country have risen past 20,000 has raised concerns that the factory closure might be even further extended. Extending the holiday is meant to limit the interaction of individuals in work settings to lessen the spread of the virus, but it means that production at factories and shipping operations at the ports will be interrupted longer than usual.

Severe travel restrictions are part of the countermeasures China has taken, limiting the movement of truck drivers that are a critical part of the supply chain. Forwarders say truck drivers crossing some provincial borders are required to spend 14 days in quarantine.

“Everything depends on the trucking companies and how fast they can get workers back to work. They are the first link to every terminal for ocean, rail, and air,” said Marco Reichel, Shanghai-based business development manager for Asia-Pacific at Crane Worldwide Logistics.

“We have limited truck drivers at the moment, and most drivers will not be able to return to their workplaces immediately after the end of the holidays, so the shortage of drivers will still be there for a while,” he said.

Reichel told the webinar that drivers wanting to transport cargo earlier than Feb. 9 needed to first apply for special permits.

“A driver needs to explain why the cargo needs to move before the end of the extended Chinese New Year before a permit will be issued,” he said. “It can take three days for that permit, which is combined with a health check.”

The lack of drivers also extends to the e-commerce market; Reichel said no online orders made on the giant Taobao online shopping platform in China would be delivered until Feb. 10.

Delays to be measured in weeks

Shippers in Europe are expecting significant delays on their China imports. The logistics director for a German importer handling 15,000 TEU a year told JOC.com that space would be tight in the last week of February, and he was planning for a delay of three to four weeks for all deliveries of Europe containers.

“We have blackout dates for Chinese New Year and the week after, therefore there is no impact on shipments this week,” he said. “However, this week is when we should have booked for next week already. That means with estimated time of departure now only in the last week of February, we will have at least two weeks’ delay. And even then, in China we do not know if we have enough quality control people, trucking, and customs brokers in order to get those shipments out.”

The supply chain manager for a shipper group in Europe said most of his container volume was shipped out before Chinese New Year, so there was no immediate problem with shipments.

“But where we are seeing problems is in production, trucking, and cargo inspection in China with a lack of available staff. So we don’t know how this will look for the rest of February and March,” the source told JOC.com.

Measures to combat the coronavirus are also disrupting cargo moving from China to Europe via Russia, with Russian logistics providers expecting a decline in container volume until at least the second half of February.

Andrey Razbrodin, president of the Russian Association of Textile and Light Producers, said shippers were facing serious delays bringing containers from China, mainly due to increased biochemical controls being implemented at Russian borders. He estimated the annual volume of textiles and light industrial goods transported from China to Russia to be 300,000 to 350,000 TEU.