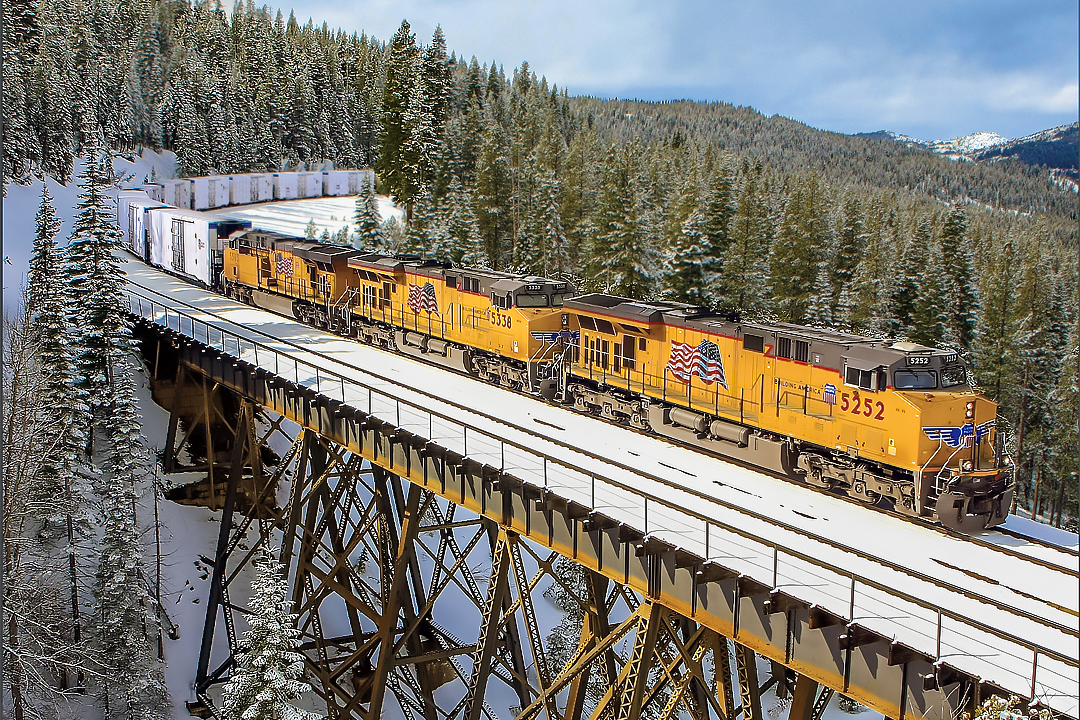 Union Pacific Railroad has closed its Cold Connect reefer service, citing low volume due to the COVID-19 pandemic and competitive truck rates. The refrigerated service was used by West Coast shippers sending perishables to the Northeast.

In a May 8 notice, employees learned no more trains would leave warehouses in Delano, California, and Wallula, Washington, and that UP’s warehouse in Rotterdam, New York, would be permanently closed. Shippers with goods tendered to UP will be delivered, but no new business will be accepted as an orderly shutdown takes place.

The direct-to-shipper service was sold through Loup Logistics, a subsidiary of UP that also acts as an intermodal marketing company (IMC), selling capacity on trains. But it’s the large IMCs, investing in temperature-controlled services, that caused Loup to have trouble winning business. Sources told JOC.com that UP’s Cold Connect struggled to compete, particularly against BNSF’s temperature-controlled expedited intermodal.

“This decision was not made lightly,” UP said in a statement to JOC.com. “Since acquiring the Railex assets in 2017, employees diligently worked to grow volumes and create a platform for the future; however, with COVID-19 impacting volume and truck prices, it is no longer sustainable to continue operations.”

Shippers using the UP service often shipped apples, broccoli, cauliflower, onions, potatoes, watermelon, and wine and beer, among other products. The service ran five days per week, interchanging with CSX in Chicago, and took one week to be available for pickup in eastern New York.

While UP has shuttered its reefer service, other asset-owning IMCs are expanding their temperature-controlled options, some of which include BNSF’s expedited intermodal service.

J.B. Hunt will double its refrigerated container fleet this year, passing C.R. England to become the IMC with the largest fleet of reefer containers. Hub Group recently purchased 300 Slimline reefer boxes. Both have seen the potential for margin expansion through this new business line.

Infinity Intermodal, for example, began a three-day reefer intermodal service this month from Salt Lake City to Chicago, and in 2019 launched a service from Washington and Oregon to Minnesota.