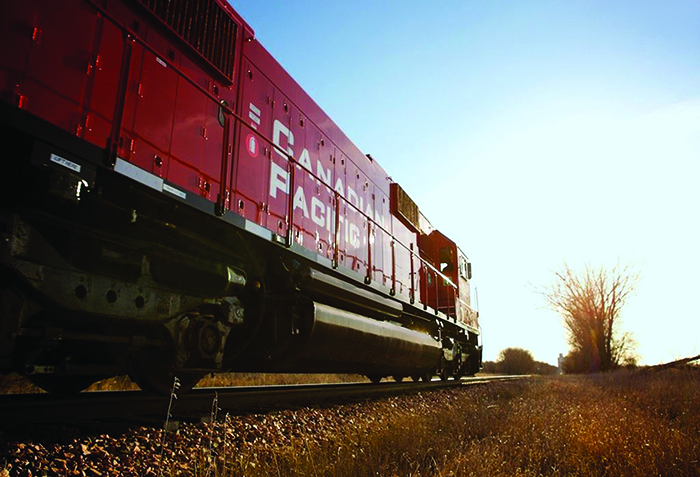 U.S. and Canadian rail regulators will be getting an earful from shippers on either side of the border if a proposed Canadian Pacific and Norfolk Southern railway merger goes through.

At the very least, shippers are tentative about a new era of North American rail consolidation. At most, they’re flat-out against it, saying consolidation would reduce service levels in the short term as operations are merged and dampen competition, which many say is already low.

“The one thing I have not heard is any shipper comment to the effect of ‘What we really need is greater consolidation in the Class I railroad industry,’” Bruce Carlton, president and CEO of the National Industrial Transportation League, the largest U.S. shipper group, told JOC.com.

How much shippers push back could determine how the U.S. Surface Transportation Board and its Canadian counterpart, Transport Canada, respond to the tie-up, one that CP now says would begin as an initial holding trust before evolving into a straight merger with full regulatory approval.

According to a recent Cowen and Co. poll, rail shippers by and large also oppose Harrison’s proposed acquisition of NS. The Wall Street research firm found that 71 percent of respondents opposed a merger between the two companies, citing fears over fewer options and higher pricing. Nearly half said they would officially voice their opposition to the STB, should NS take CP up on its offer.

NS shareholders have now rebuffed two offers from CP and they’re expected to turn down a third $45 billion deal in the coming weeks. That hasn’t stopped the Calgary-based railroad, which has said it will not back down in its increasingly hostile play for NS. It also hasn’t stopped U.S. and Canadian customers from speculating, questioning and raising concerns over the proposed deal.

Carlton’s group, the largest group representing shipper interests in Washington, has made no official announcement on CP’s proposed merger.

However, Carlton did say, “League members, and probably shippers generally, will be most interested in any potential impacts on competition, service and of course pricing.”

CP’s leadership has maintained that a merger could only benefit those three core concerns. CP leadership has said that a CP-NS transcontinental railroad could help mitigate the services issues that have plagued the North American rail industry since the devastating winter of 2013-14 as well as offer a larger network, and therefore more options, to shippers. The railroad has even gone so far as to say the tie-up would improve fluidity through Chicago, the top U.S. freight hub and historic chokepoint for intermodal traffic.

“Optionality, agility, efficiency and service are at the heart of our proposal and we urge all stakeholders to examine the benefits of a CP-NS combination,”  CP President and Chief Operating Officer Keith Creel said in a statement this week.

Given historical service problems from consolidations however, like the 1993 merger of Burlington Northern and Santa Fe railroads, not everyone is convinced. Moreover, the precedent that merger set could compel the U.S. Surface Transportation Board to impose conditions on a merged CP-NS railroad related to service levels, such as the frequency with which cars will be delivered to and picked up from shippers, the men said. Such service conditions necessarily would threaten CP-NS’ freedom to structure its operations.

“With history as a guide, another potential merger causes, at a minimum, major concern among FRCA and freight rail-dependent shippers,” Ann Warner, spokeswoman for the FRCA, told JOC.com.

The group, formerly known as the Consumers United for Rail Equality, has said it has not taken any official position on the merger. Warner however did add that the “FRCA remains concerned about railroad consolidation and notes that today four of the Class I carriers carry 90 percent of the freight traffic in the U.S.”

Warner’s group has also published a letter to its website penned by Democratic Illinois Sen. Dick Durbin expressing strong reservations regarding the proposal.

Like Carlton, Warner’s comments were directed at 21st century industry consolidation in general and not the ongoing CP-NS talks.

“Further industry consolidation more than likely would lead to even less competition resulting in increased costs and service glitches which can reverberate throughout the entire system,” she said.

North of the border, shippers in Canada have also expressed some doubt and discontent with the deal, according to Bob Ballantyne, chairman of the Coalition of Rail Shippers. Most shippers farther north are already less than pleased that the Canadian industry is dominated by just two players: CP and its larger rival Canadian National Railway.

“The Canadian railway scene, in terms of federally regulated railways, is essentially a duopoly,” Ballantyne said. “In terms of shippers, I would suggest that given the dual monopoly nature of the Canadian railway industry, most Canadian shippers would be just as happy not to see any further merger activity.”

Not only is there a fear that further consolidation on the continent will hurt competition and hit wallets, but could transform the U.S. rail regulatory environment.

The CP-CN duopoly in Canada has necessitated a strong hand from the country’s federal government and transportation ministry in order to ensure competition and protect consumers, Ballantyne said. Should CP succeed in acquiring NS and should other North American railroads proceed to follow suit, launching a new era of consolidation as some have already threatened, the U.S. regulatory landscape could begin to look a lot more like the Canada one.

“And that’s something you’d think that even the railroads wouldn’t want,” Ballantyne said.