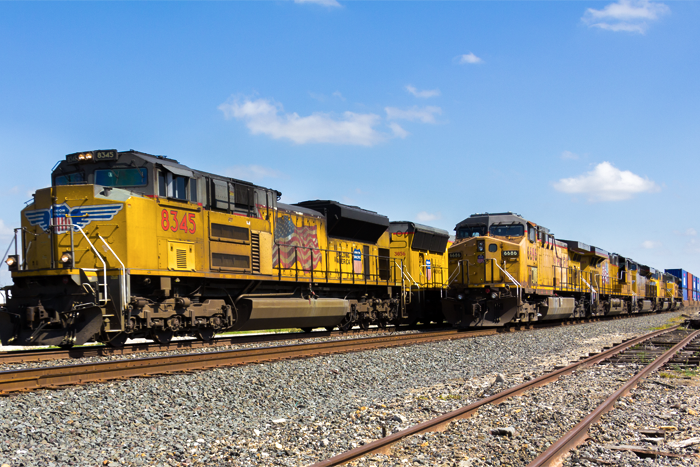 The lanes were cut in 2018 during the early stages of UP’s precision scheduled railroading (PSR) operation, known as Unified Plan 2020. Restoring the service could be a signal that UP believes it has achieved the efficiencies of its PSR plan and can begin to expand once again while not losing focus on the core tenants behind PSR.

“As a result of Union Pacific's Unified Plan 2020, and our objective of providing safe and reliable service products, we are pleased to inform you that Union Pacific will be opening a number of domestic interline lanes originating on Union Pacific and destined to various points in the Eastern United States,” UP wrote in a notice to customers.

Some said the move was linked more to an attempt to recapture lost market share.

“UP has realized that closing these lanes lost them significant market share [to J.B. Hunt Transport Services and Schneider National] and they are looking to gain it back in 2020-21,” said Robb Johnson, a California-based independent agent of Mode Transportation. “They still have work to do in effort to compete with the asset carriers.”

“The PSR service-network reductions were too severe,” added Rudy Helwich, general manager of Jillamy Inc., another California-based agent of Mode Transportation. “Their expectation to retain business via long-haul drayage did not mesh with cost and capacity realities.”

The JOC reported last August about UP considering restoration of interline service to Pennsylvania and Ohio; the company’s official list published Monday includes destinations in those two states.

UP faces an uphill battle to recover lost volume in 2020; it handled about 4 million containers and trailers in 2019, down nearly 8 percent from 2018. But the decision to restore the lanes could rejuvenate the company’s intermodal division. UP’s intermodal train speeds were down 2.5 percent in 2019, but it can point to service actually improving after flooding in the Midwest last spring, with speeds up 3 percent from July onward.

Still, UP doesn’t anticipate a recovery until later this year.

“Domestic intermodal volume is sequentially strengthening; however, we’ll continue to be impacted by truck competition in the first half of 2020. From where we sit today, we expect a more balanced supply demand in the truck market by mid-2020, which supports intermodal competitiveness during the second half of the year,” Kenny Rocker, UP’s executive vice president of marketing and sales, said on a Jan. 23 earnings call.

Where service will resume

In Ohio, UP services will return to Cincinnati, Cleveland, and Columbus in conjunction with CSX. Three routes to Philadelphia and two to Baltimore with CSX will also return. Sources have told JOC.com, however, that containers traveling through Chicago will require crosstown drays due to CSX’s policies, placing additional strain on trucking companies specializing in railroad-to-railroad hauls such as C&K Trucking and Cushing Transportation. UP did not address the issue in its customer advisory.

Interline service with NS will resume on more than a dozen lanes to Pennsylvania and New Jersey. Five routes will be restarted into Ayer, Massachusetts, which is just outside of Boston.

Will shippers use these lanes?

There are a few concerns that could cause shippers to stay away from the restored services.

Many shippers have already completed their request for proposals for 2020 transportation contracts. If those lanes have been awarded to trucking or an asset-based intermodal provider such as J.B. Hunt or Schneider via BNSF Railway, then the business is gone until 2021.

There’s also the question about UP’s commitment to the lanes — if the company eliminated them once, will they do so again if customers don’t use the service?

“If they do not get the volume, or the cross-town [Chicago] service takes 3 days [as in the past], UP probably will eliminate service again,” an intermodal marketing executive told JOC.com.

Jeffrey Heller, vice president of intermodal and automotive for NS, said there are no plans for a return interline service with UP on the same lanes. He didn't rule out, however, restoring interline services in other markets but didn't offer specifics on where or when.

"We were pleased to see UP’s announcement and stand ready to handle the volume associated with the interline services which they plan to reopen. In fact, the westbound lanes which were suspended in 2019 did not impact a lot of volume, so we do not see the justification to make a similar announcement. We will, however, continue to work closely with our customers to identify new, or reinstituted lanes across the network which match with their demands and generate value for Norfolk Southern," he told JOC.com.