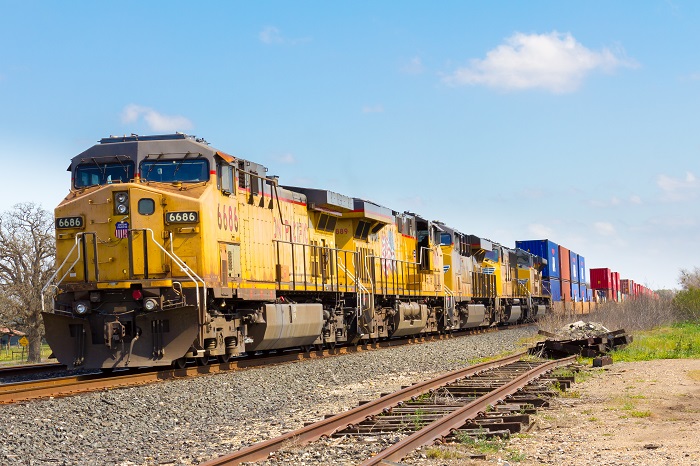 Union Pacific Railroad and CSX Transportation have announced significant changes on how cross-country cargo will be handled in 197 origin-destination pairs beginning mid-September, sending shippers scrambling for trucks and creating an unplanned increase in transportation costs at the height of peak season.

UP sent a notice to shippers on Aug. 3 that the UMAX interline service would cease in 197 lanes on Sept. 17, blaming CSX service changes. CSX called the service change necessary to manage evolving needs, the first step in CEO Jim Foote’s vision to implement precision railroading into the intermodal network. Rather than waiting until January, service will change mid peak season, fueling the ire of shippers who believe Class I railroads prioritize shareholders over them. Railroads counter it’s possible to simultaneously provide excellent customer service and low operating ratios.

The decision was the result of unsuccessful negotiations between the two over using flat cars and container blocking in markets such as Chicago. Blocking would have allowed CSX to send the containers on their way without breaking them up based on final destination, thereby saving time.

“CSXT has communicated a new interchange plan to the Union Pacific with a goal to enhance reliability, create more consistent freight flows and provide a superior service product to our customers. By simplifying steelwheel interchanges in Chicago, reducing multiple work events and gaining efficiencies through nearby market shifts, we are confident your freight will benefit from the improved effectiveness of our jointline service,” the railroad wrote in an Aug. 7 notice to customers.

In a statement provided to JOC.com, CSX said that it coordinated closely with UP on the effort and worked together to provide ample notice of the changes.

By slashing service in low-density markets, such as upstate New York, resources can be redeployed to larger markets with higher cargo volumes.

“We are committed to helping customers adapt and working to provide alternative options to meet their transportation needs,” said Raquel Espinoza, spokesperson for UP.

Few intermodal marketing companies (IMCs) wanted to speak officially but offered a frank assessment on the condition of anonymity.

“In essence, the shipper is getting screwed because UP and CSX can’t work together,” said one third-party logistics executive based in the Mid-South. “It’s happening at the wrong time. This should have been done in January when traffic is lighter.”

IMCs believe beleaguered rail shippers will question intermodal as a service alternative to truckload and less-than-truckload, although there are few alternatives because trucks are difficult to find this year.

“If I was a shipper, my faith in the intermodal market as a whole would diminish because of service problems and now this happens,” said an intermodal director of a Southeastern US logistics firm. “It tarnishes the reputation of IMCs when the railroads can’t figure out what they want to do.”

Perhaps the biggest impact is that the responsibility to book a crosstown truck in Chicago will transfer to shippers and their IMCs on the 197 lanes, sending cargo owners searching for capacity in a city where available drivers are hard enough to locate now.

“This is going to strain a drayage network that is already taxed. If UP is pushing the job onto IMCs, it’ll force them to build carrier relationships in a market where carriers have already picked who gets priority and who goes to the bench,” said a drayage owner with operations in Chicago and Memphis.

He and the Southeast intermodal director believe transit times could increase at least one day while everything shakes out.

Cargo owners could experience sticker shock on rates too, which are about 30 percent higher than a year ago, according to trucking companies. Trips from UP’s Global 1 terminal to CSX’s 59th Street facility are about $80 to $90, according to Jason Hilsenbeck, founder of LoadMatch and Drayage.com, an online intermodal directory and container-matching service. Crosstown hauls from UP’s Global 2 or Global 4 can cost about $125 and price tags from Global 3 in Rochelle are $250 to $300. CSX has two terminals in the Chicago area: downtown and in Bedford Park.

Eliminating through rates could wreak havoc on a shipper’s transportation budgets. Besides the crosstown dray, shippers will now pay separate rates to UP and CSX on the 197 lanes, although details have not been released yet. CSX offers a discount to shippers if they transport 500 containers per year — a high bar.

Ward Chaplin, a former supply chain manager for Southern Wine & Spirits, said suppliers to retailers, such as Walmart or Costco Wholesale, will be stuck in the middle.

“[The supplier’s] price is based on a set price, which includes freight costs. Now that price has changed suddenly. What are they going to do? Either suck it up and lose money or attempt to raise prices and hopefully Walmart won’t kick ‘em out,” he said.

Shippers in four markets will have to send trucks to new terminals while Southeast US traffic will interchange in a new location.

Cargo ending up near Baltimore will now be routed to Chambersburg, Pennsylvania. Philadelphia cargo will now end up in Kearny, New Jersey. Ohio freight destined for Cincinnati, Cleveland, and Columbus will go to North Baltimore, Ohio. Massachusetts cargo destined for Springfield and Boston will go to Worcester. Consolidating intermodal terminals will cause truckers to travel farther to deliver boxes.

“They are banking on reaching all of Ohio via their Northwest Ohio terminal and Pennsylvania and Maryland via Chambersburg. Both are grossly unrealistic as dray capacity in each destination market is horrendous and unable to absorb an influx of traffic, especially long-haul drays. We don't even price Chambersburg-based freight because of the severe dray deficit,” the Southeast-based intermodal director told JOC.com. There is also consternation over the Philadelphia volume being sent to northern New Jersey.

The Ohio routing is the latest effort of CSX to scrap low-volume lanes into Cincinnati, Cleveland, Columbus, and Detroit, re-routing freight into one location in north Baltimore.

Shippers based in Tennessee, Florida, Georgia, and the Carolinas will now have their interchanges moved to Memphis. CSX told shippers that this would alleviate congestion in Chicago while also providing a “more direct and reliable service” with significantly fewer miles from the existing route.

What should a shipper do now?

Cargo owners have a few options to navigate through this environment. One is to pay UP, pay drayage, pay CSX, and absorb any damage to transportation budgets. Another is to switch to UP’s interline service with Norfolk Southern Railway. Finally, a shipper could contact J.B. Hunt Transport Services or Schneider National to discuss options through BNSF Railway.

The NS alternative, however, presents a few problems for shippers. First, there is limited equipment and capacity on the interline service, so it most likely cannot handle too much new business. Second, not all markets have an NS alternative in the same city. NS doesn’t have interline service into Louisville, Kentucky. Cargo owners would have to arrange a dray from Chicago to Louisville, a 300-mile trip subject to an electronic logging device that presents a potential hours-of-service violation on a round trip without a seamless delivery.

Shelli Austin, president of Intek Freight and Logistics, said NS has been helpful in attempting to find solutions for displaced customers.

There are also problems with the J.B. Hunt and Schneider options. First, the two are already indicating capacity is tight in their networks. Second, many of the destinations eliminated are small markets where these companies don’t have a large drayage footprint.

Unfortunately, there isn’t any comprehensive solution. Shippers will face new hardships in the 197 lanes during a frantic time of the year when space is already short in supply, sending IMCs back to the drawing board to develop solutions for their customers.