Container congestion ripples to US interior

Container congestion ripples to US interior 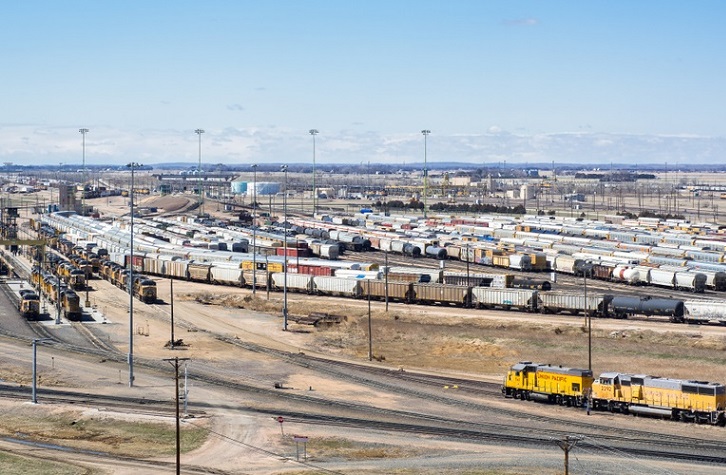 The surge of imports into the port of Los Angeles and Long Beach causing congestion in December is now spreading to the inland US. Photo credit: Shutterstock.com.

The surge of imports into Los Angeles and Long Beach causing congestion in December is now spreading inland, although there are no complaints yet about BNSF Railway’s yards. The volume spike is also bringing back two chronic issues: chassis shortages and lack of trucker choice. Ocean carriers and terminal operators have advised that this disruption may continue until mid-to-late February, according to MIQ Logistics.

Similarily, US importers shipping through Los Angeles-Long Beach should expect congested marine terminals, lengthy truck turn times, equipment shortages, and distribution warehouses that are stuffed beyond capacity for at least another month.

“There is significant chassis tightness in several key markets as the heavy surge of imports that landed on the US West Coast prior to the New Year continues to flow to the inland terminals,” UP wrote. “There is still considerable import freight at the west coast ports, so we expect heavy volumes to continue at the inland terminals for several weeks.”

The gridlock is due to a mixture of multiple factors hurting fluidity inland. There have been 34 extra-loader vessels in Los Angeles and Long Beach since November, as imports climbed more than 20 percent in December. Beneficial cargo owners (BCOs) were shipping spring merchandise before tariffs were due to rise to 25 percent on Jan. 1, 2019. The Trump administration delayed the escalation, but containers were already in transit before the announcement.

As the surge comes inland, the cooperative chassis pools are bare. There aren’t enough for the international containers, but when these truckers volunteer their own chassis, terminal operators refuse. Meanwhile, UP is levying demurrage fees of $100 per day while the mess is sorted out, but they won’t escalate the fees until further notice.

Ayano Nakamura, a dispatcher with Senko USA, said they have had containers sitting in Global IV since Jan. 3. Drivers have volunteered to use their own chassis, but the terminal won’t oblige without permission from Ocean Network Express (ONE) and Evergreen Line, which are the two primarily affected.

“UP is claiming it’s a chassis issue, but it’s not really just a chassis issue because on Jan. 5 and 6 we took in our own chassis, we asked how we could help, and the crane operators refused to service us,” Nakamura said. “Our demurrage is in the thousands and it’s not our fault.”

UP wasn’t available for further comment beyond pointing to its customer service notice.

Under carrier haulage, also called a door move, an ocean carrier directs the drayman to use a specific chassis. Evergreen and ONE use the Chicago and Ohio Valley Chassis Pool (COCP), administered by Consolidated Chassis Management (CCM).

But Frank Klimala, a terminal manager with Horizon Freight System, believes box rules should be suspended until the situation is resolved.

“If you have to charge us for a lift, charge us. Our BCO would rather have their box delivered than sitting. They will pay the extra money for my chassis if it means their box isn’t sitting for days or weeks,” Klimala said. “The ocean carriers should instruct UP to allow our chassis. Let’s get as many boxes out of there as possible.”

The process is complicated, however, according to one source, who said unearthing containers when truckers arrive with their own chassis would disrupt all terminal operations.

Others said it’s nonsensical that UP would charge demurrage when the truckers are offering a solution.

Jon Poelma, president of CCM, said spot shortages in December in Cincinnati, Ohio, and Detroit prevented an injection of chassis into Chicago. Those situations have been resolved so CCM is concentrating on Global IV.

“It’s unfortunate to see this stuff put on the ground, but we are in the process of cleaning this up,” Poelma said. “I’d like to tell you it would be cleared Monday, but I can’t. It will take a couple weeks because it takes a lot of coordination to move the equipment.”

He understands the surge of volume was a foreseeable event but calls it a math problem.

“It’s hard to know where all the freight is going. Is it going to Global IV in Chicago, is it going to BNSF [Logistics Park Chicago] or is it going to the Ohio Valley? We had a decent forecast but not accurate enough,” Poelma said.

Containers are also piling up in UP’s Marion facility in Memphis, where the situation is about as bad as Chicago.

“We have containers sitting at the UP that have been grounded for over a week because there are no chassis available with charges being billed to importers of record. I am talking about thousands of dollars this week alone on a move where the container is in the stack with no end in sight,” said Neely Mallory, president of Mallory Alexander Logistics.

Poelma acknowledges there has also been stress on CCM’s Memphis pool, but he said the issue should be resolved soon.

“There was some pain after Christmas into the first 10 or 11 days of 2019, but containers should be off the ground pretty soon, if not already. As far as our pool is concerned, everything should be clearing up,” Poelma said.

One source told JOC there are serious shortages in the TRAC Intermodal chassis pool. TRAC is a major equipment provider in UP’s Marion terminal.

“The Memphis market is experiencing record-high cargo volumes. The current congestion at rail terminals and the resulting stress on chassis supply have been attributed to the large Trans-Pacific volumes arriving in extra loader ships,” TRAC said in a statement to JOC. “The flow of traffic should get back to normal levels once the pre-tariff surge gets absorbed into the distribution system.”

It’s not a good situation, by any means, but cargo owners can hopefully take some solace in knowing no one is spared here. As truckers wait three, four, or five hours to be serviced, other jobs are bumped to a second day causing other BCOs to experience delays too.

Permalink Submitted by makiko@senkocon... on Jan 21, 2019 8:08PM EST
Ari, This is Ted Shirota from Senko Chicago office. Thank you very much for your call last week and this article. One thing we forgot to point out is BNSF. BNSF seems they took the chassis issue seriously and had been invested for the crane for the trucker with chassis. BNSF gave up to put the container on chassis and ground requesting trucker to bring the chassis. That is why there is no congestion at BNSF/LPC. Kind regards, shirota@senko-usa.com
Rail & Intermodal›Class I Railroads›Union Pacific Railroad
International Logistics
International Logistics›Logistics Providers
Port News›Terminal Operators
Trucking Logistics
Trucking Logistics›Drayage
North America
North America›United States
North America›United States›Illinois
North America›United States›Tennessee