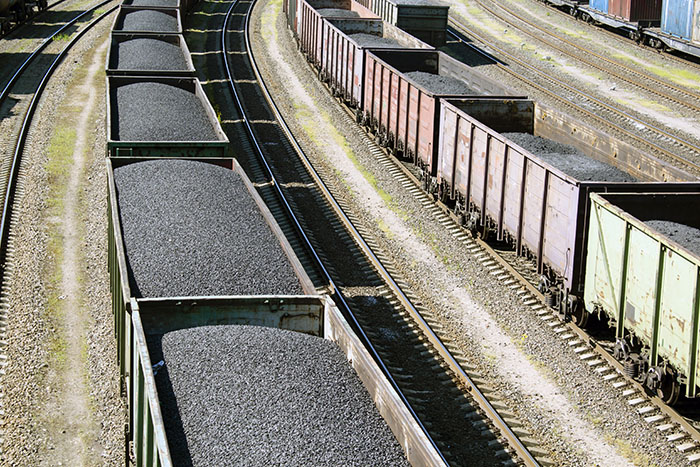 The natural evolution of energy markets away from commodities like coal that move in carloads has negatively impacted the earnings of major North American railroads.

Sometimes the normal statistics used to routinely gauge progress, although technically accurate, can provide an inaccurate impression to those who do not take the time to dig a little deeper.

Such is the case with current statistics concerning an ongoing recovery in rail carload volumes. What is going on with rail carloads has big intermodal implications because if carloads are not growing it puts more pressure on the intermodal sector to deliver the goods, in terms of volume and revenue, so that railroads can make necessary infrastructure investments.

Often one of the first measures used to gauge the health of any business or market is the year-over-year comparison. There are good reasons for its popularity. Most importantly, the comparison washes out seasonal effects because we are comparing like time frames in each year.

Based on the year-over-year measurement, the news is great and rail carloads are in growth mode. As this column was written, total North American rail carload volume (excluding intermodal) was up a whopping 9.6 percent over the most recent four-week period compared with the same four weeks in 2016.

The problem with the year-over-year measure is that it only tells us the change in volume over the past 12 months, but says nothing about when the change occurred during that 12-month time frame. This often is of little consequence because a market is growing steadily. However, sometimes it matters a great deal and this is one of those cases.

Exhibit 1, which tracks carloads per week as reported by the Association of American Railroads, reveals the problem. Carload activity is indeed running well above this time last year, producing those attractive year-over-year gains. However, the recovery occurred long ago during the second quarter of 2016. Setting aside the normal end-of-year holiday season lull, the carload trend has been flat to down since the middle of last year. Therefore, we need to dig a little deeper because these figures are raw and not adjusted for seasonality.

Just how much does carload activity vary across the seasons? Certainly, individual commodities can have a great deal of seasonal variance. For instance, grain peaks late in the year when the harvest moves. Although when you put all 20 of the reported commodities together in a bundle, the result is a diversified portfolio that does not have a lot of seasonal variation.

Exhibit 2 shows the percentage of annual volume that has been handled in each of the 52 weeks of the year over the last 10 years (excluding 2008 and 2009 because of the distorting effects of the financial crisis downturn). On average, the latest week (the 17th of the year) accounts for 1.97 percent of annual volume. This figure rises to about 2.01 percent from week 30 to 46. Thus a “peak season” week only generated about 2 percent more activity on average than where we are today.

The message is that we cannot count on a seasonal increase from current levels to change the picture dramatically. In fact, a normal 2 percent seasonal increase will not bring activity levels up to where we were during last year’s fourth quarter and the year-over-year comparison will go negative once again.

The intermodal statistics are not showing the same problem. Growth has not been concentrated in just one quarter, but volume has been generally moving up over time. This matters because railroading is a network business with high fixed costs. It needs lots of volume moving across the network to spread all those fixed costs. Although intermodal is now the largest single commodity moving on the rails, it cannot be relied upon to fill the gap alone. This is particularly true because the average intermodal container generates only about one-third of the revenue of the average carload.

For intermodal to continue to thrive and receive the needed investment, the railroads need to stay healthy. Reinvigorating the carload sector is one part of the picture. Although the industry can cut and economize its way to short-term success in the near term, a growing carload franchise is a key ingredient for the industry’s long-term well-being.

Global Shipping Outlook: A Sneak Peek at 2021
Port Performance North America: Managing Cargo Flow During a Pandemic — and Beyond
END_OF_DOCUMENT_TOKEN_TO_BE_REPLACED